(As our 2017 LISTMANIA series continues, we are joined by a first-time list contributor who is the man behind the Black Metal HQ YouTube channel — which you can find HERE — and who we’ll allow to introduce himself further below. He presents his list in a form different from any others we’ve featured here.)

Welcome to my Year-End List of Black Metal related releases in 2017 (so far)! Although a bit premature — what would this world be without lists prepared as early as November? But who am I to judge, right? That might literally be the question some of you might have, so who am I? For all you antisocial misanthropists, please scroll down and get your dose of some great Black Metal; for all the others: enjoy a little introduction about Black Metal HQ.

To begin with, the person behind Black Metal HQ: Let’s just say I am your regular metal nerd who got into the genre nearly 20 years ago. To be more specific — I had my cherry popped at a small summer party by “Nightmares” from Iced Earth, which until today remains a very pleasant memory. Being instantly hooked on “metal” and drifting through a lot of metal genres with proportionally little Black Metal escalations I rediscovered the darker spheres through Spectral Lore’s III and Mare Cognitum’s Phobos Monolith in 2015. If for some reason you are not familiar with those two albums, please stop reading now, head over to Bandcamp, and come back in 2 hours after enjoying yourself (whatever floats your boat, yo). 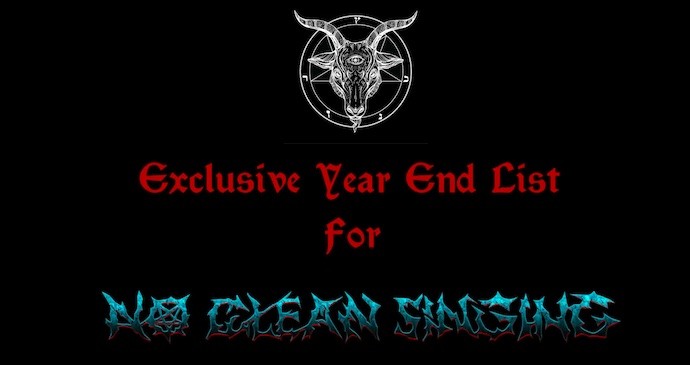 Fast forwarding to the end of 2016, I had nearly 250 black metal albums in my spreadsheet that I’ve checked out (I guess I am also a statistics/numbers nerd) and somehow had the compulsion to share some of the music that I enjoyed so much during the year. Not being very active on any metal platforms or having friends who listen to Black Metal, I came up with the idea to create a channel that sums up the best releases on a quarterly basis and presents them as short sound snippets of songs. Nothing entirely new, but also non-existent in BM so far (correct me if I am wrong and potentially missing out on some great site). So, say hello to Black Metal HQ on YouTube.

At this point I have listened to more than 500 releases this year. For anyone thinking, “Well that is not even two albums a day,” and Islander laughing out loud while reading this — it is actually very time-consuming, with the whole process of archiving everything, reviewing the albums, and rating them. To spare you all this hassle is another reason my channel exists. Except if you’re a masochist, having fun keeping track of every release during the year, you will enjoy it in a weird way I guess.

Before I throw my video to the wolves, let me give you a little insight into my thought process behind the list. In contrast to my regular videos, where I sacrifice potential “greatness” for a bit of diversity, this list consists of the albums I personally enjoyed the most and got back to during the year. This makes it really tough for newer releases to compete, as I have to anticipate whether I am just experiencing a wave of euphoria for some of the riffs or if a record will suck me back in at some later stage. And in regard to quality, the top 3 albums are still ahead for me by quite some margin, but I don’t think anyone will be surprised about that.

And one last thing — I was missing my horns in Black Metal this year. No, I am not talking about more evilness in Black Metal, I am actually referring to the instrument. If you spotted some songs with horns, please let me know in the comments! If you have no clue what I am talking about, check out Habergoaß by Lunar Aurora for example. Enjoy.