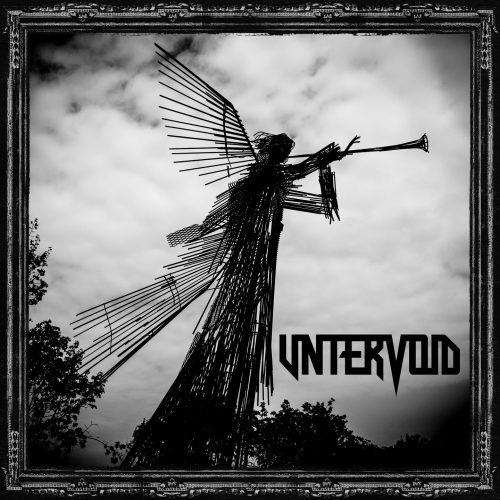 Those of you who are familiar with our frequent premieres know that we always accompany the music with our own thoughts about what you will hear. There are times (though not often) when I think it might be a mistake to include a review, both because I fear my words will be pathetically inadequate and because even an adequate description might threaten to spoil a jaw-dropping surprise. This is one of those times.

The self-titled debut EP of Untervoid is in fact a cavalcade of surprises, an almost chaotic but ingenious conglomeration of stylistic ingredients that may in fact defy at least my own meager descriptive powers. And even in making the attempt to convey the sensations of sound and emotion, I might be reducing the impact of what you would experience by simply launching the player without further ado. But, for better, or more likely for worse, I’m forging on anyway. 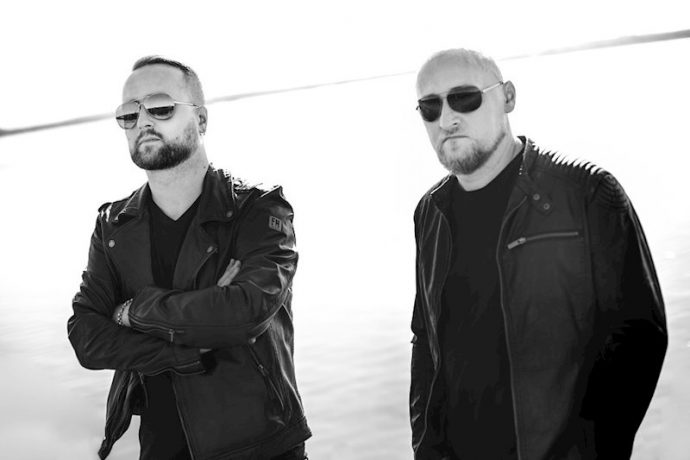 Untervoid is a project formed during the summer of 2015 by Destroyer (Kriegsmaschine, ex-Hate), who is responsible for all vocals, all strings, and electronics, and drummer A. (Armagedon, ex-Lost Soul, Azarath-live). Their creative collaboration has yielded the four songs you will find on this EP, which will be released by Osmose Productions on January 26. And once you hear the music, I think you will be heartened to learn that Untervoid is preparing a debut album that will also be released by Osmose.

To return to the music, it has a pronounced experimental quality, in the sense that the musicians have drawn from such a rich and varying wellspring of stylistic ingredients, and have blended them in such unexpected yet intoxicating ways. The results are at times macabre and bizarre, discordant and disorienting, and even hallucinatory. But this duo are just as adept at getting your head nodding as they are in spinning it all the way around.

It’s probably a fool’s errand to attempt to identify all the ingredients, or the multitude of tones and sounds that Destroyer has coaxed from his instruments. They range from black metal to gothic rock, from progressive metal to industrial, and much more. It’s a swirl that one might not expect to satisfy, but it does — in spades — though it might take a bit of getting-used-to.

“Messer”, for example, is a high-speed kaleidoscope of crazed twists and turns — hammering drums spliced with bursts of blasting; bounding bass lines; riffs that blare and jar and skitter in a frenzy; and near the end, a transformation to slow guitar pulses and pile-driving rhythms as a foundation for demented soloing.

“Twilight”, on the other hand, is at first more grim and brooding, a blend of hammering beats, pounding chords, and a weird slithering lead. The pace does accelerate, and like the first track it dramatically changes again near the end, delivering a compulsive rock beat and a head-nodding riff that won’t be denied.

There’s something of a grim and brooding quality to parts of “Radiant Divinity” as well, though it begins with rolling double-bass thunder and a head-snapping snare rhythm. But just wait, because it not only rocks, it also becomes discordant and deranged, pulsing with an alien vitality, the drum patterns in an almost constant state of flux.

One very large surprise is still to come. The long closing track, “Inner Shrine” builds from a ghostly tripartite guitar intro into a glorious crescendo near the end, with a surprising, beautiful instrumental interlude in the middle. And lots of other things happen in between, but for once, I’m just going to let all of that be a surprise.

This really is a wonderful EP. Can’t wait to hear the album. For ordering info, check the links below.