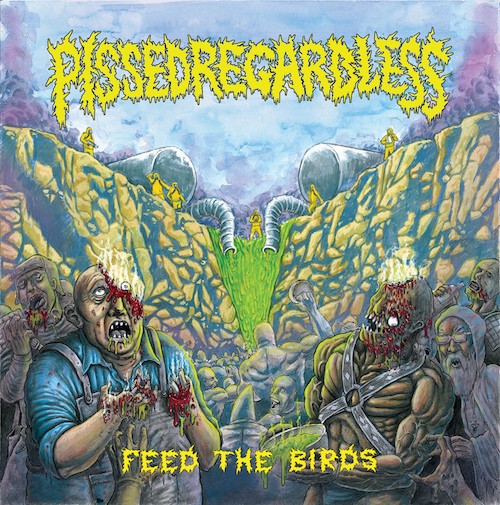 The very name Pissed Regardless tells you some of what you need to know about this San Diego band, but there’s also more going on in their music than head-battering expressions of rampant rage and disgust, as you’ll find out when you let “Trust No Pulse” run roughshod through your cranium.

That’s the name of the song we’re helping the band premiere today. It comes from a new 7″ EP named Feed the Birds, which will be released by Oakland-based Creator-Destructor Records. It follows the band’s two full-length releases, 2013’s self-titled album and 2015’s Force Fed Gods. 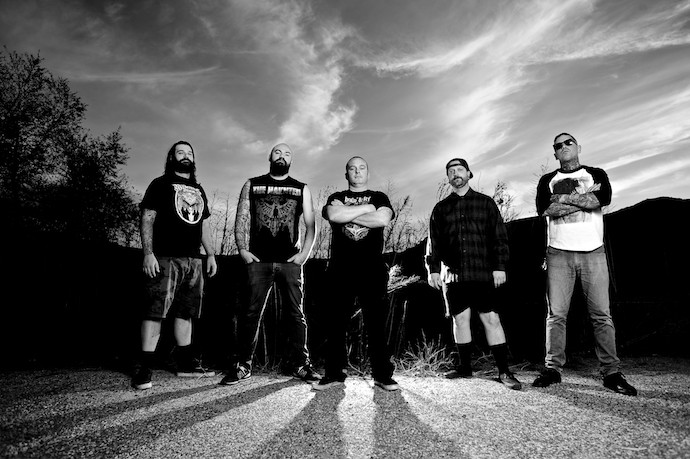 There was a time when Pissed Regardless had more 30-second songs than anything else, but the material on this new EP stretches out… though the idea of extended length is of course a relative term. “Trust No Pulse” goes all the way to 1:15. But as comparatively short as the track is, it still gives the band a chance to show they can pack some twists and turns into their sudden eruptions of mayhem.

Pissed Regardless discharge blasts of high-speed hardcore that include influences from thrash and grind as well as punk. “Trust No Pulse” is definitely propelled by a romping punk energy, and the rapid-fire lead vocals exude a rabid, coming-for-your jugular vehemence. It gets the blood rushing, but it’s the little nuances in the song that give it flair as well as fury — the bubbling bass notes that sync up with the bursts of drum hammering (and rise to the surface in other places); the flickering freakishness of the lead guitar; the gang shouts that make you want to shout right along with them; and an almost soaring quality to the melody as the song hits its peak.

As for the track’s subject matter, vocalist Matt Gerke tells us:

“‘Trust No Pulse‘ is a song about the current world affairs. We feel that something is going to happen that creates a domino effect, exposing the centuries of lies, false histories and the shadow government that’s been running the globe. The music for this song was the first piece of material that Chris brought to the table when he joined the band and holds very true to original PR songs. It’s short, aggressive and straight to the point.” 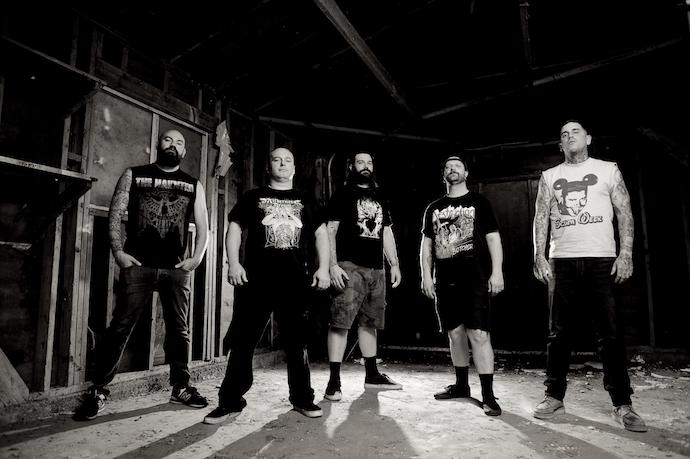 Feed the Birds includes five tracks and is adorned with a piece of ghastly, gory, slimy cover art by Richard Sampson. It was recorded with Jeff Forrest at Double Time Studios in San Diego. To find out how to acquire the EP, check the links below (and visit the Bandcamp page to hear another track):