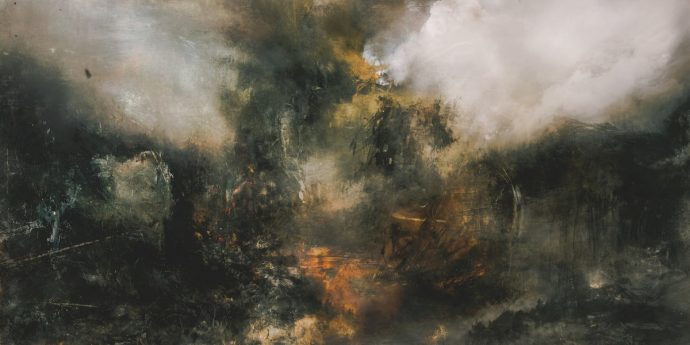 This music is meaner than a junkyard dog, crazier than a shit-house rat, as grim as a lung cancer diagnosis, as brutal as a crowbar to the back of the neck. It screams murder, and then delivers. It’s a good thing it’s an EP; a full album might put listeners in the hospital.

I’m referring to In Hell, by a band of marauders from Edmonton, Alberta, who call themselves Feeding. The EP will be released on February 2nd, shortly before the band go out on tour, but we have a full stream for you today. 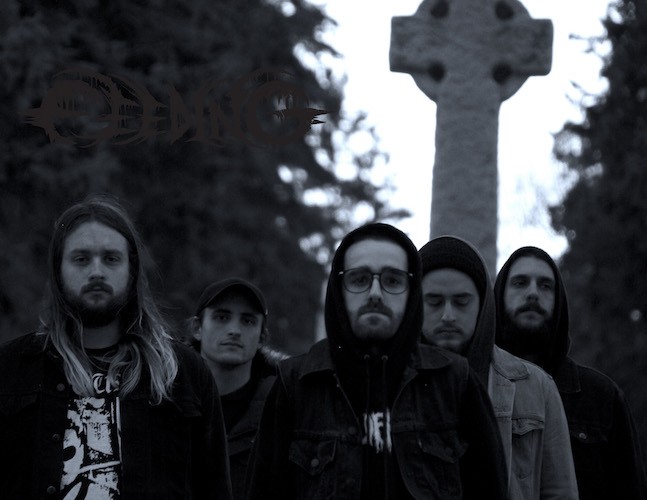 On In Hell’s four tracks, Feeding discharge a frightening hybrid of savage, midnight-dark hardcore and death metal, concocted from hard-slugging drumwork, bass lines you can feel in your intestines as much as hear in your ears, an array of gritty, grimy, girder-thick riffs, and vocals that are terrifying. And by that, I mean it sounds like the vocalist is tearing himself inside-out. It makes you want to ask, “Is he okay?!? He can’t possibly be okay… there’s blood coming from his eyes… shouldn’t we call an ambulance?!?”

There’s plenty of violent energy boiling in these songs, though the band is prone to gear-shifting in their rhythms and pacing. The drumming stops altogether during “In Hell” while the vocalist splits his throat over moody, dreamlike guitar exhalations and a warm bass thrum. The eminently headbangable lead riff in “Hollowed Skull” transforms into a fat crawling maggot, oozing filth. Theres an especially thick, groaning and growling riff in “Stuck Pigs”. And “Chaotic Neutral” begins as a mid-paced crusher, with a queasy melody behind it.

But these uneasy pauses don’t last long before the mosh-worthy rampaging and trauma-inducing clobbering begins again. And just to make everything even more unsettling, there are times in the opening and closing tracks when a very eerie, wailing guitar melody enters the fray.

In a nutshell, In Hell makes you feel like you’re in hell, but you’ll roast in these flames with an evil smile on your face.

Look for the EP on Bandcamp via the link below.