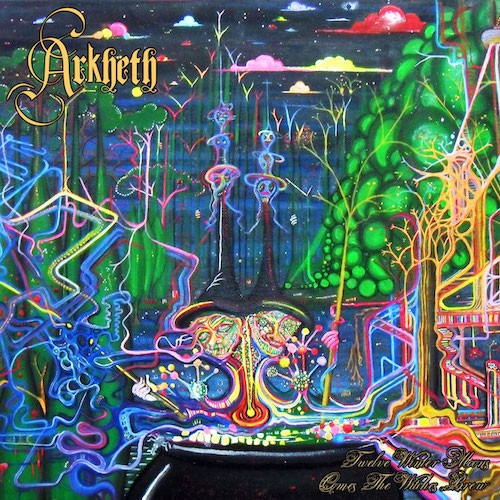 Prepare yourselves for a bewildering and bewitching piece of sonic sorcery, as we premiere a track appropriately named “Trismegistus” from the third album by the Australian experimental black metal band Arkheth. The album, entitled 12 Winter Moons Comes The Witches Brew, will be released on February 20th by Transcending Obscurity Records.

This new song, like all the others on 12 Winter Moons…, makes you wonder how it could have been conceived from a blank slate, and then makes you wonder further how the ideas could have been realized so well in the execution. It is a strange and wondrous cornucopia of sounds, almost labyrinthine in its abrupt twists and turns, and with psychoactive properties as well, producing an effect on the listener that’s disorienting but also beguiling. 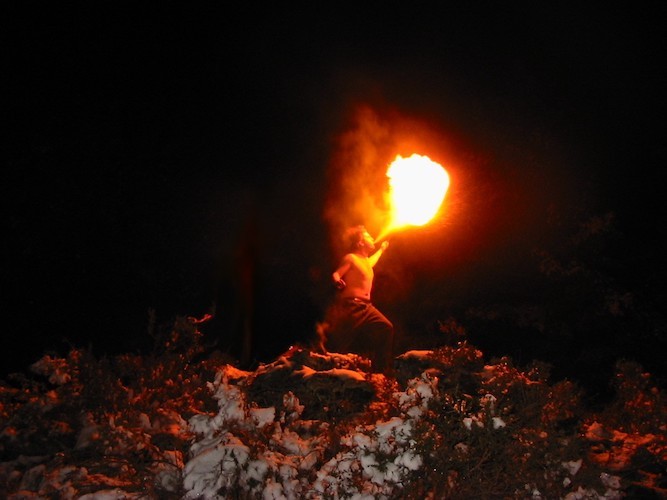 The first time through the song may simply leave you startled, but with the music’s melodic accents lingering like an exotic perfume. Additional trips through the song lead to a greater understanding and appreciation for what you’ve heard, and perhaps unexpectedly, the song’s macabre contortions become increasingly captivating.

There’s a black metal framework beneath all these twisted, thorny vines and night-blooming flowers — episodes of blasting drums, attacking tremolo vibrations, and cracked, snarling vocals redolent of malicious evil. But what’s incorporated within and around that framework is what really makes the music so different:

A mix of wailing chords and writhing leads; soaring ambient layers that lend the music an air of grandeur; bursts of shrill guitar discordance and the freakish blurting of a saxophone; martial snare patterns and a down-shift into a slow, loping gait; the ratcheting of tension and the emergence of ominous, haunted melodic accents; injections of spoken-word samples as the music boils in a cacophonous frenzy; the melody developing a heart-aching, sorrowing shade, mixed with the urgency of incipient madness; and as the sound subsides at the end, words whispered in your ear.

It’s a heady trip, and a haunting one, a creation that seems to straddle a line between ingenuity and insanity. And these words I’ve written can only take you so far. There’s really only one way to discover whether this will appeal to you, as it has to me — press play below.

Arkheth is the solo work of Tyrone “Tyraenos” Kostitc, with saxophone performances on the album by Glen Wholohan. The colorful cover art was created by T Bare McClough, and the logo by Mark Riddick.

Transcending Obscurity recommends the album to fans of Oranssi Pazuzu, Sigh, Emperor, Arcturus, Ihsahn, Pan.Thy.Monium, Somnium Nox, and Norse. It’s available for pre-order via the link below. With our own premiere, you’ll now have the chance to listen to four of the five songs on the album — the other three are available via the Bandcamp stream we’ve also included.

One Response to “AN NCS PREMIERE: ARKHETH — “TRISMEGISTUS””