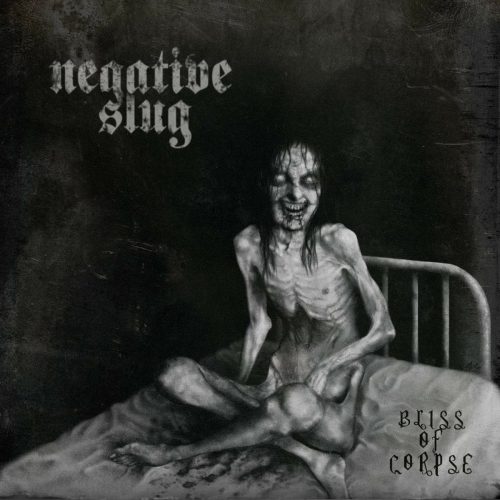 On February 9th — tomorrow — Cimmerian Shade Recordings will release a new EP by Negative Slug from Zagreb, Croatia. Before this record, the band had released a trio of EPs and a debut album. I hadn’t heard any of them, but I read the song titles before listening to the new release.

As a representative sample, they included tracks named “Horrendously Noxious”, “Black Smoke Atrocities”, “Rotten Existence”, “Thermal Piss Eyes”, and “Blotted Rotted”. I began to expect something foul and mean-spirited was headed my way. And of course the name of the new album is Bliss Of Corpse.

Some of the song titles on the new record can be found on the earlier releases, as well as the title track and an ode named “Slugs & Snails”. I was not expecting happy or polite music. Aural hell was what I was expecting. I mean, look at that creepy-as-shit album cover up there. 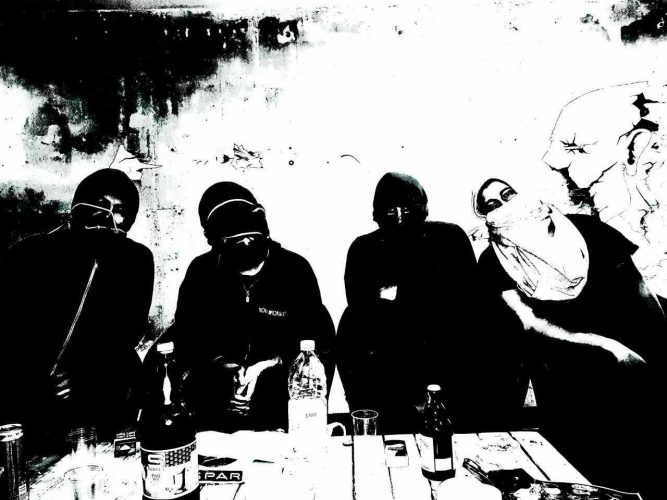 Having now heard Bliss Of Corpse, I can say that it is indeed a brutal and unforgiving experience, a calamitous sludge/doom head-wrecker and soul-shredder with a toxic atmosphere. But it’s also a massive head-mover and body-shaker, because there’s some potent, albeit sadistic, riff mastery on display here.

The songs are mainly mid-paced, with the occasional drop into a crawl and the occasional acceleration into rampaging juggernaut mode. The distorted riffs are as thick and gnarled as old oaks, the melodies feeling like an encapsulation of disease and decay. Combined with merciless, jaw-fracturing drumwork, they do compel movement, even if they make you feel queasy in your guts and hopeless in your outlook.

As for the vocals, these insane, shattering shrieks fall somewhere between the sound of a man boiling in oil and a panther fighting for its life. And as a further unsettling accent, the songs are spiked with squalling, narcotic guitar solos. I mean, you might as well hallucinate while you’re being punched in the kidneys by these bleak bruisers.

And don’t forget to do some neck exercises, because heads will bang. 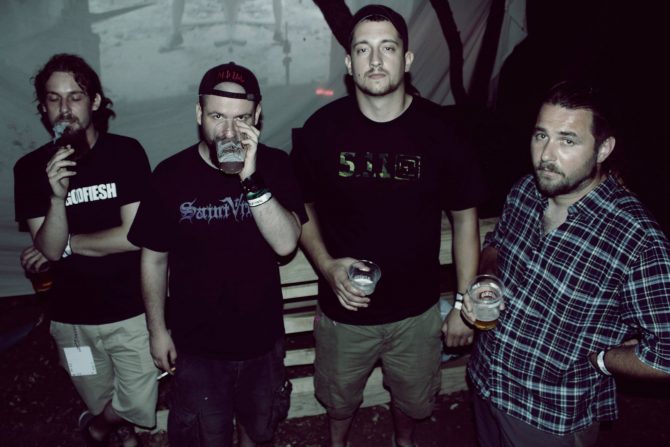 As mentioned, Cimmerian Shade will release Bliss of Corpse digitally on February 9. A vinyl edition is expected in the coming summer of 2018.