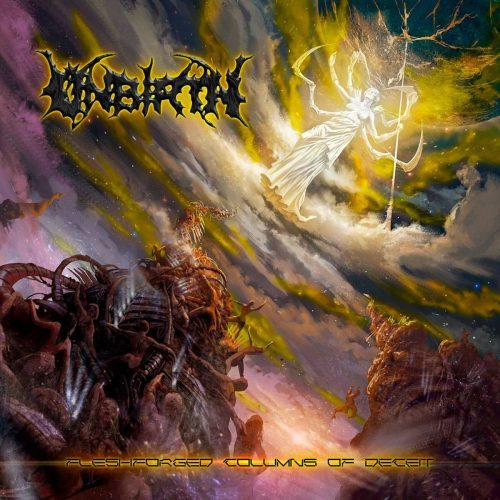 The connoisseurs of extreme metal brutality at New Standard Elite are poised to detonate an obliterating new destructive device, in the form of the second album by Italy’s Unbirth. Entitled Fleshforged Columns of Deceit, the album is projected for release in April, but we have an electrifying burst from the album today through our premiere of the record’s opening track, “Tumults of Collective Anguishes“.

This new song is a fine example of Unbirth’s capacity to mount sonic assaults that are both savagely brutal and technically eye-popping. Flying at rocket-fast speed and with razor-sharp precision, the band create a feeling of heartless, frenzied viciousness, combined with skull-fracturing explosions of power. 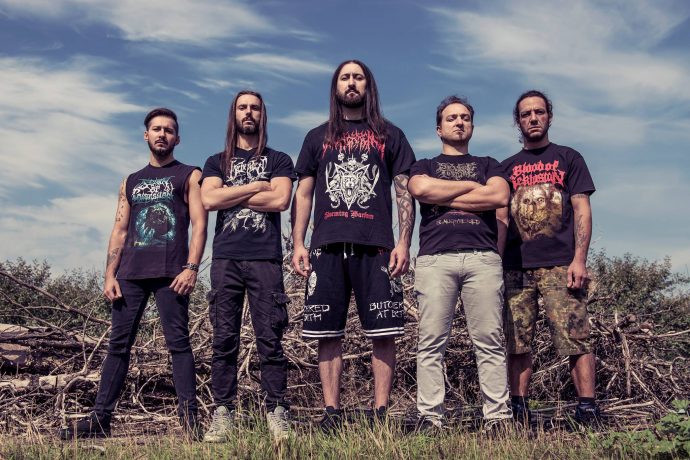 The song hits hard, with a torrent of riffs that skitter and jolt, anchored by a blazing-fast drum-and-bass attack. Vocalist Michele Sassano bites off the words in a raw howl; fret-leaping leads and freakish string squeals jump out from the maelstrom, along with bouts of jackhammering groove; and to add extra destructiveness to this nuclear-themed track, you get gigantic bass drops that sound like nuclear detonations.

This slaughtering new album features cover art by Federico Musetti. To stay abreast of release details, follow the links below.

2 Responses to “AN NCS PREMIERE: UNBIRTH — “TUMULTS OF COLLECTIVE ANGUISHES””