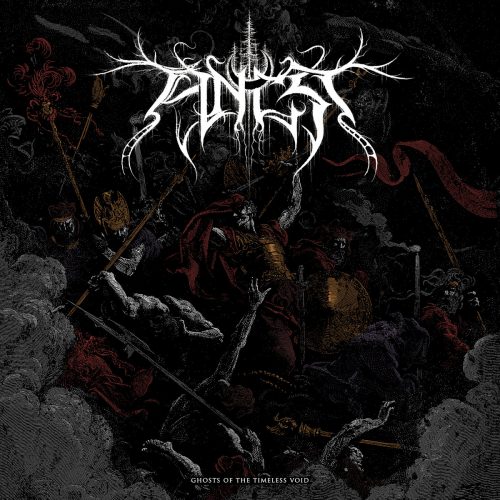 (Andy Synn reviews the new album by the German genre-benders in Ancst, which will be released on March 2, 2018.)

There are certain albums which hit you hard immediately, with a violent, whiplash-inducing punch right to the face. Then there are albums which deliver a slower, deeper, longer-lasting burn.

But the best albums are the ones which manage to do both, smacking you upside the head and knocking you flat on your ass, while also leaving the sort of heavy bruising which guarantees you won’t be forgetting the experience any time soon.

Now Ghosts of the Timeless Void, the second album by German blackened ‘core-collective Ancst, is most definitely one of the former… but only time will tell if it’s also the latter. 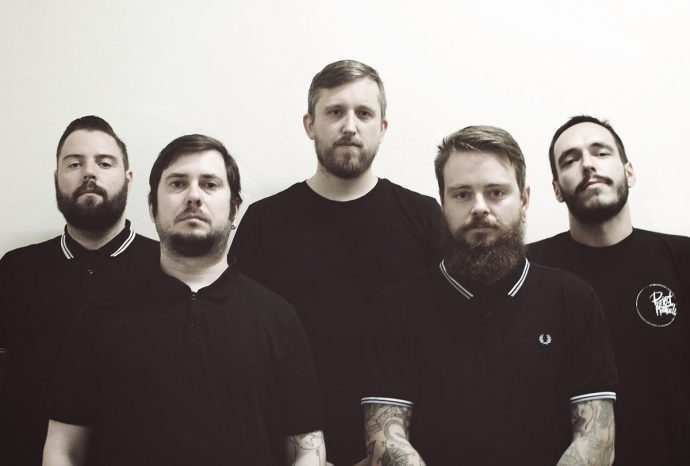 It’s probably worth noting straight away that Ancst’s fusion of blistering Metallic Hardcore and crusty Black Metal is, by its very nature, about as “impure” and as un-kvlt as it’s possible to be – more Darkest Hour than Dissection, more Heaven Shall Burn than …When We Are Gathered – with the band preferring to deliver their fiercely aggressive, socio-political message through an unbounded medium of chugging riffs, rampaging tremolo runs, and tumultuous percussion which draws from multiple sources and sub-genres without being overly beholden to any one particular style.

However it should also be pointed out that Ancst are no mere dilettantes, and are careful to avoid the temptation to try and be all things to all men. Rather their music is the result of taking these influences – Punk and Hardcore, Black Metal and Crust – and melting them down to their common core, in order to forge something new from the molten metallic essence which remains.

The album’s first track, “Dying Embers”, is an absolute monster of an opener that serves to immediately highlight the record’s major themes and features – morose yet heroic melodies, pulse-pounding riffage, pummelling percussion, and scorchingly visceral vocals – in a manner that’s both instantly recognisable and intuitively familiar, yet which still sounds fresh and vibrant all the same.

As a matter of fact, not only is it a fantastic way to kick off the record, but it also serves as a perfect introduction (or re-introduction) to the band’s musical manifesto, where all the boundaries between styles have blurred, and all the rules about what is or isn’t permissible have been firmly bent, if not completely broken.

The rest of the album’s eleven tracks provide multiple variants on this theme of creative cross-pollination, splicing together strands of DNA from different styles with something akin to reckless abandon.

“Concrete Veins” and “Of Gallows and Pyres”, for example, skew a little more towards the Hardcore end of the spectrum, fusing Earth Crisis style savagery with explosions of blasturbatory self-abuse, while the bruising “Unmasking the Imposters” delivers a more Death Metal heavy experience not unlike a crustier, more political take on Bolt Thrower’s explosive belligerence.

Then of course there are songs like “Shackles of Decency”, the electrifying “Republic of Hatred”, or climactic stunner “Self-Portrait”, whose blend of twisted tremolo riffs, rapid-fire rhythmic shifts, and raw, unadulterated emotion, seeks to find the common thread (or threads) between Black Metal, Hardcore, and Death Metal in denial of any and all arbitrary divisions and demarcations.

And while this approach certainly won’t win them any scene points or kvlt kudos, the band’s uncompromising, unpretentious, and resolutely underground attitude ensures that Ghosts of the Timeless Void comes across as nothing less than a shameless love letter to the metallic arts in all their grim glory and unabashed ugliness, and a welcome reminder that, beyond all the posturing and politics and toxic tribalism, there is ultimately more that unites us than divides us.

3 Responses to “ANCST: “GHOSTS OF THE TIMELESS VOID””