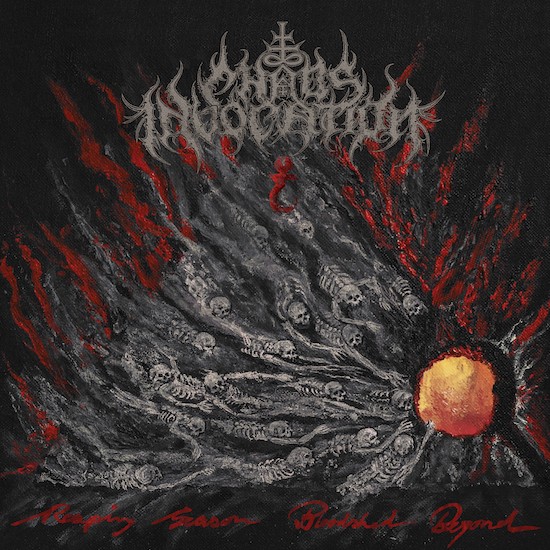 The invocation of chaos is a pillar of black metal — not the only one, but perhaps the central one, at least for those bands whose music is fueled by Luciferian flames and created in glorification of the Adversary. Yet the freedom granted by chaos has different dimensions, and so does the vast array of black metal that attempts to channel it. There is a difference, for example, between “music” that is itself simply chaos (and thus doesn’t merit the term “music” because it becomes painfully unlistenable) and compositions that cut the chains which bind us to a drab existence in ways that not only make connections to primal emotions but are also… interesting to hear. The song we present today is in the latter category.

The German black metal band Chaos Invocation proclaims its mission in its name. As time has passed, it has become more and more adept (and increasingly interesting) in the fulfillment of that mission. The progress becomes evident as you move from their second album, Black Mirror Hours (2013), and onward to the band’s 2017 split with Thy Darkened Shade (Saatet-Ta Apep) and now the new third album, Reaping Season, Bloodshed Beyond, which will be released by W.T.C. Productions on March 10th.

One example of Chaos Invocation’s increasing strength was revealed through DECIBEL’s premiere of a track from the new album (“Calling From Dudail“) earlier this year, and the one we have for you now — “MenSkinDrums Of Doom” — is a further impressive sign. 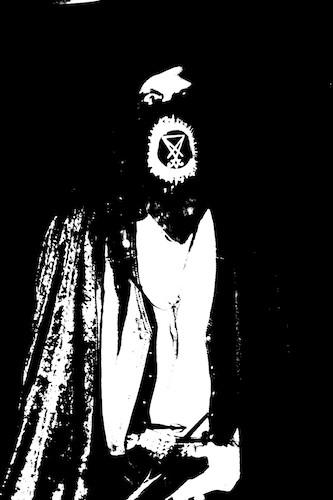 The song is a multi-faceted creation, one that evokes different emotions and energies as it moves. It manages to be both ravaging and reverent, poisonous and exultant. The tempos change repeatedly, the drumwork including both ritual rhythms and pneumatic blasting. The riffs whirl and thrash, but also create a sense of ominous power. Spiraling leads ring and vibrate with an unearthly glow. A demonic voice rises from bestial growls into wild howls of passion. And the music’s seductive emotional connections are further enhanced by a beautiful extended guitar solo whose well-crafted melody reminds us that tracks which have genuine staying power are those that really are songs.

The music on Reaping Season… is very good, and so is the cover art, which catches the eye and draws it in, and credit for that goes to Ceethava, who created the album’s front and back cover and additional drawings, and who joined with Mentalporn in the layout design. 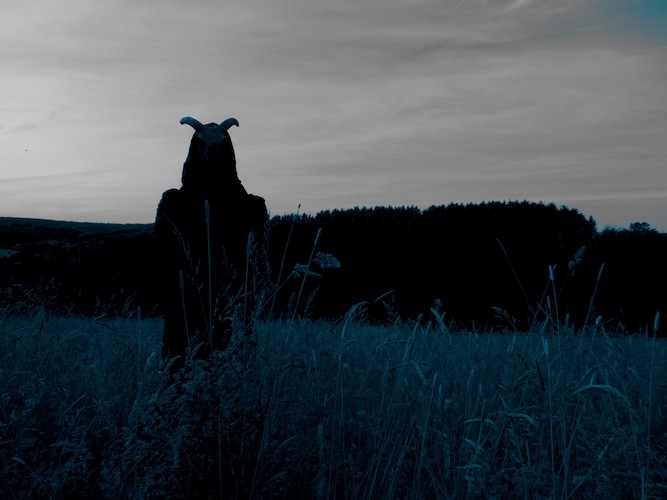 Reaping Season… will be released by World Terror Committee on CD, LP, and digitally. For updates on how to acquire the album, check the links below. We’ve also included a stream of “Calling From Dudail” along with our own premiere

TRACK LIST:
1. Where Hearts Shall Not Rest
2. Calling From Dudail
3. To Fathom The Bloodmist
4. MenSkinDrums Of Doom
5. Obsession Is Always The Answer
6. The Search Of Keys And Gates
7. Blackmoon Prayer
8. Luciferian Terror Chorale
9. Chaos Invocation
10. Bloodshed Beyond
11. Ajna Assassins Absolute

2 Responses to “AN NCS PREMIERE: CHAOS INVOCATION — “MENSKINDRUMS OF DOOM””