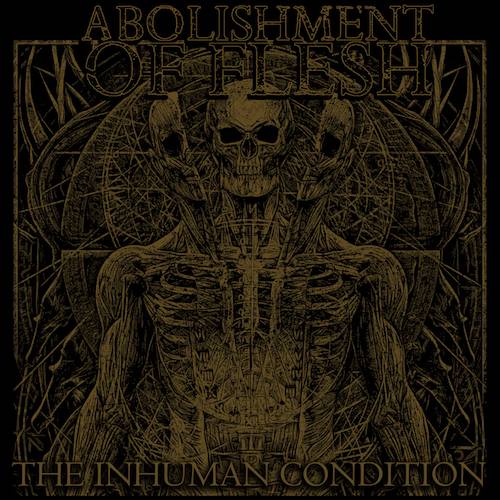 The Texas death metal band Abolishment of Flesh began life in 2006 under the name Abolishment, but after releasing a demo and a 2008 album the name was changed, and on April 20th Unholy Anarchy will release the first full-length under the band’s current name. Entitled The Inhuman Condition, it’s an 11-track assault that comes highly recommended for fans of Cattle Decapitation and Suffocation.

Today we’re bringing you an exclusive stream of the album’s opening track, “Inhuman Anatomy“. It will require only about three minutes of your time, but it will nonetheless leave you battered and breathless. 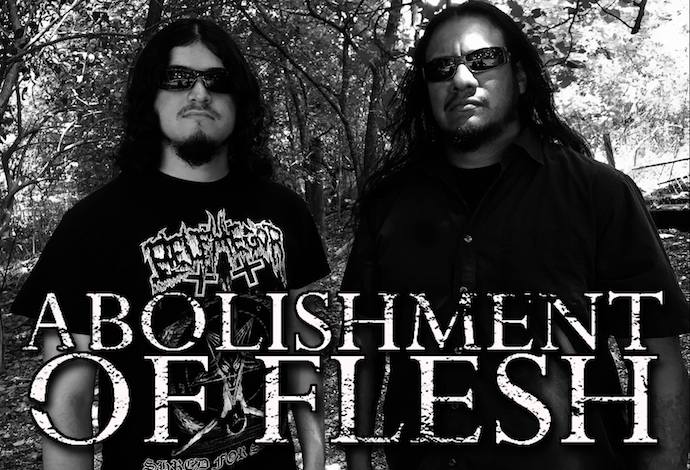 The sound of the track is absolutely massive, and its destructive impact is almost immediate. It rampages like a jet-fueled juggernaut, the bludgeoning carried out by furious percussive cannonades and the evisceration executed by relentless storms of berserker riffing — ripping and blaring, darting and warping.

One man — Ramon Cazares — is responsible for everything you hear (guitar, vocals, bass, and drums), with assistance from guitarist Izaak Chavez. And Cazares‘ roaring and howling vocals vent the lyrics just as fast as the obliterating instrumental torrent. On top of everything else in this densely packed track, you’ll also be victimized by pile-driving grooves and a serpentine solo that spirals ever higher until it’s shrieking like a banshee.

You should also be warned that this thing is as infectious as ebola (and just as lethal).

To repeat, Unholy Anarchy will detonate this weapon of mass destruction on April 20th. For pre-order info, watch the spaces linked below. And you’ll be able to catch the band on stage soon after the release as they begin a tour. You’ll find a flyer with the dates right after the music player. 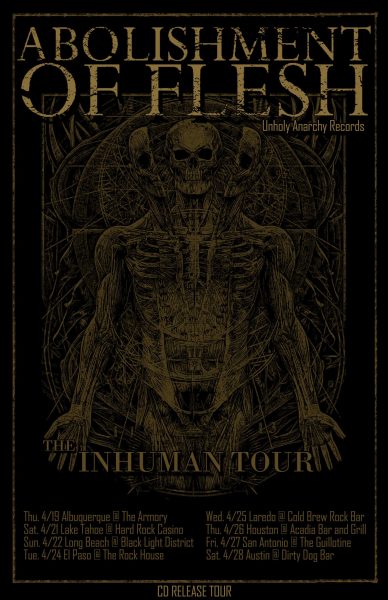 One Response to “AN NCS PREMIERE: ABOLISHMENT OF FLESH — “INHUMAN ANATOMY””