(Here’s Andy Synn’s review of the new album by Rivers of Nihil, which will be released by Metal Blade on March 16th.)

For all that we try to always pursue a positive approach to reviewing here at NCS, there’s still something to be said for maintaining a certain amount of critical distance from your subject. After all, there’s a surprisingly thin line preventing a positive critique from becoming what is, essentially, an unpaid press release and, if you’re not very careful, it’s easy to accidentally cross over from one to the other.

Case in point, if you’ve been paying attention to the profusion of hyperbole and half-baked philosophising which has preceded the release of this album you might well have come away with the impression that Where Owls Know My Name is something akin to a cross between the second coming of Jesus and the splitting of the atom.

And while it’s definitely a very good record, statements describing it as “a paradigm shift in Death Metal” or “a watershed moment in the history of the genre” have a tendency to come across as, at best, ingratiatingly insincere or, at worst, shamelessly sycophantic, and often say a lot more about the wilful ignorance or parochial listening habits of the writer than they do about the album itself.

But although the much-vaunted “new” elements on this album aren’t strictly “new” to Death/Extreme Metal – the use of saxophone may be uncommon, but it’s far from unheard of, while Rivers of Nihil are far from the first band to incorporate proggy clean vocals and atmospheric touches into their sound in this manner – what’s most important to focus on here is what these elements represent, which is a band clearly intent on pushing forward and evolving no matter what. 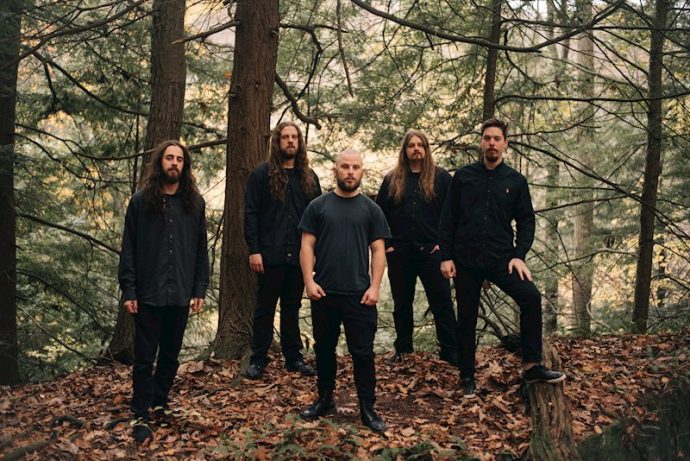 Truth be told, it would undoubtedly have been easier for the quintet to have simply repeated the same formula which made their previous record such a formidable slab of metallic might (not to mention my #1 album of 2015), and I don’t doubt it would have been one heck of a release in its own right – as both the pulse-quickening “Old Nothing” and the crushing (yet contemplative) “Death Is Real” could easily go toe-to-toe with the very best which Monarchy had to offer.

But their decision to pursue a more progressive and more ambitious path is not only a laudable one, but also one which balances both great risk and even greater potential rewards.

Granted there are certain moments where things don’t land quite as perfectly as you might hope – despite its unusually eclectic melody work and understated clean vocals, “A Home” is actually one of the album’s weakest cuts, while the initially intriguing electronic pulse of “Terrestria III” ultimately ends up feeling like an idea that needed a little more time in development – but I, for one, would much rather praise a band for stepping outside of their comfort zone, than mourn them for falling into a repetitive creative rut.

And, as you’ll no doubt discover for yourselves when …Owls… is finally released this Friday, the group’s decision to throw caution to the wind has (for the most part) paid off handsomely.

Tracks like “The Silent Life”, “Hollow”, and “Subtle Change”, for example, maintain the same mix of calculated complexity, organic heaviness, and amplified aggression, which has come to form the core of the band’s sonic identity, but build on these foundations with layer upon layer of moody melody, scintillating atmosphere, and increasingly dynamic songwriting, without sacrificing one iota of intensity or integrity in the process.

The latter in particular is perhaps the album’s real MVP, bringing together aspects from all of the group’s incarnations – past present, and future – into one effortlessly engrossing, endlessly stimulating Prog-Death dynamo which serves as the record’s extravagantly epic centre-piece.

It’s also worth noting at this point how impressively multi-layered this album is, with Rivers of Nihil frequently employing a certain amount of sleight-of-hand trickery to divert your attention in one direction – perhaps through the use of an unexpected saxophone solo, an unfettered blast of extremity, or an unannounced guest appearance – while simultaneously sneaking in a variety of other cunning twists and turns while you’re distracted, which subsequently only begin to reveal themselves after multiple listens.

By the time that the intricately arranged and intensely atmospheric “Capricorn / Agoratopia” brings things to a close (continuing, as it does so, the trend established by “Heirless” and “Suntold” of having each album’s final track be its most expansive, and one of its most accomplished, numbers) you’ll likely have already formed an initial impression of the band’s third full-length release and where exactly it falls in line with your own personal preferences.

But I encourage you to take your time and dig a little deeper before making a final judgement, as although this album is certainly more than capable of making an immediate impact, it’s also the sort of record which demands – and deserves – a much more long-term commitment, and a greater level of willing immersion, before it begins to reveal its secrets to you.

And while, to my ears at least, it may lack a little bit of the coherence and consistency of its predecessor, I can’t deny that its fearless ambition and distinctive vision ultimately make Where Owls Know My Name one incredibly compelling and unforgettable listening experience.

7 Responses to “RIVERS OF NIHIL: “WHERE OWLS KNOW MY NAME””