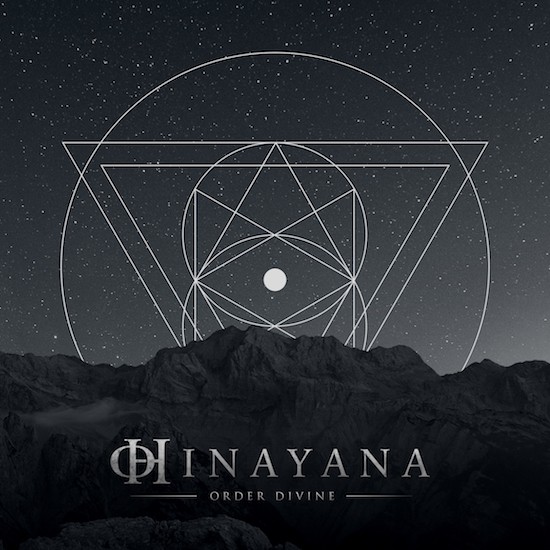 I was tremendously impressed by Endless, the 2014 debut demo by this band from my old hometown of Austin, Texas, so much so that I attempted to be more poetic than usual in my enthusiastic review. It was thus exciting to discover that Hinayana would be releasing a debut album named Order Divine on March 19th. Having now become immersed in the album for days, it has proven to be even more impressive than Endless. And so it is our great pleasure to share a full stream of the album with you today.

In the simplest terms, the music here is doom-influenced melodic death metal, but of a kind that consistently reaches heights of epic grandeur. Embracing moods of defiance, loss, and grim but glorious triumph, the dramatic, blood-pumping songs are capable of transporting listeners far, far away from the mundane, drab events of daily life, sending emotions soaring and thoughts flying into mythic realms. 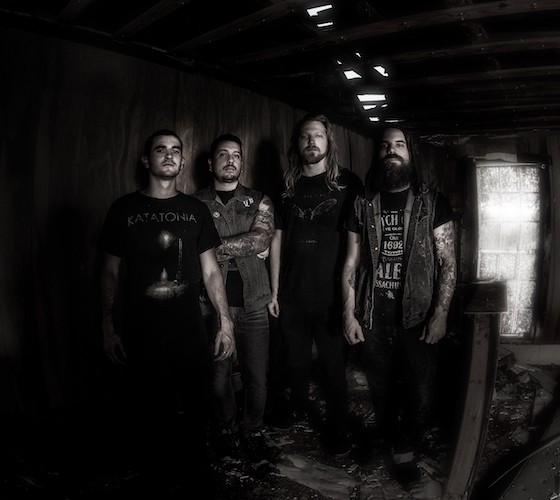 The album is marked, over and over again, by beautifully vibrant and dynamic song-writing, with powerfully evocative melodies and hard-hitting physical punch as well. Each track features remarkably catchy guitar leads that flicker, ripple, and sparkle, and waves of grand, panoramic, mystical keyboard melody. And they’re anchored by heavy-weight rhythmic drives that engage the body just as much as the melodies enthrall the mind. On top of all that, the cavernous roaring vocals are perfect for this music, lending an added layer of gargantuan gravitas and drama to this supremely dramatic music.

Following an introductory piece (“Gateway”), where ringing notes and the distant sound of rushing wind set the stage, the album opens in immediately impressive fashion with “The Window”, a song that builds in intensity and emotional force. Darting notes move against the massive crash of chords, and the song then transforms into a gale of abrasive, scouring sound, through which waves of majestic melody slowly cascade. The cadence begins to rumble and gallop, and those cavernous roars enter the frame as the dramatic melody continues to surge in its course. Those vibrant guitar notes continuing to sparkle like stars in the immense black vault of the sky, further accented by a beautiful, soul-swelling solo — and the whole song swells the soul, pulling at the heart ’til it nearly leaps from the chest.

Among the following tracks there are variations in mood, intensity, and cadence… from the blood-rushing charge and hard-jabbing riffs of “Arise” to the pile-driving grooves and fanfare-like chords of “Order Divine”, from the heavy, rumbling juggernaut of “Revelation” to the blend of heroic, soaring choral vocals and craggy bass lines that accent “Conduit Closing”. But all of the songs on the album, sooner or later, take flight, soaring on the wings of immediately memorable melodies.

In truth, the songs are more alike than they are different — except the ways in which they are alike are irresistible, never losing their intense appeal as you make your way through the record. It’s the kind of album where you could throw a dart at the track list, listen to whatever it strikes, and you wouldn’t go wrong.

Having said that, I do have a favorite track, which was the first single released from the album. “Return To Nothing” is haunting, harrowing, and unearthly. It includes ghostly clean vocals along with those spine-shaking growls, and syncopated drum-and-bass rhythms along with a grieving melody that stays with you. It’s a slow burn from its moody opening, and by the end it seems to have vaulted high above a breathtaking landscape.

But to repeat, you could start anywhere on the album, and I bet you’d be drawn into everything else it holds in store.

I hope you become as captivated by the album as I am, and if so, you can grab it on March 19th via Bandcamp. The full stream is next, along with a video recently released by the band for the title track.

9 Responses to “AN NCS ALBUM PREMIERE (AND A REVIEW): HINAYANA — “ORDER DIVINE””