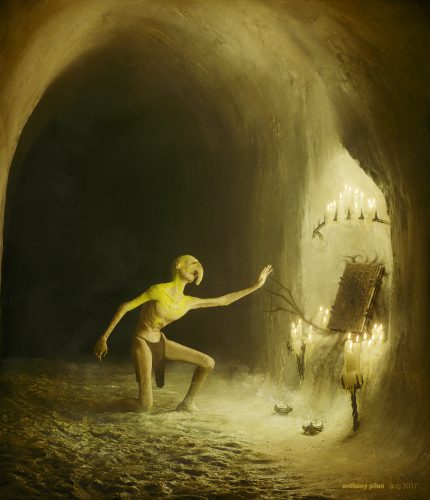 And I realise I may be putting the cat amongst the pigeons here, nor do I contend that NCS is entirely innocent in this regard either, but the fact of the matter is that a large number, maybe even the majority, of the reviews that I encounter these days tend to read more like unpaid press releases than an attempt at any sort of critical analysis/assessment.

Of course the reasons for this are pretty obvious, as the ubiquity of the internet and the rapid proliferation of internet music/Metal blogs has meant that pretty much anyone who wants to do so can now find themselves somewhere to share their opinions and insights (or lack thereof) online… or, failing that, simply start their own blog instead.

Add to this the fact that record labels and PR companies are able to distribute or withhold the keys to their promos on a whim, and some use this as a way to punish or reward certain blogs/magazines, coupled with the increasing pressure to harvest more hits, likes, and clicks which afflicts a lot of sites (you get more reposts for a 10/10 than a 7/10 after all), and then take into account the unfortunate tendency of some writers to treat every review as a quest for validation – “look at me, acknowledge me, aren’t I good?” – from their favourite artists, and you have an environment practically tailor-made to encourage servile back-scratching and shameless sycophancy, at the expense of anything approaching actual journalism.

Of course there’s a fine line between a positive review and a textual rimbjob, and I’m sure there are some people who think that, in our zeal to stay as positive as possible by covering only what we honestly want to recommend, we’ve crossed that line more than once here at NCS.

But we do usually try to present each review as a mix of both positive and negatives (as well as, at least in my case, attempting to present each album within some sort of interesting context), even though we tend to focus more on the former than the latter, and do our very best to avoid succumbing to the torrid temptations of clickbait headlines or spurious controversy.

After all we’re lucky enough that, over the years, we’ve built up something of a reputation for providing positive but carefully considered – and, above all else, honest, fair, and impartial – assessments of the artists and albums we encounter, and this isn’t something that I, or any of the other regular writers here, take for granted, or want to risk tarnishing.

On a personal level I honestly find it hard to trust any review which fails to identify even a single flaw, as I’ve never yet encountered the mythical “perfect album” in all my time writing for this site (or for any of the other publications for which I occasionally moonlight).

And I’m particularly suspicious of anyone who starts throwing around the term “masterpiece”, as it strikes me that this is the sort of status which a piece of work should only really accrue over time, and to use it in such a haphazard and carefree manner robs it of its significance.

It’s probably also worth pointing out that this feverish hype-mania doesn’t just afflict us poor, unprofessional bloggers, but is also something which affects even the so-called “real” music press (Metal-based or otherwise), although in this case it’s far more likely to be down to magazines wanting to keep their advertisers happy, or to simply keep their profit margins nice and healthy (I know full well about a number of publications for whom the top scores are largely reserved for paying customers and/or cover stars).

Well, honestly, not much really. You can’t stop people sharing their opinions online (nor should you want to). And, unfortunately, there’s no way to regulate or vet all the different blogs/writers out there to ensure that they’re all working to the same (or, at least, a similar) set of standards.

Nor can you prevent bands from sharing every 10/10 review they receive, regardless of its source (and I’m sure we’re all well aware that, with so many different blogs out there these days, it’s possible to find one for any album, regardless of quality, if you look long and hard enough).

The only real thing you can do is try to be more aware of when a reviewer has stepped over the line separating fan from fanatic, and try and react accordingly. Vote with your feet (or, more accurately, your mouse) and find the sites you trust, the reviewers whose opinions you respect, and stick with them. Hopefully one of them will be us. 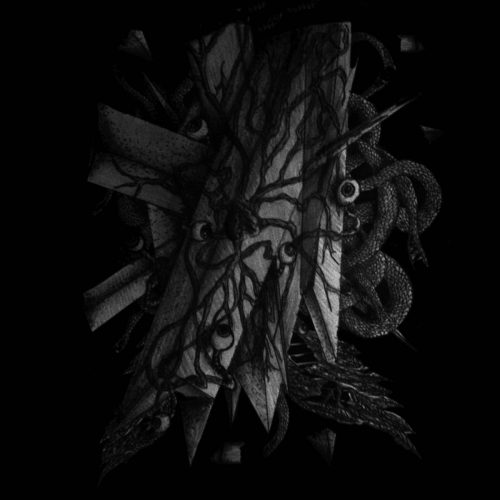 Anyway, to reward you for sitting through this little (or not-so-little) rant of mine, here’s an album which most definitely hasn’t been getting overhyped or overexposed.

It’s called It Weighed Itself In Silver, and is the debut release from Exlimitir, a meta-metallic artist hailing from the cold, wintry wastes of Canada who deals in abstract technical terrorism and dense, progressive soundscapes perfect for fans of Alkaloid, Gorguts, and Demilich.

Oh, and did I mention that it’s free?

6 Responses to “SMASH THE HYPE MACHINE”