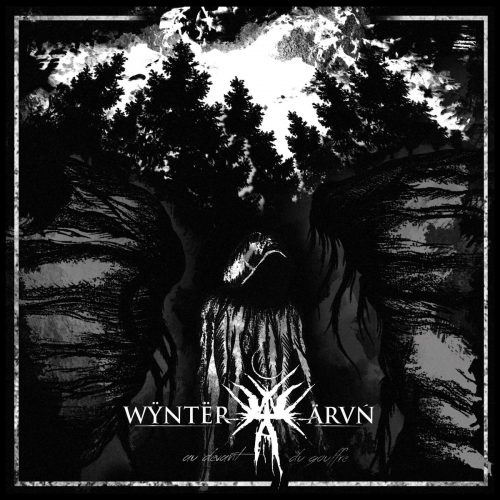 Obsessively devoted as I obviously am to the sounds of extreme metal, it’s rare that I’m able to indulge genuinely beautiful music, unless it’s delivered in the context of something heavy and harrowing. With that confession offered as a context of its own for what I’m about to write, I will say that the album we’re premiering here is the most beautiful and the most thoroughly enthralling listening experience I’ve had this year (and longer).

The album is Au Devant du Gouffre by Wÿntër Ärvń, which is the solo project of a French musician who calls himself Arvernian. It will be released on CD by Antiq Records on April 10th, although a digital version has become available today on Bandcamp.

The album is almost entirely an instrumental performance, and the instruments used are entirely acoustic. It could be characterized as Neofolk or Darkfolk, although its creator has disclosed that his influences (perhaps more spiritual than in any other way) “remain very strongly embedded in the black metal of the ’90s”. 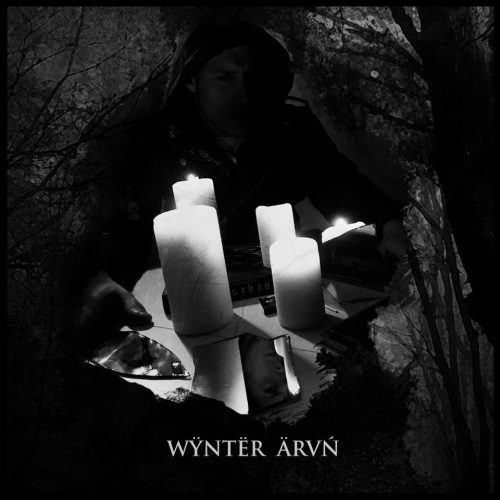 Acoustic guitar is the principal instrument, although at times other stringed instruments might be used (some tones resemble those of a lute or the ripple of something like a mandolin). The performances range from a single guitar to compositions layered with multiple stringed instruments. Occasionally, Arvernian accents the rhythmic pulse of the songs with the organic thump of a drum, which itself resonates like an ancient traditional instrument, or with the sharp crack of another percussive device.  [I’ve now learned that Arvernian made all the percussive sounds in the album using a guitar, by hitting the front (for “kick”) then the bottom of the instrument (for the “snare”).]

In its stylings, the music incorporates folk music, ancient music (some of the pieces have a medieval feeling), and hints of classical music. Produced in a way that presents a gorgeous, vibrant, and natural sound throughout, the album provides a sense of immediacy and personal involvement by the listener in what the artist is doing. And what the artist is doing really is enthralling.

Strains of sorrow run through the music, but the shades of those emotions vary widely and never overcome the inherent vitality of these pieces, even in the slowest and most somber of the songs. The feelings evoked by them range from wistfulness and weariness to moods that are quizzical and questing, from quiet introspection and meditativeness to bright buoyancy. Melancholy and nostalgia are present here, but the music sparkles and shines as well.

The album also has a beautifully organized flow, with the changing moods, textures, and energies of the music banishing any risk of “sameness”. You enter this marvelous world and become subsumed by it for almost 30 minutes, with never a thought of leaving. One surprise awaits near the end, in the final track (which might be the darkest and most unsettling of them all), when the artist reveals his voice for the first time — a harsh growling rasp — perhaps as a bow toward the black metal that inspired him.

The album’s artwork and layout were made by Loïc Evhemeria. For more info and to pre-order, check the links below.