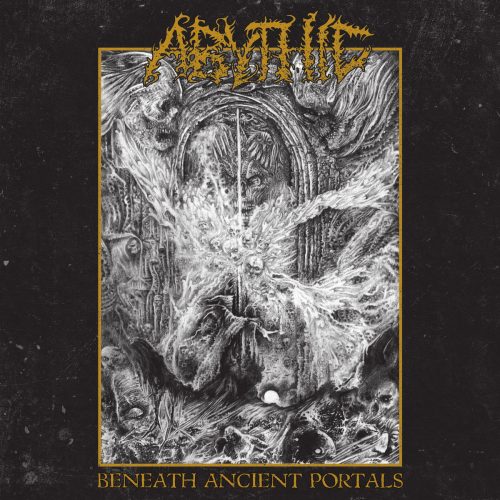 Beneath Ancient Portals is the name of the debut album by the German death/doom band Abythic. It’s coming out on May 11th via Blood Harvest Records. When I heard the first single from the album, I expelled a few words here in an immediate rush of enthusiasm:.

“…gruesome tremolo-implemented barbarism, both seething and crawling… with a destructive rhythm section… a roaring monster behind the mic… and a thick, morbid atmosphere…”

And there’s more where that came from. As a further sign of this new album’s soul-plundering power, we present a second single, this one named “Beneath Ancient Portals (The Gate Of Ganzir)“. 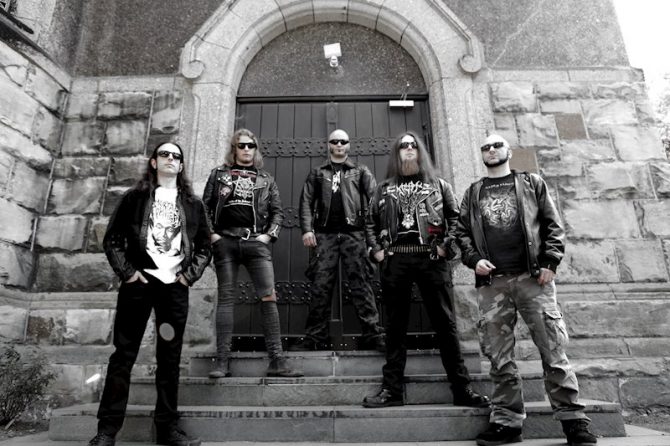 This new song is, in a nutshell, a heartless, gruesome death metal monstrosity. Its slow, morbid stomp could serve as the musical accompaniment for a march to the gallows, or to the exterminating swing of an executioner’s ax.

The drummer does unleash bursts of accelerated drumming, opening the throttle to a methodical gut-punching drive. The lead-guitar melody is implacably dismal, while the riffs are a mix of grizzly, reptilian churning and crawling, groaning sounds. The vocalist’s deep, growling roars add further elements of horror to this monstrosity, the effect of which is further amplified by a production job that gives the music an overarching massive weight. 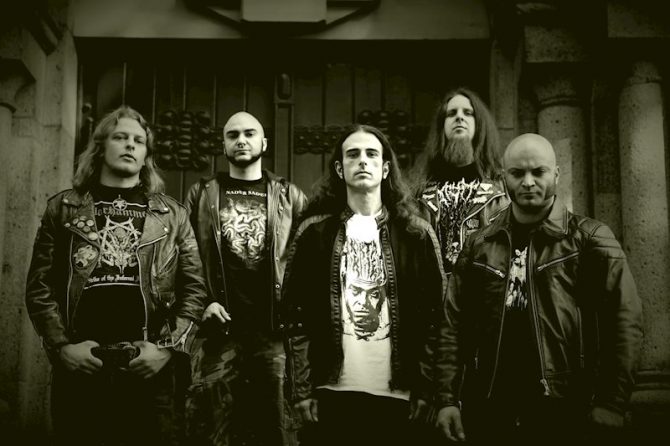 Blood Harvest will release Beneath Ancient Portals on CD, vinyl LP, and cassette tape formats. In describing the music, they evoke the works of mid-period Bolt Thrower, Asphyx, Grave, and Pentacle.

Pre-orders links are below, and we’ve also included a stream of that first single along with our own premiere.

3 Responses to “AN NCS PREMIERE: ABYTHIC — “BENEATH ANCIENT PORTALS (THE GATE OF GANZIR)””