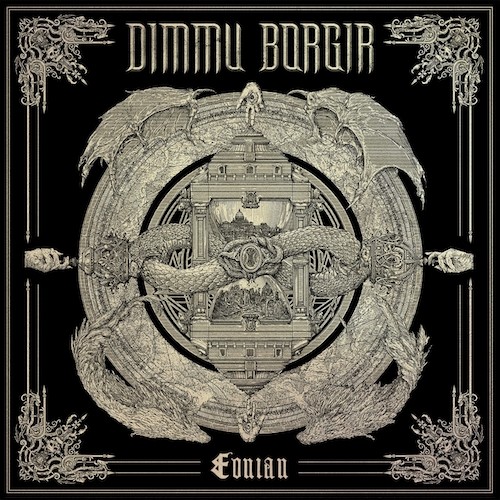 (This is Andy Synn’s review of the new album by Dimmu Borgir, which will be released in May by Nuclear Blast.)

Some of you may be surprised to see this album being written about here at NCS. After all, Dimmu Borgir are (still) a pretty big deal, and our general ethos has always been to focus on smaller, less well-exposed bands, wherever possible.

But considering that my personal modus operandi has always been simply to write about whatever interests me, you’re going to get to read/hear my unfiltered thoughts and unsolicited opinions whether you like it or not.

Although, of course, you could always just not click “Continue reading”… but then, where’s the fun in that? 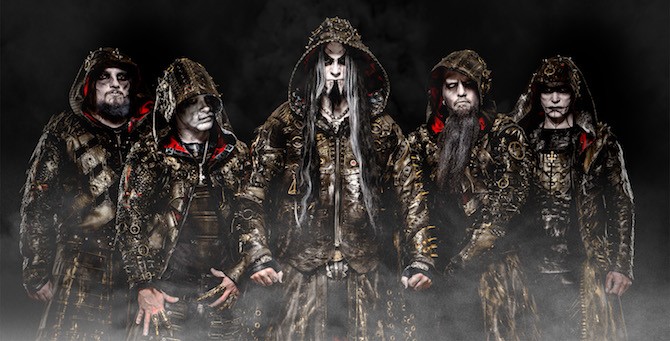 Before we go any further it’s probably worth clearing a few things up right away.

First and foremost, if you weren’t a fan of the band before now, it’s unlikely (but not impossible) that this album is going to change your mind. As although it seems like these old dogs have learned one or two new tricks over the last seven or so years, the basic building blocks, the bone, muscle and sinew of the band, are still the same as those which underpinned Puritania…, Deathcult..., etc.

Secondly, and perhaps most importantly, I think we need to acknowledge that it’s basically impossible for Eonian to live up to the expectations engendered by the almost insufferable wait for its release. Too much time has passed, too many hopes have been raised, and then dashed, and the band’s fanbase has expressed so many conflicting theories and opinions about what they should do, that the very idea of trying to satisfy them all immediately seems like a fool’s errand.

Thankfully, it appears as though Shagrath, Silenoz, Galder, and co. must have come to the same conclusion as, if nothing else, Eonian sounds like the band were writing very much for themselves, and not for anyone else.

That doesn’t mean that it’s not still a crowd-pleaser a lot of the time, or that it’s in any way a huge departure from their signature sound, it’s just that it feels a little lighter, livelier, and arguably less unwieldy than its predecessor – less weighed down by grandiose expectations and elaborate ambitions – and possibly even slightly more intimate and personal in scope.

In fact I’d be very surprised if there weren’t several other abortive versions of this album left behind on the cutting-room floor, discarded and abandoned as the band began to hone in on precisely what sort of record they wanted to make, rather than the record other people expected them to create. 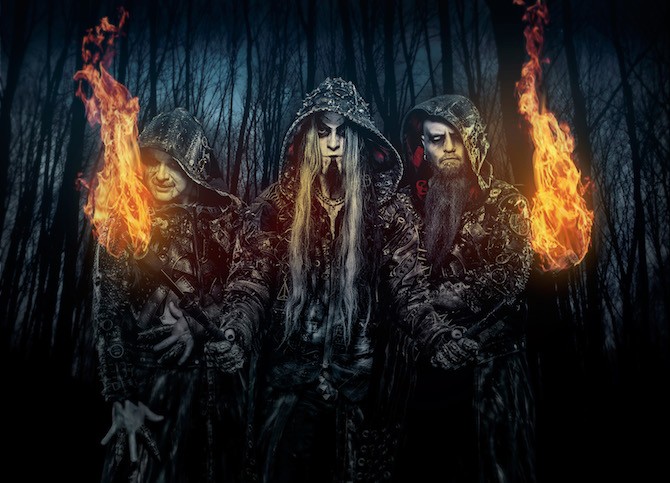 Opener “The Unveiling” immediately sets the tone for the album going forwards, and perhaps serves as a great microcosm for Eonian in general – synthier than its predecessor, in a manner not dissimilar to Puritania…, with a creepier, catchier vibe to the guitars, and a heavier focus on choral vocals and brooding melody over the usual symphonic bluster.

Note that I purposefully didn’t say “Black Metal” there, as we could argue all day about whether Dimmu still fit under that genre’s increasingly wide, yet oddly insular, umbrella. But suffice it to say that Galder and Silenoz have managed to kick out some killer jams and chunky riffs on this album – a mix of chug-heavy headbangers and high-tensile tremolo runs – in a way which strongly recalls the band’s early 2000s heyday, while Daray’s blast-fuelled and kick-propelled battery ensures that that, Black Metal or not, Eonian still has a noticeable amount of power under the hood.

Of course it’s by no means perfect. “Interdimensional Summit” still lands in so-bad-it’s-good-but-not-really territory (even if it sounds like the band had a lot of fun with it), and will likely go down more as a “guilty pleasure” than a defining anthem, while there’s just something about “I Am Sovereign” which doesn’t quite land as well as it should. It’s got a lot of interesting moving parts (the bridge section at around the half-way mark is particularly good), but they never quite seem to interlock properly. 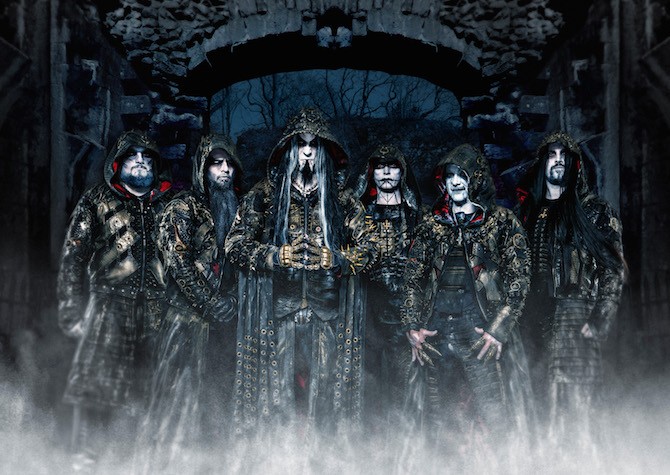 The positives here definitely outweigh these relatively minor stumbles though, and I’m honestly as surprised as anyone how good tracks like “Ætheric”, “The Empyrean Phoenix”, and “Lightbringer” are (with the latter being my personal pick for the album’s outstanding MVP) as well as how much the album as a whole reminds me of the Puritania/Death Cult era, albeit with some notable tweaks to the formula.

I’ll also admit to being surprised as to how well the choral vocals work with the band’s sound on this album – particularly since they’ve stripped back a lot of the orchestration which dominated Abrahadabra, yet seem to have avoided the temptation to over-use the Schola Cantorum Choir at the same time, making their frequent (though not excessive) appearances a treat, rather than a chore.

Of course I’d have preferred it if the band had either managed to cajole Vortex back into the fold, or at least found a suitable replacement (and I’m sure I’m not alone in that), but the choice to incorporate the choir more fully has ultimately panned out very well indeed, and Shagrath et al deserve full credit for taking a potential weakness and turning it into a strength (though I’d still love to know who it is providing the subtle clean vocals in “Archaic Correspondence”). 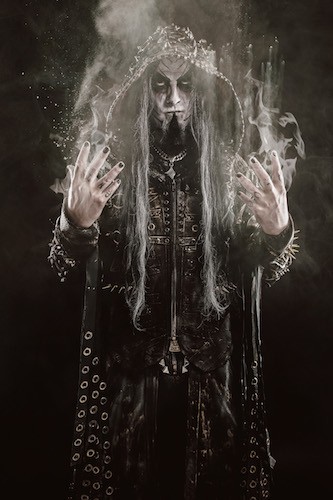 Now, there are two final points I’d like to make in closing, both of which deal with what I perceive as minor missteps on an otherwise extremely enjoyable album.

The first is that the decision to close with the brooding instrumental strains of “Rite of Passage” strikes me as a mistake, especially since “Alpha Aeon Omega” (another of the album’s highlights) would have made for a suitably epic, not to mention nicely blackened, finale in its own right.

The other is that I’d have quite liked to hear more experimentation in the vein of “Council of Wolves and Snakes”, which is probably the one song on the album to bring something truly “new” to the table. And while it’s undoubtedly a divisive number, it’s actually grown into one of my favourite tracks, and has left me thinking that if Dimmu Borgir really are committed to forging a new path going forwards – as all their press releases have taken great pains to suggest – they really need to consider taking a few more risks.

That being said, and although it may be an unpopular thing to suggest, it looks/sounds to me like Dimmu have, against all the odds, and against all expectations, managed to pull off an impressive (though far from flawless) victory with Eonian, one which should, hopefully, help them recover their momentum (and their mojo) and serve as a sign of greater things to come.

Eonian will be released by Nuclear Blast on May 4th.