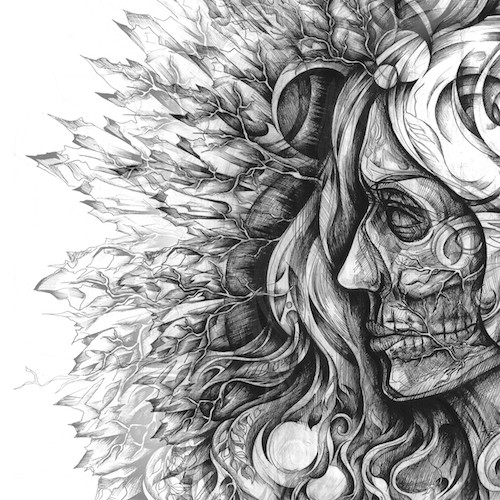 “Post Glacial Rebound is a deep black space.. our inner space.. made of memories, emotions, pain, and joy, where we have found comfort and refuge. We hope you can feel the same.” So say the Italian trio Demetra Sine Die about their new third album, which will be released next month by Third I Rex, a UK label that has proven to have very interesting and eclectic tastes and no rigid genre constraints. Based on the song we’re presenting today from Post Glacial Rebound, the same may be said of Demetra Sine Die’s latest work.

This is the band’s third album, and Third I Rex tells us that it “marks a further development and deeper move into psychedelic, post-fueled, sludge-driven hallucinations,” and also includes “blackened/death overtures and krautrock elements”. Those words certainly fed my own sense of intrigue about Post Glacial Rebound, as I hope they do yours, and the song you’re about to hear — “Lament” — should feed it even more. 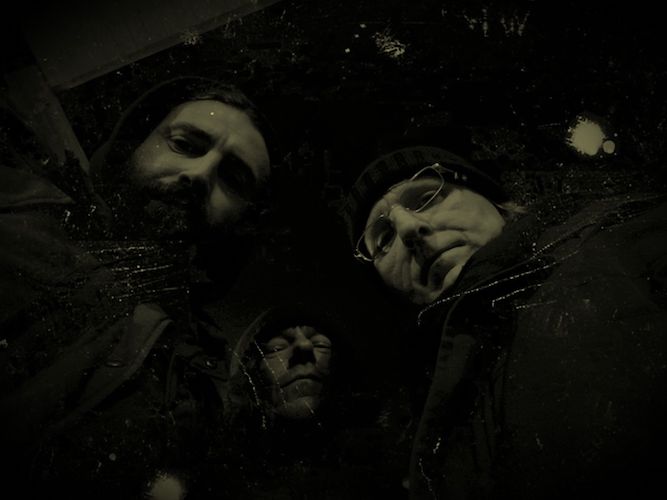 In one way, “Lament” is a meditation, perhaps most obviously through its lengthy prelude, in which a low hum and astral shimmering ambient tones provide the backdrop to a voice speaking in a harsh, croaking gasp. It’s a bit unnerving, this prelude, and as the song eventually unfolds fully, it’s unnerving as well — but mesmerizing at the same time.

The music consists of contrasts. On the one hand, there’s a powerful, body-moving rhythmic drive providing the propulsion. The syncopated clatter and thump of the drums coupled with an uber-low bass rumble exerts a primal appeal, and there’s primal appeal in the heavy, thick riffs that rear their shaggy heads here and there.

On the other hand, the guitarist’s ringing chords and the twisting and turning psychedelic leads are phantasmagoric, providing a dreamlike dimension to this continuously morphing music, which further includes the psychedelic wailing melodies of the vocalist, who at times also turns his voice into harsh serrated roars and shrieks.

The combined effect of all these moving parts is a sonic spell (an unnerving but beguiling one) that lingers.

The attention-grabbing cover art for Post Glacial Rebound was created by Ukranian artist Anna Levytska, whose artwork has recently adorned the music of Blut Aus Nord. The album will be released by Third I Rex on June 24th.