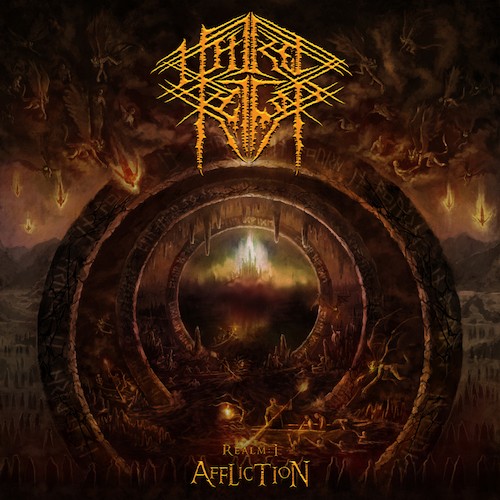 Late last month the Ontario death metal band Hatred Reigns released their debut EP, Realm: I – Affliction. Consisting of three tracks, it provides a preview of a future concept album that, as the band explain, “recounts the travels of damned souls to purgatory where their fate will be determined as they face numerous challenges along the way”, a concept inspired by Dante’s Inferno and the movie What Dreams May Come, but given the band’s own twist on the themes.

What we have for you today is a lyric video for the EP’s third song, “Planes Divide“, which makes vibrant use of the EP’s hellish cover art. 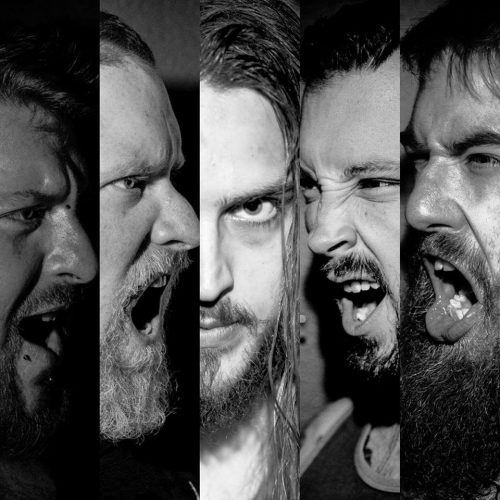 “Planes Divide” vividly reveals the band’s ability to join together murderous brutality and impressive technical fireworks. Flying at the speed of a rocket, the music has the air of lunacy about it, with frenzies of blistering, insectile fretwork and turbocharged battering by the rhythm section whipping the listener through a vortex of sound that is somehow both chaotic and machine-precise, while the roaring and shrieking vocals amplify the music’s venomous fury.

The song also reveals plenty of twists and turns, which include bursts of plundering groove and a fluid guitar solo that’s both sinuous and scintillating, as well as through-lines of appealing melody that contrast with the song’s elements of menace and madness. 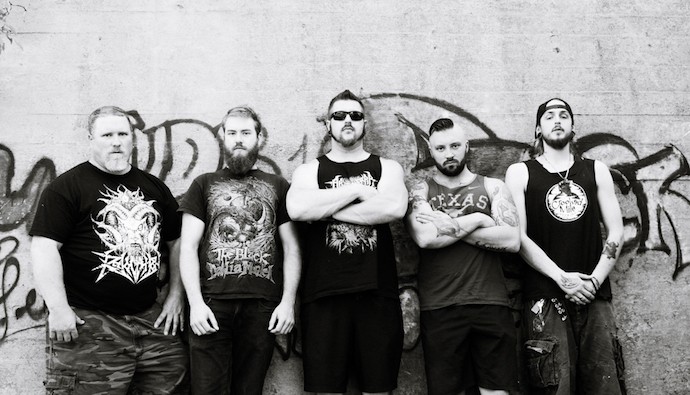 Realm: I – Affliction is available for download on Bandcamp, iTunes, Spotify, and all other major retailers. It’s recommended for fans of Cryptopsy, Suffocation, Morbid Angel, and Death — and we’ve included a full stream of the EP along with the new lyric video below.