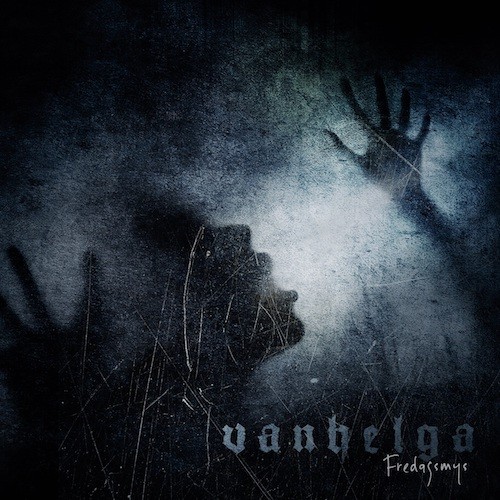 Today Osmose Productions releases the fifth album by the Swedish black metal band Vanhelga, the name of which is Fredagsmys, and a complete stream of which you’ll find at the end of this article. Long ago, Vanhelga proved themselves to be powerful spellcasters, capable of creating intense and lingering emotional responses to their varied summonings of human darkness. In plumbing those depths they’ve achieved impressive highs in their previous releases, but Fredagsmys really is their best album yet.

Unmistakably, Fredagsmys is the work of people who have a firm grasp on who they are as musicians. What inspires them is carried forward into sound with remarkable assurance and consummate skill. Even if what they see in their mind’s eye and feel in their fractured hearts is something you might rather not confront or dwell upon, they have a way of defeating such resistance and carrying you down with them. And if it’s any consolation, every now and then there’s a sign in the music that (maybe) all is not lost… not quite yet… and they continue to reveal glimpses of beauty in the most terrible of tragedies. 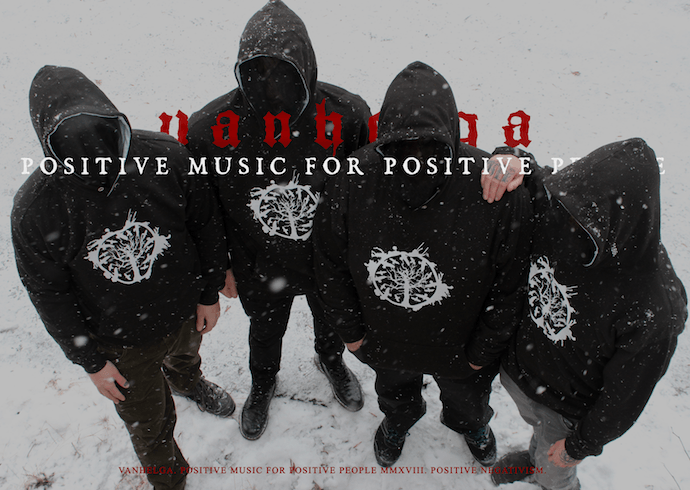 Seeking for differing ways of expressing the darker dimensions of existence, Vanhelga have created songs of tremendous dramatic power, but often sharply contrasting approaches to the exploration of loss and hopelessness. Near one end of the spectrum is the album opener “Sömnparalys”. Both moody and blistering, it captures pain and rage, ominous grandeur and the delirium of anguish. The band layer dissonant, disturbing notes over a deep, heavy undercurrent of sound that includes massive drum booms and crashes, as well as tumultuous blasting. The energy pushes and pulls; darting riffs and soaring leads play out; and the vocals are a howling fury.

At the other end of the scale is a song like “Ensam mot alla”, a beautiful, heartfelt ballad. It begins like a mesmerizing folk song, with soft acoustic picking and a slow drum rhythm. The somber mood begins to seem lighter and lilting, thanks to rising clean vocals and bright keyboard notes. But with a prelude of deep, solemn spoken words, the music eventually opens into a heart-rupturing crescendo.

There’s a soft acoustic guitar lament in “Varde mörker” as well, joined by a plaintive electric guitar solo that becomes increasingly vibrant and defiant. But that comes in an interlude, within a track that drives with pistoning drum and bass as part of the heavy drive-train over which tension-torquing riffs and wretched howls create the resonance of someone on the edge of emotional splintering.

The songs are arranged in a way that varies the energy and sonic power of the music. “Förpassad till misär”, for example, is a surging song with vibrant riffing and propulsive drum rhythms. Accented by pinging keyboard notes, it feel warlike and defiant — and ultimately becomes a boiling chaos. And it’s quickly followed by the anthemic glories of “Två blir ett”, its darting strings, beautiful soloing, and grim, heavy riffs leading to a spectacular violin performance in the song’s finale.

On the other hand, the following tandem of “Keep the window closed” and “RIP (Relationship in pieces)” (where the vocals change from Swedish to English) drag the mood into the depths of paralyzing grief and shattering despair. The former is an elegaic DSBM extravaganza, all sack-cloth and ashes, its somber picking and rising plaintive melody erupting into a volcano of agony, with soul-shattering shrieks and screams mixed with deep, somber clean vocals, leading to an end-sequence of splinytering intensity. Slow and tear-sodden, the latter is gloomy and massive, brightened only by ethereal tones and beautiful clean vocals channeling the sounds of sorrow.

You can infer a lot from the title of “Feels like breathing in sulfur”. It’s moody and very heavy, but its thick, repeating riff and mid-paced compulsive rhythms are effortlessly head-nodding — and the bright, hypnotic keyboard notes almost sound playful, though the quasi-psychedelic leads don’t let you off the hook so easily. The contrast of those ethereal, pinging sounds persists in “You are temporary”, but no one could mistake it for a cheerful song. It is instead another tension-filled anthem of suicidal hopelessness, flooding with dark power, driven by sludgy bass lines and pounding drums through a haze of whirring riffs and brain-scarring vocal extremity.

To close the album, Vanhelga bring the title song, which juxtaposes the contrasts again, the depressive sensations of mid-paced, heavily distorted chords and bone-rattling drums partially offset by the glimmer of wafting, goassamer-light keys and soaring clean vocals full of passion and pain.

I’ve left “Psykotisk självinsikt” for last, even though it comes second in the running order, because it’s probably the most infectious track on the album, built around a repeating central melodic motif that works its way deeply into your feelings, and your memory. It’s a beautiful, soulful, grieving song — even the glimmering leads are edged with melancholy, and the clean vocals sound haunting — but it’s hard to get it out of your head, and a jolting riff you’ll find there will get your head moving, too. 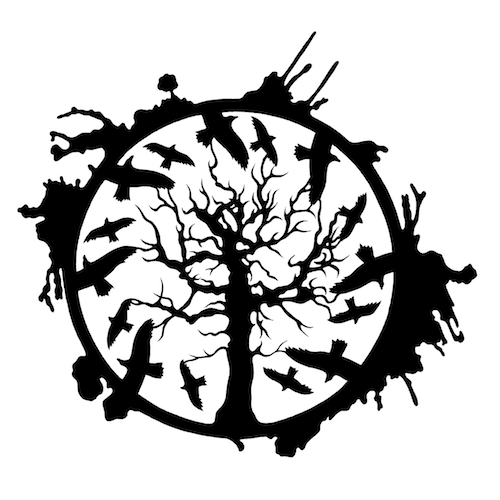 Vanhelga’s line-up on this album consists of founder 145188 (vocals and guitars), J. Ejnarsson (lead guitars and backing vocals), R. Jönsson (bass), and D. Franzén (drums). I would like to give them a hearty round of applause for what they’ve done.

5 Responses to “AN NCS ALBUM PREMIERE AND A REVIEW): VANHELGA — “FREDAGSMYS””