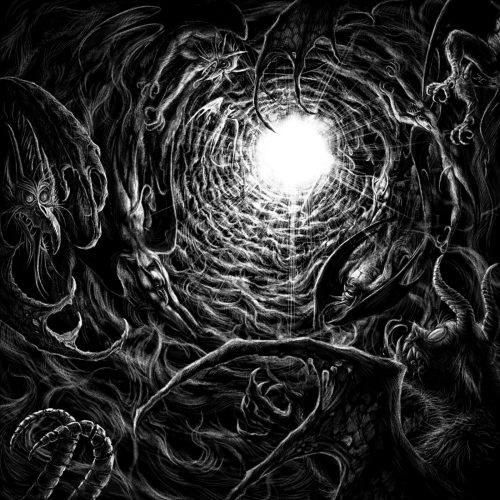 We have been bred through evolution to desire order, and to develop the skills for imposing it, because for so many millennia we were at the mercy of chaos in the natural world, and that chaos often brought sudden death. Paradoxically, we also seem to have a taste for chaos, and a talent for creating it — and for inflicting it upon ourselves on a scale that’s unrivaled by any other species.

The manifestation of chaos in sound is a large part of what drives many of us to metal. Metal feeds the taste for chaos, which wars with the instinct for order, and fuels the rebellious spirit that pushes back against someone else’s idea of order. The music of Temple Desecration is that kind of manifestation. It captures the terrifying sensations of destructive chaos, but more than that, the music seems to wish for it, to summon it, maybe even to worship it. 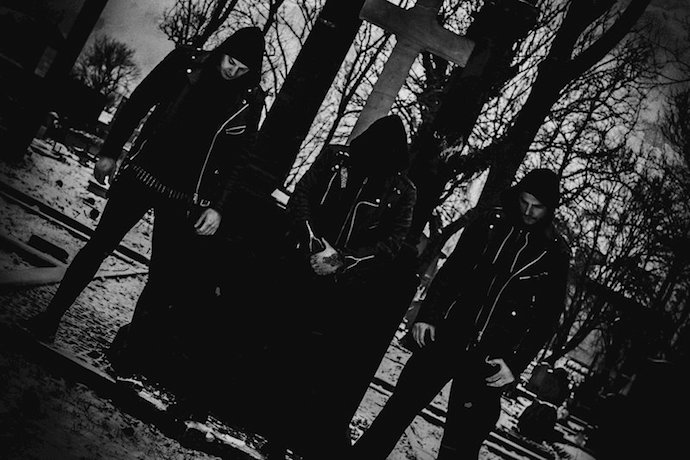 At its core, this Polish band’s debut album, Whirlwinds of Fathomless Chaos, which we’re premiering today, is bestial blackened death metal, complete with gales of toxic guitar abrasion, mercilessly punishing drumwork, and a cacophonous rendering of echoing tyrannical roars, mind-mangling shrieks, wild yells, and noxious gagging emissions. The album is heartless and harrowing, a true whirlwind of scathing power that seems capable of picking you up bodily from the ground and whirling you far up, or very far down, into a black vortex of destruction — and transcendence.

Somehow both methodically cold in the murderousness of its attack, and also ecstatic in its barbarous passions, the music is usually a full-throttle (or thuggish) channeling of chaos — and a reveling in the experience. It’s also twisted and perverted, laced with searing supernatural flares of sound, enormous rising and falling leads that surface just often enough to set a hook in your head, and unpredictable changes in rhythm.

Everything seems to be buzzing, echoing, and detonating like bombs. But the mind reflexively seeks order, perhaps especially in music, and Temple of Desecration provide some. There are, for example, the gravel-chewing pulse of a brutish bass; the cataclysmic boom and whump of a locked-in drum rhythm; and a knack for somehow making even the most violent of eruptions feel like fuel for headbanging. 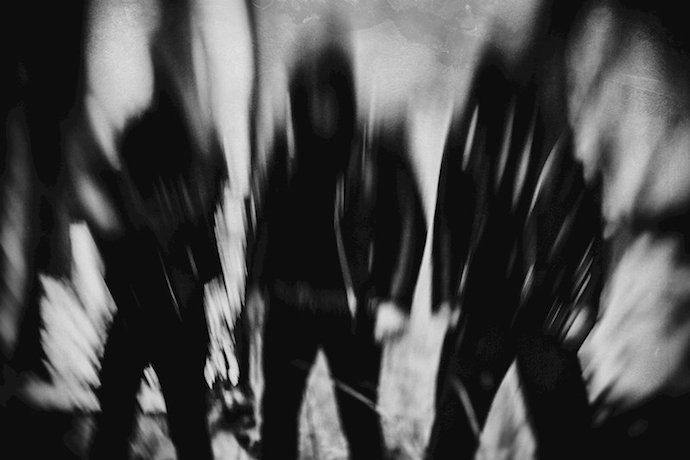 You can think back on what you’ve heard and admire how ingeniously it was concocted, but there’s no getting around the fact that this music is often primitive and brutish, a visceral extravaganza that delivers an almost primordial kind of cruel pleasure. It reaches an apotheosis of primitive destructiveness in the twelve-and-a-half-minute monstrosity of “Covenant“, which also happens to be ridiculously addictive.

On the one hand, in “Covenant” the band seem determined to leave no one standing, or even crawling (de-spined) like worms. It’s slow, massive, crushing, and crazed. Following a creepy interlude, it locks in to a compulsive headbanging rhythm that just goes and goes, practicing a kind of deviant hypnosis that proves irresistible, no matter how disturbing the grotesquery of the vocal displays. As ugly as the song is, it becomes very, very difficult to escape its clutches.

I’d like to think that anyone could feel the primordial appeal of this album, but I know that’s not true. I am pretty sure that fans of such groups as Adversarial, Impetuous Ritual, Mitochondrion, and Teitanblood will smack their lips and eat it up.

Whirlwinds of Fathomless Chaos will be released on July 13th by Iron Bonehead Productions, on CD and LP. For further release info, check the links below.

One Response to “AN NCS ALBUM PREMIERE (AND A REVIEW): TEMPLE DESECRATION — “WHIRLWINDS OF FATHOMLESS CHAOS””