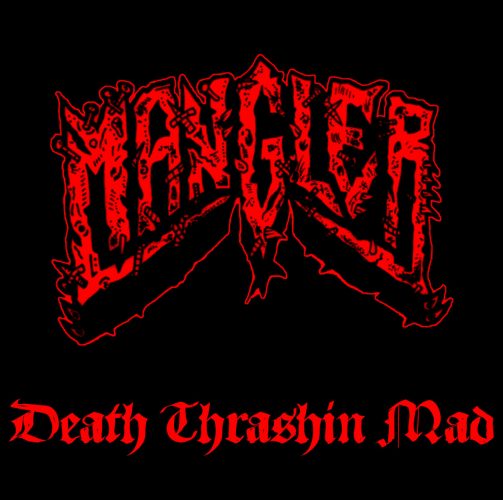 It’s Sunday, and yes we will have a SHADES OF BLACK post a bit later today (a two-parter), but first I thought I’d shoehorn in a trio of way-under-the-radar EPs that I’ve been enjoying recently, in an attempt to boost their radar profile.

The opening moments of “Carrion Mother” sound sort of like the equivalent of someone revving a big Harley right before it surges from a stop. It builds anticipation, and then pays off viciously. The song becomes a malicious thrashing romp with bursts of nasty braying melody and a very nasty acid snarler behind the mic, too. It gets your own internal pistons going hard as it thunders down the highway, throwing off sparks and trailing flames. 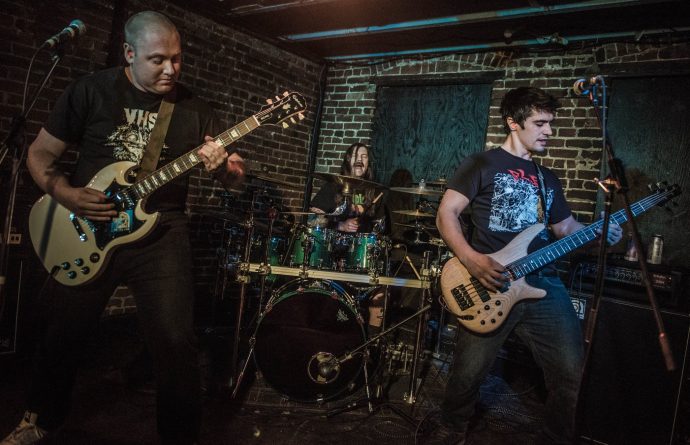 Two more tracks follow that one on this EP, which is suitably entitled Death Thrashin Mad, and both of those are right in line with the savage personality that this Ottawa, Ontario, trio establish in the first song. The vocalist’s blackened howls are pure vampiric blood-lust; the riffs are cruel, and cruelly catchy; there’s a similar deranged, braying tone to the melodies; and the rhythms are hard-charging enough to run you down and blaze on down the highway without a backward glance. And the third track in particular becomes a whirling dervish of electrifying mayhem, given extra infernal energy with a shit-hot solo.

This is my kind of thrash for sure, the kind that gives you an adrenaline rush but will also cut your throat if you’re not careful.

These three tracks were mixed and mastered by none other than Topon Das, who also recorded the drums; Jonathan Lozo recorded everything else. The EP was released on Bandcamp yesterday, and these three tracks will also appear on a split cassette with Vault Wraith due out this fall on Von Frost Records and Rotten N Rancid Records. 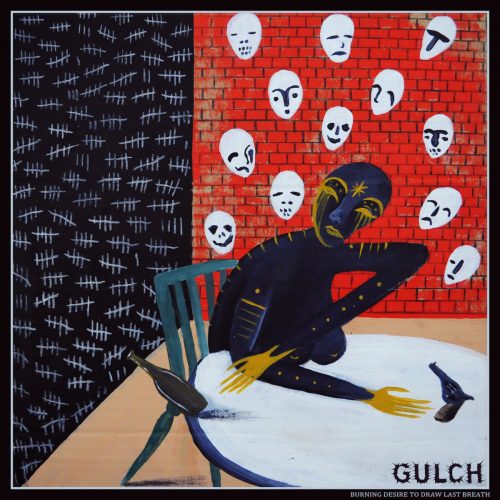 I listened to this next EP for two reasons, and two reasons only: The great title (Burning Desire to Draw Last Breath) and the freaky cover art, depicting… hell, I don’t know… a surreal figure in a cell surrounded by creepy spectral faces and trying to decide whether to grab that wine bottle or reach for that pistol, perched between having another swig and blowing her brains out?

Those were the only two reasons, because I had no earthly idea what the music would sound like. And it turns out that you still don’t completely foresee what it’s going to sound like even as you make your way through the EP, because there’s an element of unpredictability in what this band are up to. The band, by the way, is named Gulch and they’re from Santa Cruz, California.

Some common elements become clear — at least after the bizarre, nerve-wracking electronic intro track: neck-snapping drumwork; beefy, corrosive riffs; warped leads; utterly batshit-crazy, throat-lacerating vocals (jesus fucking christ listen to the end of “E.P.T.S.“); and a thoroughly fed-up attitude with life. But beyond that, there are a few twists and turns.

Skull-busting, spleen-rupturing, negative hardcore punk is probably the core style, but these guys thrash and grind and crawl, too. Some cavernous death metal roars surface in the gruesomely bleak launch of “R.S.A.” before the song takes off in a hammering surge of violent rampaging, with a mosh-triggering breakdown. They’re also capable of spinning out melodies that have a kind of pitch-black grandeur to them.

Gulch released released Burning Desire to Draw Last Breath on May 23rd of this year as a digital download. It was released on tape the next month by Fucking Die Records, and Creator-Destructor Records will release it in a vinyl edition on August 10th. It was tracked at Panda Studios by Charles Toshio Carver, who also mixed it, and it was mastered by Brad Boatright at Audiosiege. That surreal artwork was created by Boone Naka. 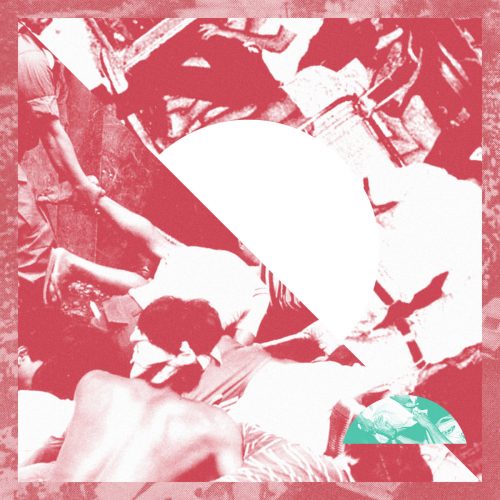 I found this last EP because Rennie (starkweather) described it in a way that peaked my curiosity, and I’ll quote what he wrote (because his descriptions are always more evocative than mine anyway): “You never know what attack they are going to take from release to release. It’s pretty crazed. Some stuff is quite sorta Swervedriver/Lush shoegaze and some of it deranged mathy. This stuff is like early Dillinger Escape Plan with far more frenzied vocals. Although the end of the second song adds a melodic vocal part for a short span that lends an AmenRa feel for a quick instant.”

The band here is Beast Jesus, from Manila in the Philippines. This two-track release, entitled Binary System Transmission: 001, appears to be the first in a sequence, described as “exercises in brevity; brief extrapolations governed by unifying themes unique to each individual release.” This first one, released yesterday, “openly explores themes of bodily alienation, consciousness, and a frail mind breaking under duress.”

The vocals are indeed maniacal; the rhythm section seems bent on fracturing all the bones in your body, right down to the metacarpals and phalanges (and they’ve got the skill and tone to do it, too); the spasms of dissonant, shrieking melody are as lunatic as the vocalist; and both tracks on this release are just fucking explosive. “Locust Housing“, that second track, is my favorite of the two (though I like both), in large part because of that surprising change that Rennie referred to right in the middle of the song, when things slow down and transform before the gates of the asylum are thrown open again.

It will be interesting to hear what Beast Jesus do in the further installments of Binary System Transmission. This one you can get on Bandcamp for a price you name.