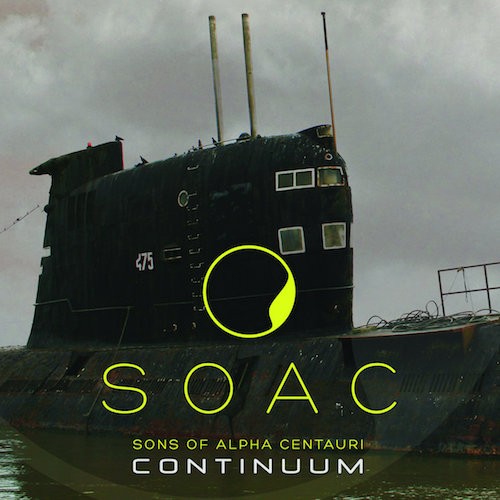 It’s rare to find a video that suits a piece of music as well as Simon Risbridger‘s video for “Solar Storm” by the UK band Sons of Alpha Centauri. You listen to the song, and you can’t help but feel it’s telling a story, even without the narration of a vocalist. Your imagination will reflexively want to fill in the details in its own way, but the collaboration of the band with this director has produced a damned fine vision of their own, one that’s as much fun to see as the song is to hear.

As they say in the trade, it was a long wait for SOAC‘s new album, Continuum, which includes this song. It arrived on June 1st via H42 Records and Cobraside Records, a mere 10 1/2 years after the band’s self-titled debut album. There were a handful of splits in between, but nothing of the size and substance of this new record. Contrary to the proverb, good things don’t always come to those who wait, but they certainly did for us in this instance, and “Solar Storm” is a prime example of Continuum‘s rewards. 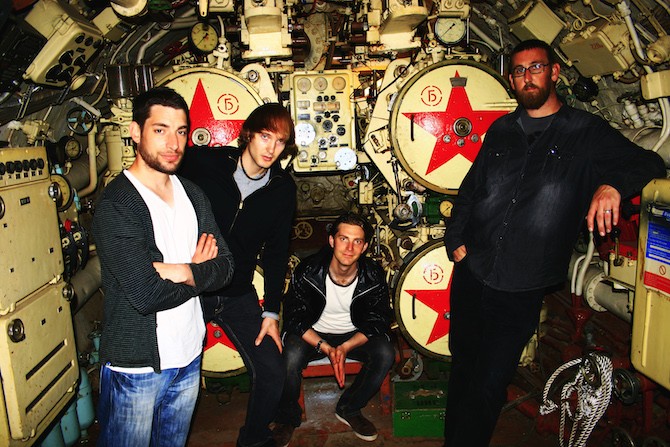 The musical story of “Solar Storm” begins in medias res. You can feel yourself dropped immediately into a road-eater charging down the highway, feeling the pump of the pistons and the rumble of the road, the wind singing in your ears like birds alongside, comfortably keeping pace. That big, thrusting, fuzz-bombed riff; that vibrantly darting lead; the pulsing push of the drum and bass — it all makes for a hell of an earthy and contagious way to start the song.

And then things start to get strange; it’s easy to feel that you’ve left the road. That thick riff starts to warp; the keyboard notes that come in sound spooky; the song grows heavier and more ominous. We know we’re headed somewhere new, someplace that might not be entirely welcoming, someplace where the natural laws of reality as we know it might no longer apply. A place like a small, placid, rural lake — with a  submarine parked in the middle of it.

The keyboards whine; the picking of guitar strings begins to cast a spell; astral connections are being made; expectations grow — something wondrous is about to happen. And then the music becomes both heavier and more cosmic in its resonance. Now we’re driving the space lanes, the highway left far behind; we follow that iron waterbound craft, moving once again, wormhole-bound.

The work of magic has been completed, so says the music, and now we’re on the highway again, the pistons pumping, the road rumbling, the wind singing in our ears.

Okay, I confess I might not have imagined all these details of the story if I hadn’t been watching the video, but having seen it, it will now be difficult to separate this highly addictive, highly beguiling piece of music from what’s now fixed in my mind’s eye. And that’s not a bad thing at all.

SOAC have their own thoughts to share about “Solar Storm”:

“Solar Storm is the cumulative blend of fast, slow, heavy, progressive styles of SOAC all encapsulated within a five minute adrenaline shot. Working with Simon Risbridger on this video was awesome as he completely understands our visual aesthetic and secluded introspective approach. We wanted the video to represent the different segments and styles within the track as part of the journey – it has been highly stylised with multiple references and subliminal messages. Embark the journey and embrace the storm!”

It should be added that many more wonders await within Continuum. SOAC have created a magnetic blend of ingredients, from stoner to progressive to post-metal (among others), with ambient and electronic textures, producing results that are both body-moving and mind-expanding. The album was produced and mixed by Aaron Harris of ISIS fame and mastered by John McBain of Monster Magnet. It’s recommended for fans of Palms, Tool, ISIS, Callisto, Karma to Burn, Cult of Luna, Jesu, and Pelican.