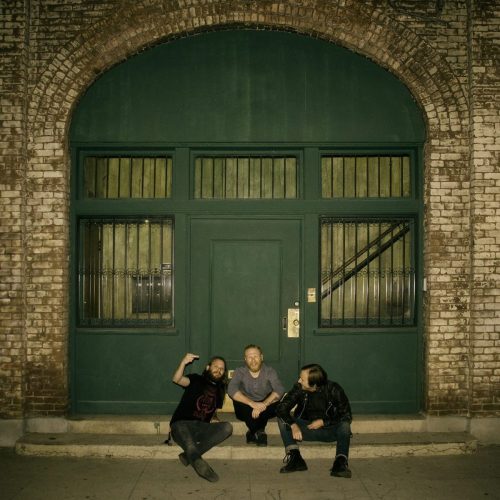 (We have arrived at the glorious 100th edition of THE SYNN REPORT, which Andy started back in January 2011 with a retrospective about Astarte. In this month’s column, he reviews all the albums released to date by L.A.-based Ancestors, including the just-released Suspended In Reflections.)

In the case of Progressive Stoner-Doom sorcerors Ancestors it’s really not sufficient to like just one of the bands recommended above, you have to appreciate all three of them – the gruff vocals and expansive grooves of Yob, the dynamic soundscapes and soul-stirring riffs of Devin Townsend (particularly circa-Terria), and the melancholy moods and soaring melodies of latter-day Anathema – and be keen to hear what a crossover between these artists might sound like.

You also need to be open to some calmer, more introspective experiences, particularly since their two most recent albums – 2012’s In Dreams and Time, and the just-released Suspended in Reflections – find the group pushing even further down the Prog/Post-Rock pathway.

But if all that sounds intriguing… then this will definitely be the band for you. 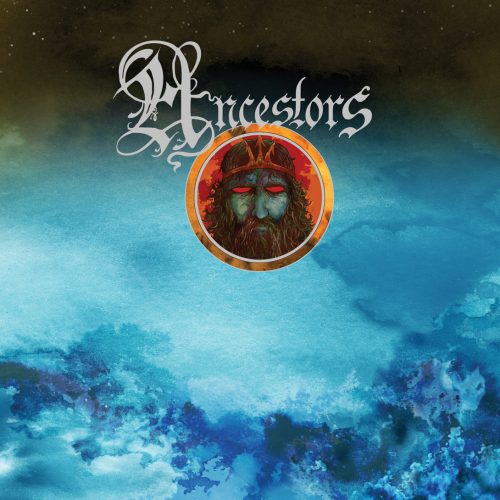 The band’s debut is, for the most part, their most straightforward release, made up of two lengthy songs (“Orcus’ Avarice” and “Neptune With Fire”, the latter of which is both the longer and heaver of the two) of big, fuzz-laden riffs, heavy, hash-fuelled grooves, and grittily melodic, devilishly dirty clean vocals, both of which owe a significant debt to Sleep, Yob, etc, as well as being able to trace their lineage all the way back to Black Sabbath’s era-defining brand of gnarly guitar-based magic.

But despite the fact that this particular release fits more neatly into a single genre/category than any of their subsequent efforts, the group’s nascent progressive proclivities are already on display even at this early stage in their career, particularly when their more esoteric and psychedelic melodies are let off the leash and allowed to really soar, exposing more than a hint of Pink Floyd, King Crimson, et al, in the band’s underlying DNA in the process.

And while this album doesn’t really bring anything particularly new to the table, or offer any major surprises along the way, it’s still an extremely well put together piece of work, perfect for those days when the world is getting a little too much to handle, and you need to go on an inward-looking journey to reset and re-centre yourself. 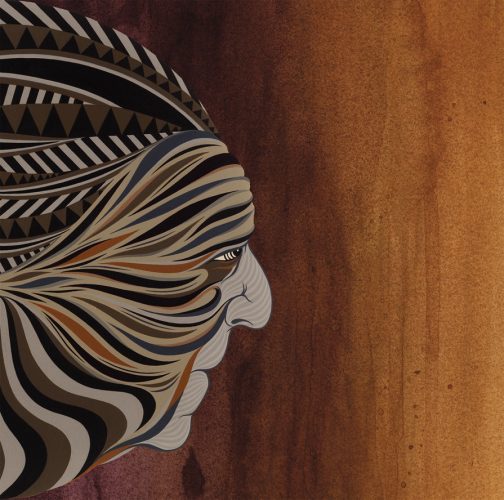 Barely a year later Of Sound Mind demonstrated that the band’s growth and evolution had already taken some major steps, with a much more obviously progressive mindset underpinning tracks like “Mother Animal” and “Bounty of Age”, with the doomy riffs and impassioned vocals of the former (already showing here and there, some early hints of Hevy Devy) underpinned by an ever-present undercurrent of brooding synths and ominous organ melodies, while the latter builds on the group’s underlying Pink Floyd/King Crimson influences even more, incorporating a wealth of enigmatic, introspective instrumental digressions amongst the thrumming, electric riffery and pounding percussive grooves.

Structurally as well, both tracks demonstrate a willingness to push the boundaries a little more, twisting and turning as they go, in a way which doesn’t always follow the traditional “quiet/loud” dynamic, but which plays around with it in intriguing ways.

The soothing electronica of “A Friend” provides the listener with some welcome breathing room, while still ensuring that their attention remains captured and focussed leading into the spellbinding melancholy of “The Trial”, probably the band’s best – and most ambitious – song to date (at this point anyway).

The first several minutes are an atmospheric, entirely instrumental, feast for the senses, which occasionally sound like mid-period Anathema covering early Sabbath, after which things slowly take on an even darker, gloomier hue, the echo-laden vocals drifting in and out of hearing range as the song begins to build towards its strikingly heavy, riff-fuelled finale, before finally climaxing in a doomy, fuzz-drenched denouement.

The album’s final stretch begins with the piano and acoustic guitar based instrumental of “Challenging” before transitioning into the proggy bombast of “The Ambrose Law”, which threads the needle between Pink Floyd, Porcupine Tree, and Pallbearer for thirteen intricately arranged and smoothly structured minutes, seemingly designed to tug on your heartstrings just as much as they want to get your head banging. 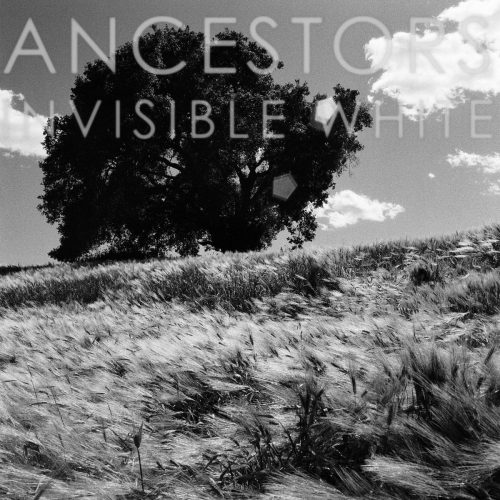 While Invisible White may only be three songs long, the fact that the first two tracks are both well over seven minutes long, and the third almost as long as both those two combined, means you’re definitely not getting short-changed, particularly since it illuminates a very different, much calmer and more introspective, side of the band, one which they had only really hinted at before now.

The sombre title-track, for example, is somewhat reminiscent of Devin Townsend and Ché Aimee Dorval’s sublime Casualties of Cool project, and serves as a real tear-jerker without ever becoming overly mawkish or maudlin, while the desolate, Anathema-esque strains of “Dust” sound like a monumental Doom Metal anthem that’s been stripped of all its harshness and heaviness, and left to tremble and shiver in unaccustomed frailty and vulnerability.

The third and final track, the appropriately titled “Epilogue”, is a proggily indulgent instrumental which brings back some of the band’s earlier heaviness, without losing the heart of its predecessors, and which rounds the EP off nicely while also hinting at fresh musical pastures for the band just ahead. 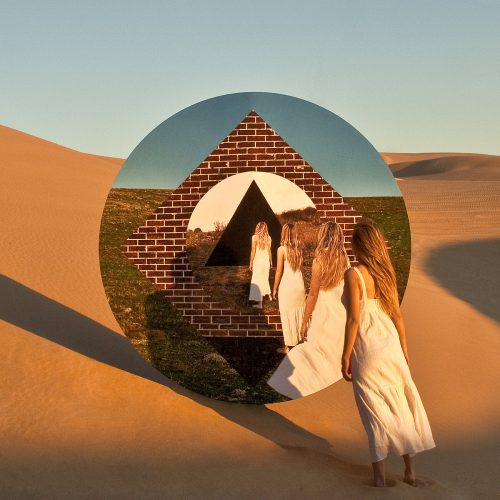 Arguably the most pivotal moment of the band’s career thus far, In Dreams and Time really is where Ancestors started to truly define their own distinctive sound.

Opener “Whispers”, for example, is a little bit Prog, a little bit Doom, and a little bit Post-Metal – somewhere between Devin, Khemmis, and Neurosis, yet never sounding exactly like any of them – and melds all these elements into one intriguing, attention-grabbing slab of booming riffs, scintillating synths, and intense, emotive vocals, while “The Last Return” is a sombre and more atmospheric affair, melding poignant piano and heart-rending dual male/female vocals which together build towards a stridently epic, albeit suitably sorrowful, conclusion.

The stellar “Corryvreckan” is twelve minutes of pensive, yet powerful, Prog-Metal magic, which features a mesmerising array of grandiose melodies, gargantuan riffs, and eloquently versatile vocals, whose fluid, undulating, dynamic never fails to captivate, after which the sublime strains of “On The Wind” find Ancestors going full Pink Floyd/Anathema/DTP for nine and a half magnificent minutes, while also adding their own distinctive flavour into the mix, before the hypnotic “Running In Circles” sees the band continuing to delve ever deeper into brooding, prog-laced atmosphere, without losing touch with their mournful metallic roots.

It’s the album’s titanic, Devin Townsend meets Anathema meets The Ocean, finale, “First Light”, which finds the group really cutting loose, however, taking the listener on a heroic, nineteen-minute journey of soaring highs and sullen lows, soothing ebbs and surging flows, incorporating along the way every intricate element and influence from the band’s career thus far (just try not to weep when the chiming, Cavanagh-esque lead guitars appear during the track’s mid-section), into one phenomenal whole.

As a matter of fact this song is practically worth the price of admission on its own, and by the time it reaches its unexpectedly uplifting climax, you’ll likely be ready to hear the whole thing all over again immediately!

Ultimately while In Dreams and Time is undeniably a major investment of time and attention (clocking in at a hefty sixty-seven minutes long in total), it’s well worth the effort, and will reward the truly dedicated listener with one absolutely remarkable listening experience. 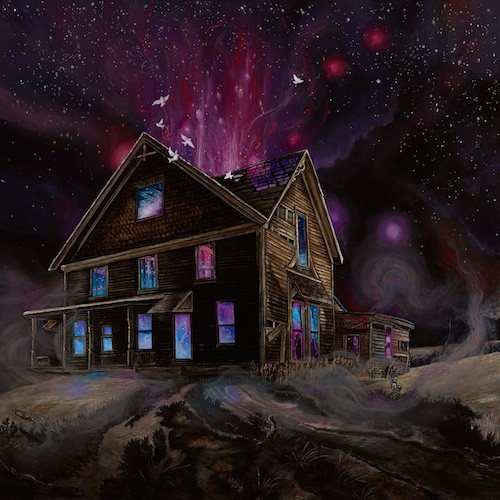 Although it’s been six long years between releases, the band’s latest album (released late last week) shows absolutely no signs of rust or reluctance to continue down the proggy path they set out on with In Dreams and Time, and although the songs in general are shorter and more concise, this simply means that the group have managed to condense their sound down even further in the intervening years, until only the most vital and essential elements remain.

This is immediately apparent on awe-inspiring album opener “Gone”, whose crystal-clear production highlights the drifting, dreamlike guitars and mournful, multi-layered vocal melodies with a near-perfect mix of power and clarity, in a way which should have fans of Devin Townsend’s most serious and reflective material practically on the edge of tears for its entire length.

It’s still heavy of course, in its own subtle way, but it’s a heaviness based on emotional weight and artistic depth, rather than how hard the distortion is being cranked, and, as a result, seems far removed indeed from the rough-hewn fuzziness of the band’s early years.

Follow-up “Through A Window” is, in essence, a cleverly composed companion piece to “Gone”, which reuses and reshapes many of the melodies and lyrics from its predecessor so subtly that, initially at least, the threads which bind the two tracks aren’t as immediately obvious as they become over multiple listens (and, mark my words, this will be an album you’ll want to keep coming back to, time and time again).

On “Lying In The Grass” Ancestors provide their very best interpretation/imitation of latter-day Anathema, but clearly aren’t afraid of this comparison. In fact, the use of vocoder on the vocals at the beginning of the track seems most likely to be a knowing and purposeful wink to A Natural Disaster, but this doesn’t stop the song from going on to develop its own identity in any way, as the blend of tranquil melody, grandiose guitars, and soothing ambience, in the later bars of the song so clearly attest.

And while “Into The Fall” displays some similarly proggy Post-Rock/Post-Metal leanings as those currently displayed by The Ocean, the underlying flavour of the track is still very much distinct to Ancestors themselves, manifesting itself ultimately in a truly heart-breaking final vocal refrain which rises above and beyond the doom and gloom like a single, flickering light in the dark, leading the listener into the haunting, electric haze of “Release”.

Concluding with the gloriously immersive sounds of “The Warm Glow”, simultaneously both the album’s most metallic and most majestic cut, yet also possibly its most solemn and soulful, Suspended In Reflections is truly proof that good things are always worth waiting for. Let’s just hope that we won’t have to wait quite so long for the follow-up this time though…