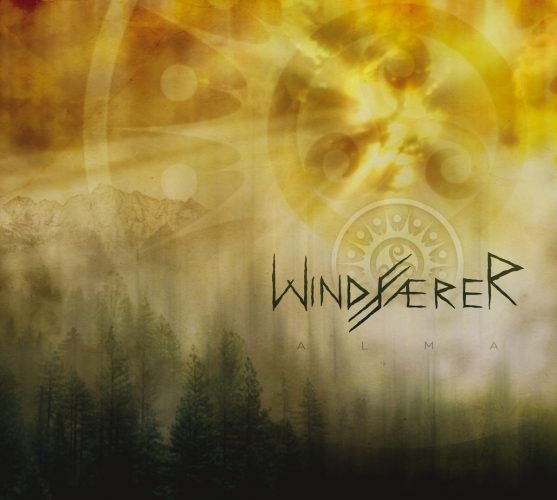 Those of you who’ve been visiting our site regularly for more than a year or two will be familiar with the name Windfaerer, because we’ve been following their steady ascent since early days. This New Jersey-based, folk-influenced black metal band was launched by guitarist and frontman M. Gonçalves as (we are told) “an epic black metal paean to his ancestral homeland of the Iberian Peninsula (Spain and Portugal)”. From its earliest days, Windfaerer has now evolved into a full band in which Gonçalves is joined by electric violinist B. Karas (aka Valček), guitarist I. Keren, bassist M. Muñoz, and drummer J. Applegate, some of whom contribute vocals in addition to their prodigious instrumental talents.

Since 2009 Windfaerer have released two albums, in addition to a few shorter releases, and their third full-length, Alma, is now rapidly approaching a September release by Fólkvangr Records and Avantgarde Music. It’s their most impressive work to date, as you’re about to discover through our stream of all eight tracks. 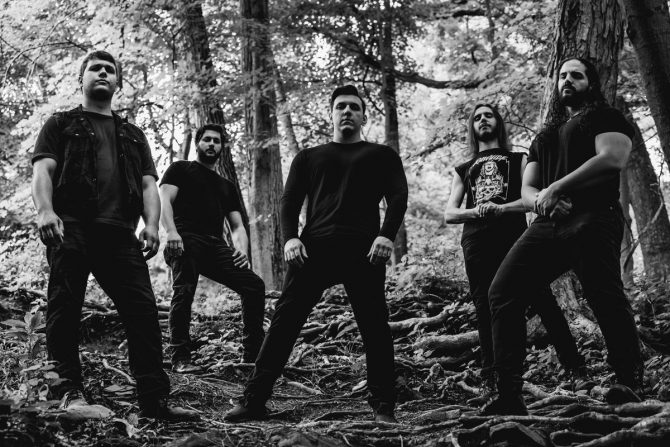 M. Gonçalves has explained: “Alma is about the intangible cosmic forces that drive us onto a path we may not understand. We walk upon a dark course muddled with despair but with flares of hope. The lyrics focus on relinquishing control and being guided toward home by one’s essence. The mechanics of the writing and recording process of Alma echoes these themes. Whereas in previous efforts I, along with Ben Karas, have been the sole composers, the songs on this album were composed and performed by a full band.”

Broadly speaking, this new album is a work of grand ambition and true passion, the band persistently driving themselves to unabashedly tug at the listener’s heartstrings and also to send the heart soaring and the mind spinning toward mythic heights. The music is multifaceted, richly patterned, emotionally intense, and thoroughly immersive, creating moods that are dark and depressive, wrenchingly anguished, and vibrantly defiant. The songs become almost heart-stopping in their grandeur and explosive power, though every sensation of triumph is still edged with melancholy, as if modulated by the remembrance of loss.

Windfaerer benefit tremendously from the incredible vibrancy of Karas‘ violin performances, with almost every song accented by his soloing, which ranges from blazingly incandescent to hypnotically soulful. The ever-changing drum rhythms also persistently rivet attention, while the bass lines give the music a staggering and often ominous heaviness. M. Gonçalves’ evocative riffs and leads are equally integral to the music’s almost relentless emotional intensity and saga-like atmosphere, and his livid, flesh-scarring vocals, which burn with rage and rise in searing cries of pain, are as passionate as everything else in the music.

The music is so over-the-top in its emotional intensity (I keep returning to that phrase) that Alma might run the risk of leaving some listeners emotionally rung out and on the verge of collapse — but that risk exists because Windfaerer are so damned good at what they’ve set themselves to do. It’s not that they don’t provide reprieves from the explosive intensity and sweeping magnificence of the music — in fact, they grant reprieves generously, creating contrasts of light and shade, juxtaposing sensations of warlike vehemence and soft introspection. Moreover, they’ve included two short instrumentals that add to the contrasts, the hauntingly bereaved and entirely otherworldly “O Além”, and the absolutely beautiful but absolutely soul-splintering classical string composition, “Awakening”, which sounds as if it combines violin and cello.

But these are reprieves only in the sense of softening the mood and slowing or banishing the beats, allowing feelings of introspection and wistfulness to emerge. But that’s not to say that these interludes within and between the songs are gratuitous or stripped of emotional impact. It’s just a different kind of primal emotion that the band are channeling.

As early as the powerhouse opening track, “Dawn of Phantom Light”, you’ll begin to understand the kinds of contrasts that become a recurring pattern throughout the album, in which Windfaerer create almost overpowering torrents of electrifying sound, pull back into slower and more spiritual, ethereal passages, perhaps moving from there to music of great solemnity, and then finishing in a way that soars to heights of mythic magnificence.

You may come to recognize these patterns as you move through the album, but they don’t wear out their welcome, or lose their capacity to ensnare you in Windfaerer’s epic visions.

Alma will be released September 14th on cassette tape by Fólkvangr Records, and on CD and vinyl by Avantgarde Music, and it will become available as a digital download on September 3rd. The album was engineered by Scot Moriarty (Organ Dealer) and Kevin Antreassian (The Dillinger Escape Plan) at Backroom Studios in Rockaway, New Jersey, and it was mixed and mastered by Kevin Antreassian and produced by Windfaerer.

3 Responses to “AN NCS ALBUM PREMIERE (AND A REVIEW): WINDFAERER — “ALMA””