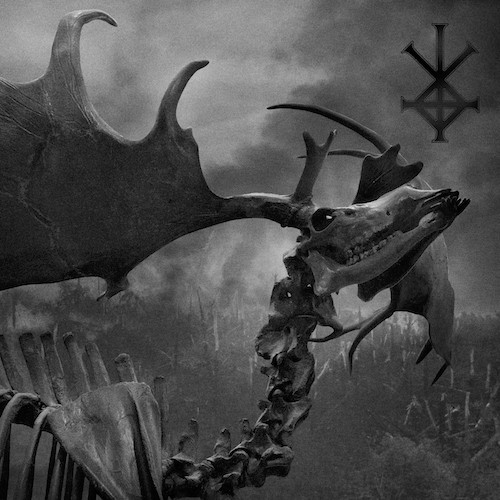 Three days ago we published Andy Synn‘s review of the new album by the Polish black metal horde Outré, a group whose debut full-length Ghost Chants he declared to be the best Black Metal album of 2015, a year that brought many other similarly stunning releases, including Mgła’s Exercises in Futility and Misþyrming’s Söngvar elds og óreiðu. Of the new album, Hollow Earth, Andy wrote that it’s now immediately a contender for the best black metal album of 2018.

Three days ago Outré’s label, Debemur Morti Productions, who will be releasing Hollow Earth on October 26th, hadn’t yet officially announced the release or divulged any tracks for public listening — but now that’s happening, and we’re privileged to help present the first music from the album, a track named “The Order of Abhorrence“. 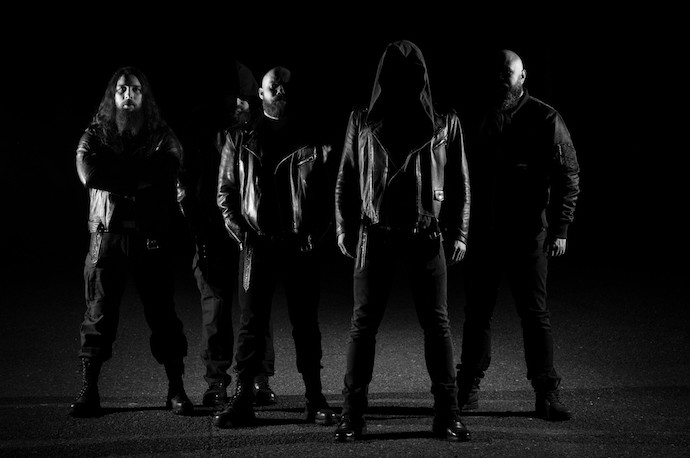 Andy referred to this particular song in his review, as follows:

“Songs like ‘The Order of Abhorrence’ and the truly terrifying ‘Combustion’ (which together form the album’s merciless opening pair following the unsettling introduction of ‘Spheres Within’) meld bone-grinding riffs and cold, cavernous atmosphere with a sense of abstract, angular dissonance reminiscent of Deathspell Omega, all whipped up into a whirling dervish of controlled chaos and blistering blasphemy by the devastating drum-work and venomous vocals of members Maciej and Mateusz.”

There is indeed no denying the shuddering impact of “The Order of Abhorrence“, or Outré’s diabolical skill in creating a powerfully ominous and unearthly atmosphere while simultaneously mounting a truly scathing aural assault. The drumwork in the song is remarkable (as it is throughout the album), mixing truly blistering blast-beats, vertebrae-cracking snare strikes, and much else, while the vocalist’s ravaging roars and fiery howls are livid expressions of extreme ferocity. The bass is given a co-equal presence, and sounds like the pulsations of super-heated magma.

The viciousness of the attack is of course also manifested through the riffs, which create sensations of both roiling violence and murderous hammering. The boiling dissonance in the song gives it a menacing, other-dimensional atmosphere, which the band make even more chilling through the uprising of piercing, mind-warping tonalities and long, baleful reverberations. The music shimmers with paranormal light, irradiates the mind with searing energies, and connects all these experiences with thundering grooves.

Hollow Earth is a seven-track strike, presenting music that (as DMP correctly describes) “effortlessly weaves blasting Black Metal dissonance with guttural, down-tuned Death Metal savagery and sludge-like grooves”. It was recorded, mixed, and mastered in 2018 at Impressive Art Studio by Przemyslaw Nowak, and includes artwork and layout by MentalPorn.

The album will be released on October 26th worldwide and is available now for pre-order in special-edition vinyl, vinyl, and CD editions, as well as digitally.

2 Responses to “AN NCS PREMIERE: OUTRÉ — “THE ORDER OF ABHORRENCE””