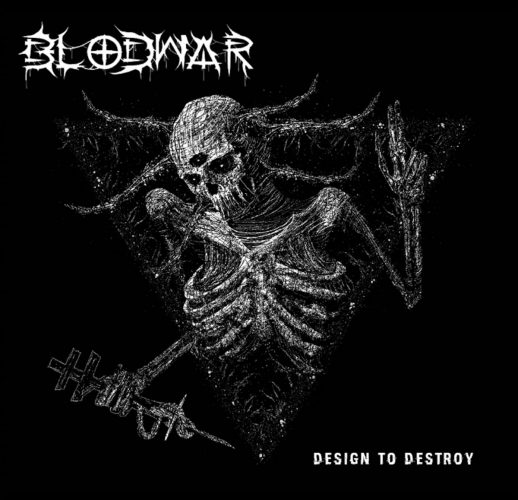 I’d like to begin this review by taking a little trip all the way back to the heady days of… the early 1990s.

It might seem odd to think about it now, but “back in the day” a hungry young band called Machine Head were hotly tipped to be the sound of the underground in the lead-up to the release of their debut album, Burn My Eyes.

Not only would this record prove to be one uncompromisingly aggressive (not to mention bastard-heavy) amalgam of Thrash, Hardcore, and Death Metal, quite unlike anything else being put out at the time, but it would also go on to become (arguably) the band’s crowning achievement and remains to this day their defining statement in the eyes of many of their fans (and even some of their detractors).

Of course we all know what happened next, with Flynn and co. jumping on the Nu-Metal bandwagon, only to fall off (and fall hard) come the turn of the new millennium, followed by an unexpected return to form in the shape of their “comeback” album, Through the Ashes of Empires… and the rest, as they say, is history.

Now whether you love or loathe the band’s increasingly barefaced attempts to court the mainstream and become “the next Metallica” in recent years, you can’t deny that it’s been a remarkably successful strategy, and paid off handsomely for them in terms of increased exposure and ever-increasing record and ticket sales.

But there will always be those left wondering what might have happened had they stuck to their guns (and their heavier roots) after the release of The More Things Change…, and it looks like Minnesota metallers Blodwar might just have the answer. 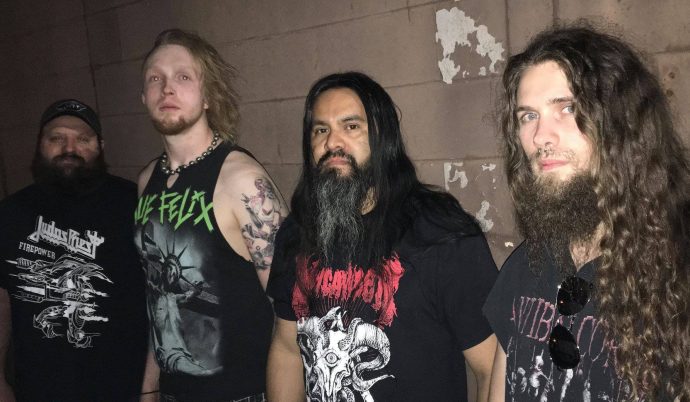 However, that’s not to say that Design to Destroy sounds like some sort of carbon-copy of early Machine Head by any means.

It’s notably thrashier, for one thing, with tracks like energetic, galloping opener “Under the Surface” and the pounding “Ancient Order” erring closer to Exodus and/or Testament in tone and delivery, an impression which is only reinforced when you hear vocalist Joe Walters switch back and forth between his Chuck Billy-ish growl and Souza-esque snarl.

And yet the album’s plethora of chunky, down-tuned riffs and thick, muscular bass-lines (courtesy of Juan Carlos Lagunes-Reyes and Vinnie Swanson, respectively) can’t help but recall a time when the Metal underground was rife with bands attempting to refashion their more “traditional” Thrash influences into something heavier and more extreme.

There’s an Exhorder-like sense of groove to the punchy “Armament”, for example, which you don’t often hear much anymore, while the eponymous “Blodwar” frequently recalls the thrashier side of Metal/Hardcore legends Earth Crisis.

The stomping title-track too finds Blodwar channelling equal parts Machine Head and Prong, with seemingly little to no regard for anything else outside this specific point in time when their formative influences were in their prime and, in doing so, provides an intriguing snapshot into “what could have been” if this particular scene had been able to successfully out-compete its Nu-Metal opponents.

Of course while all this might lead you to suspect that Blodwar are just a straight-up nostalgia act, the truth of the matter is that even though no moulds are broken, no wheels reinvented, and no paradigms knocked spinning off their axis, the short, sharp, and savage nature of Design to Destroy (clocking in at a lean, mean, thirty-four minutes and change) ensures that it neither outstays its welcome or overplays its hand, and I can confidently state that catchy-yet-crushing cuts like “Forbidden”, “Open Wound”, and “Idle Worship” wouldn’t sound out of place on a playlist next to the latest Power Trip.

So if the steady drift of Flynntallica Inc. towards mass-appeal mediocrity has left you feeling a little jaded and cynical, and you’re looking for something to wash away the bitter aftertaste of their most recent album, then this could be exactly the antidote (and antithesis) that you need.

2 Responses to “BLODWAR: “DESIGN TO DESTROY””