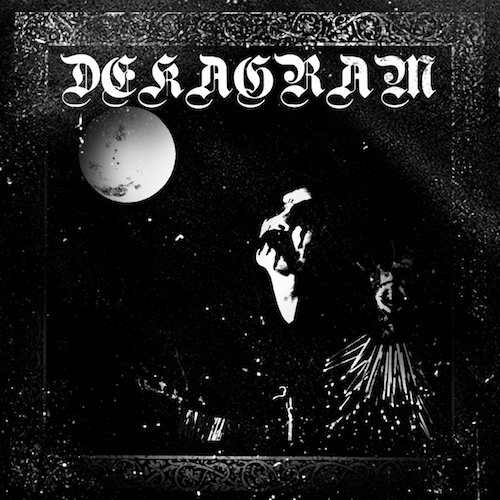 I think it might be best to begin the introduction to this premiere with a few words of warning.

Without any advance preparation, the music immediately assaults the sense, so intensely and so abrasively that the impact is shattering… and for some of you, it will be unpleasant. The layering of high, mind-searing tremolo riffing erupts in an immediate boil, coming in rippling waves of frightening urgency, with a no less urgent snare drum persistently driving the rhythm. There’s virtually no low-end heft in the sound at all, which is made even more incinerating by absolutely terrifying, brain-scarring, reverb-drenched shrieks.

So there — you’ve been warned. And now I’ll explain why you should stick with the song despite the way in which Dekagram starts this musical bonfire. And yes, this album (or EP, depending on where you draw the line) is one song — one 22-minute composition that goes places you probably won’t expect. 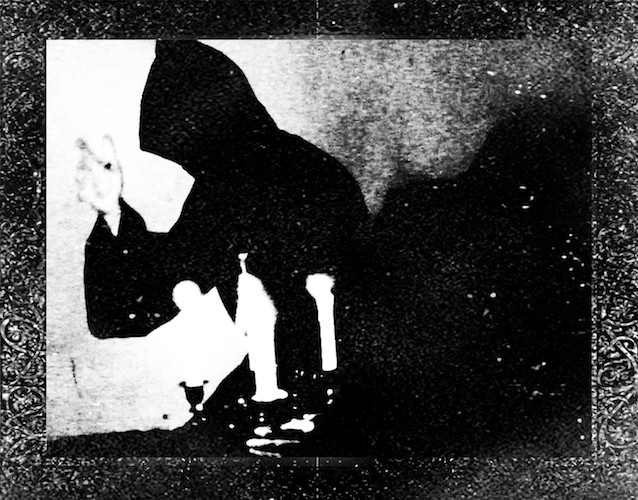 To be fair, May Flights Of Devils Guide You Home is relentlessly intense for all 22 of those minutes — intensely caustic, and also intensely beautiful. There are three moments in the song when the drums and the riffs briefly disappear, replaced by unnerving, crackling ambient sounds, but those incidents don’t really provide a reprieve. Listening to the track is like being carried aloft on a pillar of flame.

The riffing gradually morphs as the drum rhythm repeatedly slows and accelerates, feverishly channeling alternating moods of melancholy and transcendence, ominous gloom and terrifying despair. There may not be low-end heft in the music, but there IS a bass in the mix, an almost muted pulse that takes a little while to pick up, working in counterpoint to the gleaming boil of the guitars.

About mid-way through, haunting guitar reverberations, eventually rejoined by the bass and drum, create an atmosphere of terrible desolation, and then there’s a further change in which the guitar rings like chimes, the sound soaring in a kind of withering glory. The drums begin to gallop again, the high burning riffs return, and the lead guitar pulsates with a soulful, yearning, piercing melody over a vibrant bass line, which is interwoven with cascades of soaring, majestic transcendence — and it is a terrible glory that the music reveals. 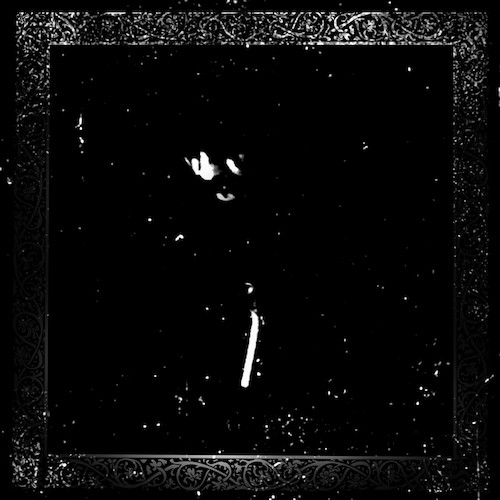 May Flights Of Devils Guide You Home is the first release of this new black metal project, which is the solo project of the elusive IX, who is known in the underground dungeon synth scene for being the mind behind two inter-connected projects that tell the story of a soul thrust into a parallel world of horror, despair and the corrupted nature of man. The two dungeon synth projects are Infernum (telling the story directly from the protagonist’s perspective) and Secret Of The Forest (telling the story from the perspective of both an old hermit, who guides the character toward his true path, and the deific force of nature, personified as Monaia in these stories). You can listen to them both here:

In the case of Dekagram, we’re told that the primary difference is that “rather than telling the story from the same timeline, we take a view from a future version of our protagonist who acts as a sort of guardian angel for our character — helping to inspire and guide him on his path toward redemption and ultimate cosmic alignment”.

May Flights Of Devils Guide You Home is being released today by Grey Matter Productions, digitally and in a limited edition of 50 tapes, which will come in a black velvet pouch with a white purification candle for meditation.