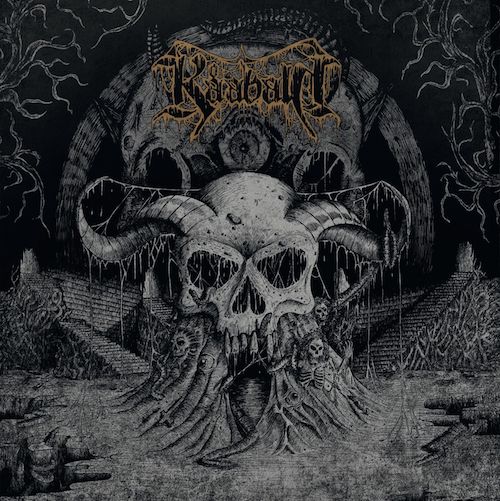 Following the dissolution of the French death metal band Torture Throne in the spring of 2016, former members of the band went on to form a monstrous new entity named Kåabalh, and on October 26th Dolorem Records will release their self-titled debut album. What we have for you today are the hideous sounds of “The Complete Darkness“, the album’s fourth track out of six.

This new song is a massively heavy and deeply malignant bone-breaker, a lurching, heaving death metal beast that radiates inhuman malice and the stench of decaying flesh. All human warmth has been banished; the horrors of death have been embraced. 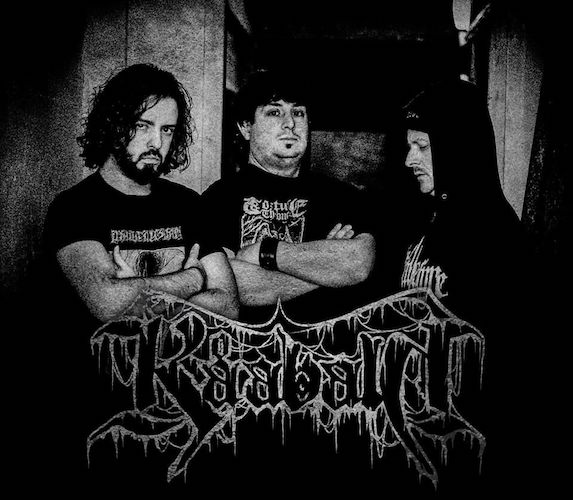 Kåabalh‘s blend of deep, distorted riffs and seething, sickening tremolo leads quickly create a mood of dread and danger, while the double-bass rumbling and skull-cracking snare work, together with a lead-weighted bass presence, give the music crushing impact. There’s also a persistently preternatural quality to the song, due in part to the terrors transmitted through the vocalist’s gargantuan roars, gruesome retching expulsions, and crazed howls.

An oppressive atmosphere of doom and decay hangs heavy about the music, amplified by the reverberations of a dismal, ghastly melody, and by the moaning, groaning, blaring riffs. And when the chords become a jolting force, the song transforms into a massive, mauling juggernaut.

Dolorem Records recommends Kåabalh for fans of Disma, Incantation, and Grave Miasma. The album was recorded, engineered, and mixed by the band’s vocalist and lead guitarist, Damned, and Damned ARTS created the album cover.

One Response to “AN NCS PREMIERE: KÅABALH – “THE COMPLETE DARKNESS””