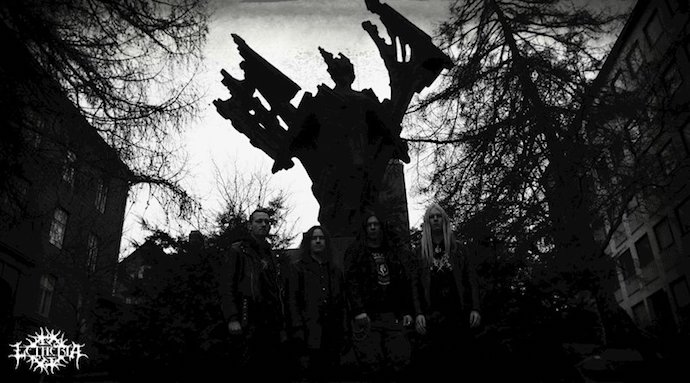 Over the 10 years from 1999 through 2009 the Finnish death metal band Letheria released seven demos, and then followed those with a trio of EPs from 2010 through 2014. At last, they’re bringing forth a debut album on November 23rd of this year through the insidious graces of Saturnal Records. Its title is Death – Principle.

Hatred and disgust seem to be the chief emotions that have inspired their creations, which you could easily infer from such titles on the new album as “Swinelord of Devouring and Fucking”, “With Tears of Urine You Will Cry His Name”, “Rotting God”, and the song we’re about to present — “Pestchrist“. Arrogance, scorn, and malignance live in the music as well, yet in this song you’re about to hear you’ll find a kind of terrible magnificence as well. 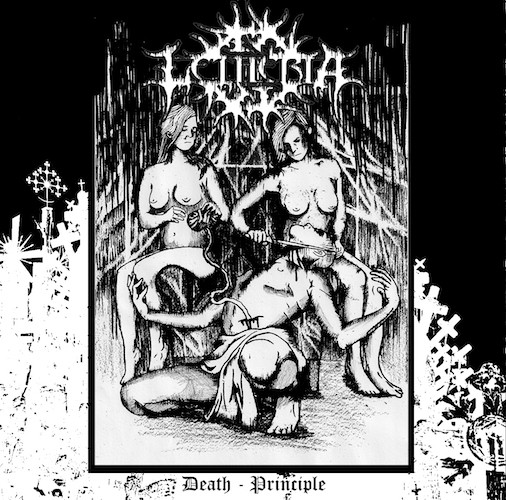 Aided by a powerhouse production that delivers the music with striking force, “Pestchrist” is a mix of the dismal and the grand, both a miasma of plague and a bonfire of preternatural transcendence. When the drums are driving in a punishing fury, hard-jabbing and pile-driving riffs will get your head moving, and when the propulsion slows, the guitars ring out with a resonance that’s eerie and twisted, yet strangely glorious.

And there is nothing more arrogant and scornful in the song than the vocals, which cross a range of tyrannical extremity, from blood-freezing roars to skin-stripping shrieks and wrenching cries.

Blasphemous and enraged they may be, but Letheria know how to write a song — and this one proves to be damned addictive.

Check out “Pestchrist” below, as well as a previously released track named “One Spit Of A Thousand Swears“. CD and digital pre-orders are available now: