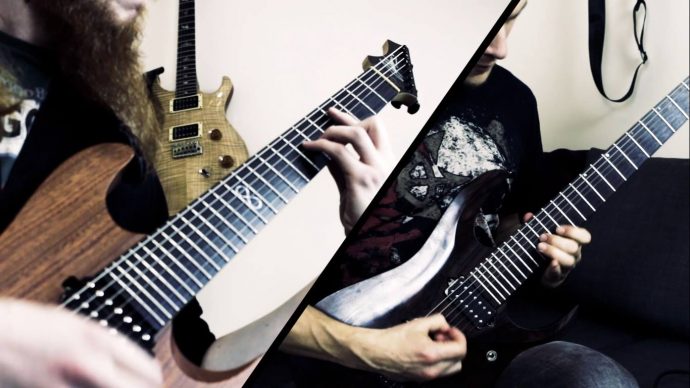 As most of you will know by now, one of our longest-tenured writers, Andy Synn, is also the frontman of the UK “omni-dimensional death metal” band Beyond Grace. Their debut album, Seekers, was released in July 2017, and while the group are now hard at work on a second album, they’re giving us a reminder of the music on Seekers through a play-through video that we’re happy to premiere today.

The song chosen for this new video is “Black Math Ritual“, and the performers featured in the video are the current Beyond Grace guitar duo extraordinaire of Tim Yearsley and Chris Morley (the latter of whom joined the band after the recording of Seekers). 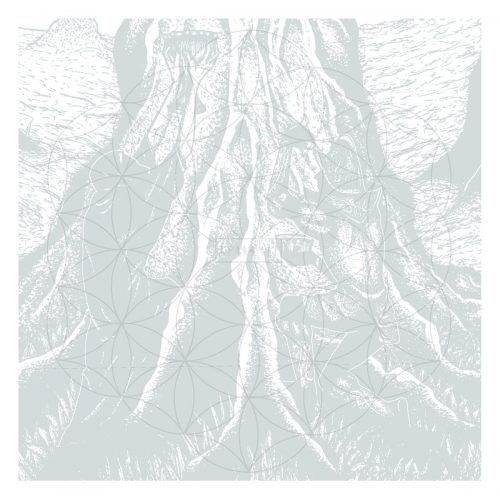 If you’ve not heard “Black Math Ritual” before, prepare for a neck-snapping, head-spinning experience — with an unexpected detour. The glimmering, dreamlike sequence of slowly strummed chords that opens the song could easily have woven a spell if it had lasted longer, but is instead broken by the shocking assault of obliterating drum fury, urgent bass pulsing, and vicious, seething riffage — yet there’s still something dreamlike and mystical about the contrasting lead-guitar melody that rises above that savage attack.

Andy‘s roars and shrieks, and the song’s thundering grooves and pugilistic string flurries, push the intense energies of the song deeper into the red zone — until it drops out of the zone without warning, yielding the floor to a moody, and completely beguiling, instrumental section, warmed by the tone of the bass, lit by the vibrancy of the guitar performance, and moved by the head-moving drum patterns. We’ve gone from superheated technical death metal to something cool and jazzy — and then almost as suddenly as we left it, we’re back in the red zone again, but with one more sorcerous diversion still to come.

In the video you’ll get an up-close and personal view of the execution of the song by the band’s two current guitarists (sans Mr. Synn‘s vocals, of course). To check out the song as it appears on the record, we’ve included a stream of it along with the video.

You can listen to the rest of Seekers, and obtain it for your very own, at Bandcamp:

One Response to “AN NCS VIDEO PREMIERE: BEYOND GRACE — “BLACK MATH RITUAL””