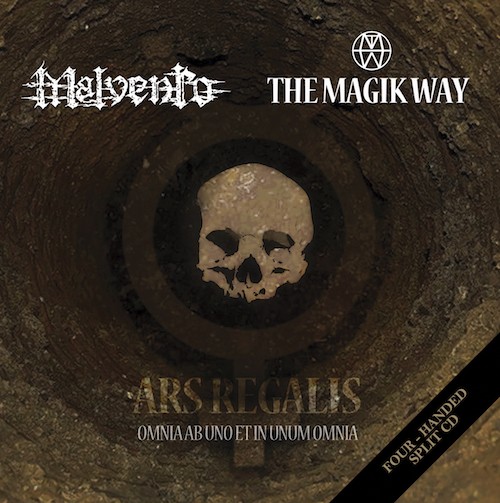 In hermetic mysticism, V.I.T.R.I.O.L. is an acronym standing for “Visita Interiora Terrae Rectificando Invenies Occultum Lapidem” — “visit the interior of the earth, and purifying it, you will find the hidden stone”. Just as vitriol was a substance used in alchemical practice for the transmutation of metals through successive purifications, at an esoteric level it represents a similar process, one of self-destruction and regeneration that is intended to lead to a transmutation and a union with the divine. The term might also be interpreted as a way of saying  “look within yourself for the truth”.

“V.I.T.R.I.O.L.” is also the title of the first of four tracks on an unusual new split album entitled Ars Regalis created by members of two esoteric Italian black metal bands, Malvento and The Magik Way (created by former members of Mortuary Drape), and we present a lyric video for the track today — preceded by a few more words of introduction that may help shed further light on what you’re about to experience. 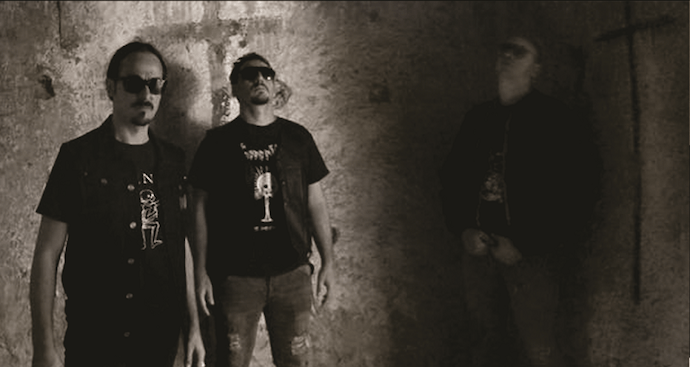 Ars Regalis represents a true collaboration, in which the participants sought an aesthetic union among philosophical concepts, lyrical expressions, and of course sound. The lyrics (in Italian) were created by Doc. Rossignoli, who is credited as “the mind behind the concept of the entire work”. And in the case of “V.I.T.R.I.O.L.“, the lyrics (which have been translated into English for our lyric video) are rooted in the process represented by that hermetic acronym, which “ignites in gold the black room where the initiate is to take the first challenge: the challenge of the Earth, the test of Death, the challenge of the Self passing, intended as stepping away from a Finite condition towards a superior state of Eternity, as in the mysterial rituals’ process of self destruction and regeneration”:

“Surrounded by deathly walls, taken to the Great Mother womb, fed and protected in its darkness, the initiate is prepared to a new birth, as seed that only if buried can regenerate itself and all is around it”.

With this concept in mind, Nequam (from The Magik Way) created a minimalist expression of sound — “a voice, an arpeggiated bass line, a martial bass drum played by Azàch [also from The Magik Way]” — and then turned the raw recordings over to Malvento, who (we are told) “decided to act exclusively on the ritualistic side of the track with the aim of exalting the lyrical concept through the use of synthetic soundscapes, dosing the poison little by little, in order to avoid compromising the mesmerising melodies.”

The combination of these ingredients produces a way of expressing the process of dissolution and then fusion of the parts of the self into a new and transformed union. The bands leave us with another acronym: OMNIA AB UNO ET IN UNUM OMNIA (“all is in one and one is in all”).

Of course, a listener need not share or even comprehend the inspirations or goals of musicians in order to appreciate and be moved in some way by the music itself. But here, the music does create the palpable atmosphere of an exotic ritual, one in which the sounds create an unnerving and abrasive sensation consistent with the idea of sulphurous dissolution, and then a reassembly as the rhythm takes hold and massed voices, both harsh and chanting, rise up in the midst of seething vibrations.

As mentioned earlier, Ars Regalis consists of four tracks. We have already described the process of creation that led to “V.I.T.R.I.O.L.” “Eterno” is  a new track created by Malvento. “Secondo Natura” is a new track offered by The Magik Way. And in “Babalon Iridescente”, Malvento provided the raw recordings which were then re-assembled and elaborated upon by The Magik Way (the reverse of the process used in the creation of “V.I.T.R.I.O.L.”).

Ars Regalis will be released by Third I Rex on December 23rd, as a digital download and in a CD edition. Both can be pre-ordered through the first link below, and that page provides further details about this new collaborative split.