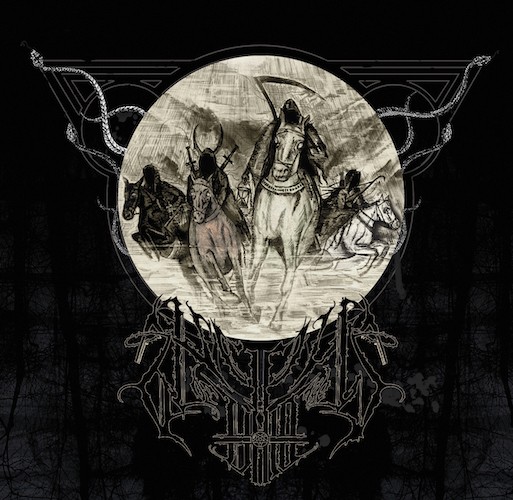 We’re well past the point when it’s possible to neatly classify black metal by national origin (if there ever was such a point). Yet when I think of Finnish black metal, images of thrusting goats and leering demons still come to mind, spawned by the feral, carnal viciousness deployed by some of the country’s best-known blasphemous deviants.

Those same images sprang to mind more than once in listening to the self-titled debut album by the anonymous Finnish duo Disciples of the Void, but mixed with other mental imagery, because the album is a multi-dimensional affair, one of those gripping surprises that is both atmospheric and rampantly physical in its sensations, successful in its appeal to base instincts and also evocative of less carnal and more august, but more frightening, visions.

After a handful of additional paragraphs by way of introduction, we will have a full stream of the album for your exploration in advance of its release by Primitive Reaction two days from now on December 7th. 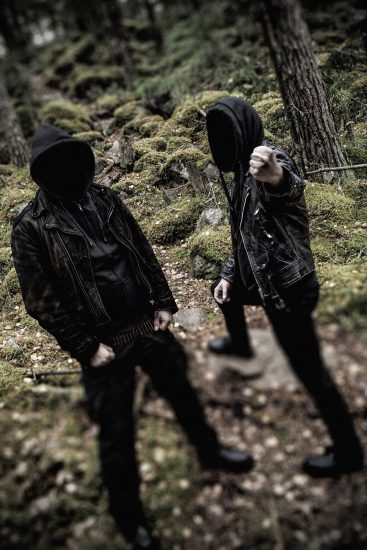 If there’s a dominant impression, it’s one of immense sulfurous storms of dramatic, frightening power that overwhelm the senses with near-symphonic immensity. The production gives the music a ravishing clarity, but it’s still dense and devastating.

The music’s striking power is due in no small part to the speed and ferocity of the drumming, which was executed here by session member Trish Kolsvart (who has contributed her talents to such projects as Urarv, Elände, and as a live member for Craft and Necrodelirium). Across her tumultuous battering performances, augmented by deep bass pulsations, waves of melody cascade in a manner that is both searing and cold, burning and bleak.

Chaos erupts, but as forecast by the album’s opening infernal fanfare (“Ad Gloriam Invictus Satana”), the songs also reveal components of soaring yet ominous grandeur and occult mysticism. On the other hand, the band also break out rocking, lustful, head-hammering chords and vibrant, hook-heavy, emotionally evocative leads that often shimmer on the border where pain and ecstasy meet. 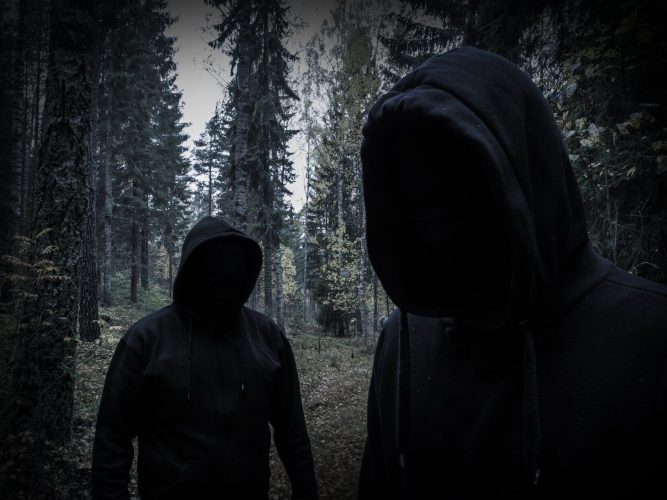 Some brief interludes of beguiling strumming and picking lurk within “The Heirs of Wormwood”, and “Enter the Void” is a foreboding interlude all its own, but for the most part the album is unrelentingly intense, even though the intensity takes different shapes. And the utter viciousness of the vocals, which are wide-ranging but always blood-curdling, form a key part of that unremitting intensity — until you reach the singing in the band’s cover of Bathory’s mythic “Home of the Once Brave” from 1990’s Hammerheart, which ends the album.

In some obvious ways, that choice of a closing track marks a dramatic departure from the tracks that precede it, but given the band’s devotion to ’90s black metal, it also makes sense — and they do a fine job with their cover, as they do with everything else they’ve created for this first full-length.

And with that introductory review behind us, we hope you enjoy Disciples of the Void. Look for its release by Primitive Reaction on December 7th.