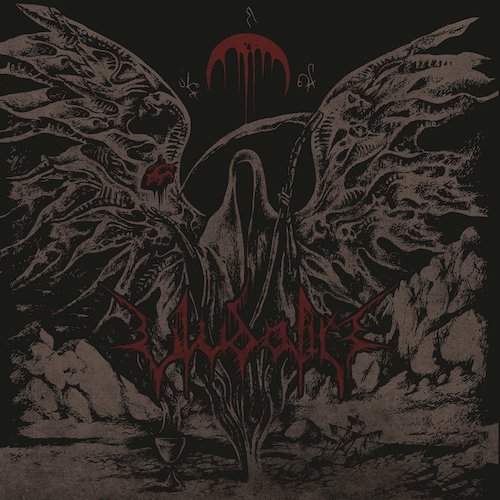 With only 11 days left in the old year we’re now being hit by an onslaught of advance tracks from albums destined for release early in the new one. There’s always a risk that excellent records released at the end of the year will be overlooked, and perhaps an equal risk that albums released in the early days of 2019 may be forgotten when year-end lists are assembled next December. However, I’m betting that the new one by the Russian black metal band Ulvdalir, which is set for release by Iron Bonehead Productions on January 25th, won’t be forgotten — it’s just too damned magnificent!

This new full-length, …of Death Eternal, is Ulvdalir‘s fourth album, and their first in eight years. The first sign of its startling extravagance was a song named “Swords of Belial” that surfaced last month, and now we present a second sign, in the form of “Music of Cold Spheres“. 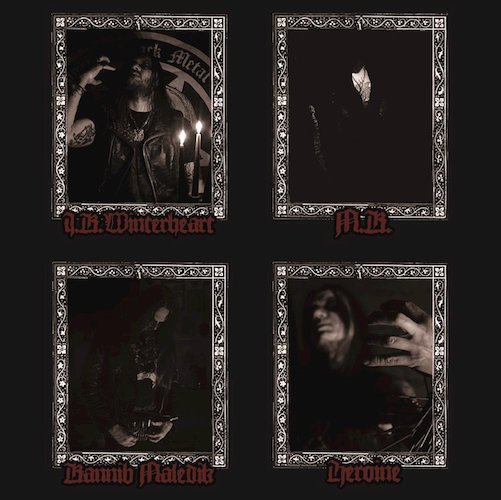 As I wrote when I first encountered “Swords of Belial“, its mid-paced opening is infernally imperialistic — ominous, oppressive, and yet indicative of a dark and looming grandeur. Even when the pacing surges to a gallop and when the rhythm segues into a rocking beat, the atmosphere of being in the presence of a dangerous and demonic eminence persists, aided by the cruel and crazed viciousness of the vocals, which themselves sound demonic, and the near-panoramic sweep of the majestic melodies. In its fantastic finale, the song also features an exotic, fiery, extended guitar solo and reverent, soaring clean voices indicative of praise and supplication.

That song was absolutely thrilling, but no more so than “Music of Cold Spheres“. As the title might suggest, there is indeed a chilling, unearthly aura that emanates from the song, but it’s also a spectacular event, a manifestation of nova-like chaos that also soars.

Ulvdalir zoom into the stratosphere right away in this track, with an immediate onslaught of furious drum blasting, molten riffing (which has an incandescent sheen), and a torrent of wolfish snarls and vicious howls. Many course changes lie ahead, however, beginning with a shift into an irresistibly head-moving, classic heavy metal riff accented by an extended reverberating solo that’s both white hot and sinuous, shrieking and serpentine.

That electrifying experience, in turn, paves the way to another rocket-like, full-adrenaline surge into burning clouds. But the music changes course again as the drumming slows and a moody melody takes hold, leading into another wondrous solo that enhances the music’s dark and increasingly anguished mood — and there is one last burst of feverish and savage magnificence, one final solo, and one further and different manifestation of vocal intensity.

I’ll repeat what I wrote about the album’s first single: It’s very, very easy to get completely carried away by this newest song, to be carried aloft, nerves alight, heart pounding, and head spinning.

Listen to both tracks below, and perhaps you’ll understand the confidence of my prediction that …of Death Eternal won’t be soon forgotten after Iron Bonehead bestows it upon us in January. It will be sold in both CD and vinyl LP editions. Watch these spaces for further release info:

One Response to “AN NCS PREMIERE: ULVDALIR — “MUSIC OF COLD SPHERES””