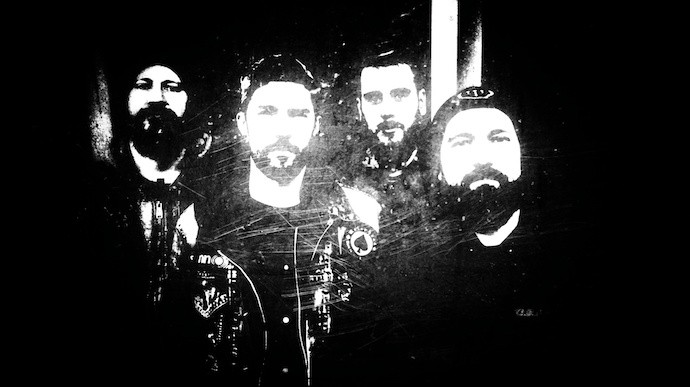 In September of last year we reviewed and premiered Slaves & Snakes, the new album by the French band Nuisible, which was released later that month by Deadlight Records. In describing their brand of brutalizing heaviness the band make references to Tragedy, Darkthrone, and Entombed. Crust and hardcore form the backbone of their assaults, which are undergirded by massive low-end weight and driven to heights of murderous blackened frenzy. The music is as merciless as the open mouth of Hell and meaner than a pack of rabid dogs, and yet on this album the band display a knack for embedding both rhythmic and melodic hooks in its ten mauling tracks, and of switching gears often enough to keep you in harness for the whole bruising ride.

In attempting to describe the album’s crippling physicality, I wrote: “Delivered in different ways, it’s a bone-breaking, body-mangling demolition job. The drumwork is punishing; the bass lines sound like the gnashing of granite teeth; the rhythm guitar is tuned to a gritty, bruising tone; the sounds of the lead guitar are almost always unnerving, And the jugular-ripping vocals are raw, berserker manifestations of unbridled rage.”

Slaves & Snakes is definitely a demolition job, but one that doesn’t wear out its welcome despite the music’s unvarnished and often painful intensity. And in case you missed it, today we have an excellent reminder of why you should fix that oversight, because we’re premiering an engrossing music video for the album’s third track, “Evil Still“.

The pendulum of a clock ticks down the march of time. A sober-faced, graying man counts the march of days to come in an organizer of pills he must take, and then, in seeming rage at his circumstances, takes to the night-dark streets, and to a bar and beer. As he fuels his belligerence and frustration with increasing quantities of alcohol, events take increasingly darker turns as the protagonist revives and gives free rein to the demons that drive him, seeking a way out of his depression.

As this grim tale unfolds in the video, Nuisible rip through the accompanying track in interspersed scenes. The music is as fiery and punishing as anything on the album, a slashing, seething, and clobbering experience that’s full of fury and fight, and manages to be both ominously grim and rampantly riotous. The staggeringly heavy breakdown in the track is particularly traumatic, but proves to be just a skull-softener for the percussive artillery fire and cacophonous abrasion that follows it.

The track also provides a good example of Nuisible‘s facility, noted earlier, for lacing their music with melodic and rhythmic hooks that stick their tirades even more firmly in the head. 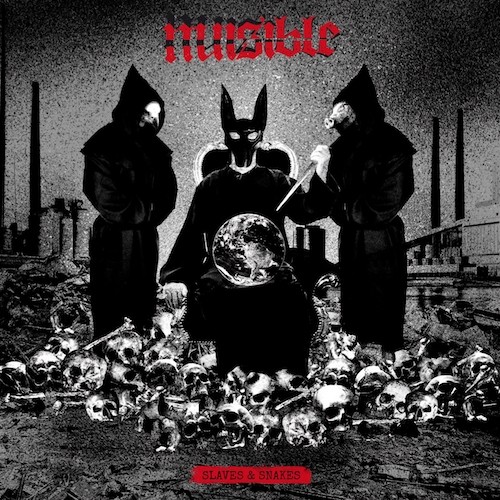 The video for “Evil Still” was produced by Michael Leclere. In addition to presenting the video, we’re including a stream of the entire album for those who haven’t yet explored it. If you prefer music that won’t leave you feeling black and blue, look elsewhere. To repeat what I wrote in my review: If you want to wreck your neck, channel your pain and anger, and get big shots of adrenaline, listen to Slaves & Snakes.