We have been following the progress of the French black metal band Sordide since discovering and writing about the first preview tracks from their second album, 2016’s Fuir la lumière (escape the light), that appeared in advance of the album’s release. That led to the opportunity for us to host the debut of a complete music stream for that exhilarating record, which became one of this writer’s favorite releases of 2016.

Sordide have now completed work on a third album, the name of which is Hier déjà mort, which will be released on February 15th by Throatruiner Records, WV Sorcerer Productions, and La Harelle. Not long after that, Sordide will embark upon a European tour with the Dutch black metal band Turia, whom we’ve also praised repeatedly at our site. Today we provide further details about all this news, as well as a chance to listen to the opening track from the new album (following a prelude) entitled “La peur du noir“. 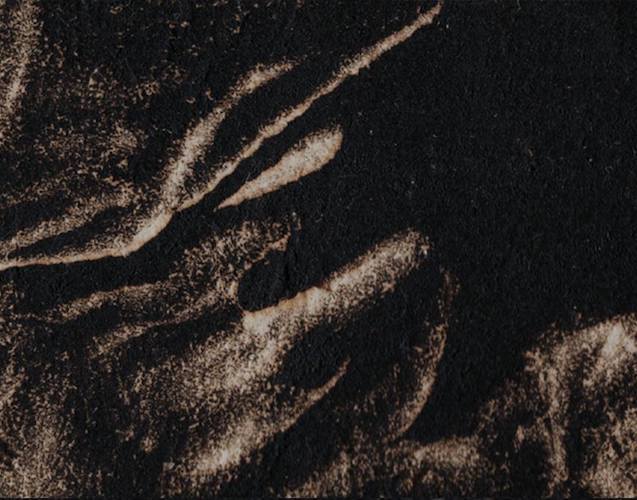 As immensely good as Fuir la lumière was, Hier déjà mort isn’t simply a re-treading of the paths already taken, but it still includes the qualities that made the preceding album so striking. We’ll have more to say about the album as a whole, but for now we’ll focus only on “La peur du noir“.

A brief but haunting cymbalum solo opens the album, and then “La peur du noir” rages immediately, drums thundering, bass throbbing, and the guitars generating a gale of unearthly sound. Spears of eerie, luminous sound flash from the wild, roiling tumult, and the savage ecstasy of the music is matched by the vocalist’s unhinged cries and ferocious, serrated-edge howls and growls.

While Sordide certainly rekindle memories of just how barbaric and otherworldly they can become in full-on attack mode, the song also displays their knack for quick-moving changes as they dose the song with moments of punk-like rocking and racing leads that push the intensity even further into the red zone, as well as decelerating into a closing passage that’s both grieving and grand, ominous and ultimately heart-cratering. 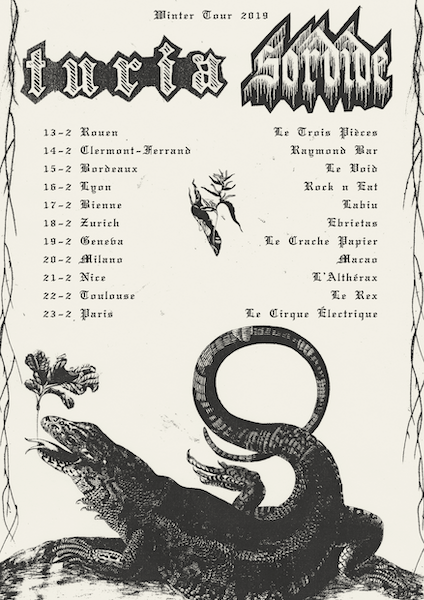 Credit for the eye-catching cover art goes to Henry Klein. The instrumental performances were recorded live at Les Grandes Gaudières by Master of Goats; the vocals were recorded by Sordide; and the record was mixed and mastered by Marlon Wolterink at White Noise Studio.

Finally, as you can see, we’ve including the poster for Sordide‘s upcoming European tour with Turia. For anyone within striking distance of the locations, you should not miss the chance to experience these two electrifying bands in a live setting.