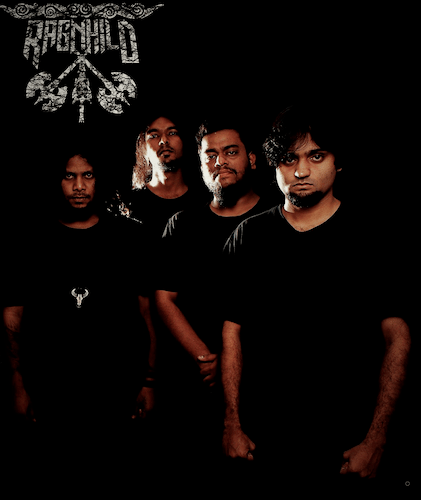 Pune, India, might seem like an unexpected place to find a melodic death metal band whose songs are based on pagan Viking cultures, with an affinity for Norse and Celtic melody and lyrical narratives based of the escapades of mythic warriors. But Pune is indeed where Ragnhild are based, and those are indeed the interests that have helped shape their songwriting so far (though they’ve said that their future plans will likely include writing songs based on ancient Indian culture).

After seven years of work as a band, Ragnhild‘s first album, Tavern Tales, is projected for release on March 10th, and today it’s our pleasure to host the premiere of a lyric video for a savage but glorious song called “Under the Red Sky“, which also includes footage of the band’s fiery performance of the track. 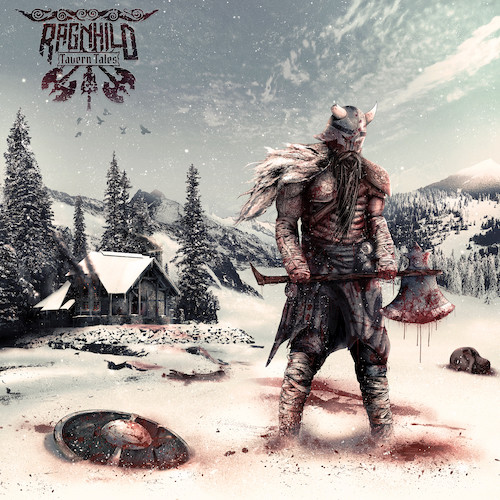 There are indeed grim and warlike aspects to this music, from Shardul Kadam‘s bruising riffs and Ajinkya Bhingardive‘s beefy bass lines to Devashish Goel‘s pneumatic, neck-wrecking drumwork and Rohit Jalgaonkar‘s vicious howls and raging screams. But it’s the lead guitar performance that carries the melodic vitality of this barbarically plundering music, and really makes it shine.

Rahul Dhake‘s fretwork is remarkably agile but wonderfully fluid despite all the eye-popping dexterity. It really is an enthralling performance. His extended soloing is red meat for a shred-hungry listener, but it also gives the song a heroic, sky-bound quality that’s a match for the lyrical story. And as for that story, Ragnhild explain:

“The lyrics that we wrote are basically out of our own imagination of various incidents that took place in our history. ‘Under the Red Sky‘ is written with similar ideas. The lyrics talk about a fleet of soldiers that were betrayed by one of our own and by the grace of the gods, they found out about the ambush that awaits”.

As mentioned, the band expect Tavern Tales to be ready for release on March 10th. It features cover art by Aaron Pinto. For further details about the release and how to get it, keep an eye on this location:

TRACK LIST:
Battle on My Grave
A Viking Mosh
We Will March
Glory of our mighty king
Under The Red Sky
Stronghold
Ragnhild
Tavern Tales (title track)
Death of a warrior