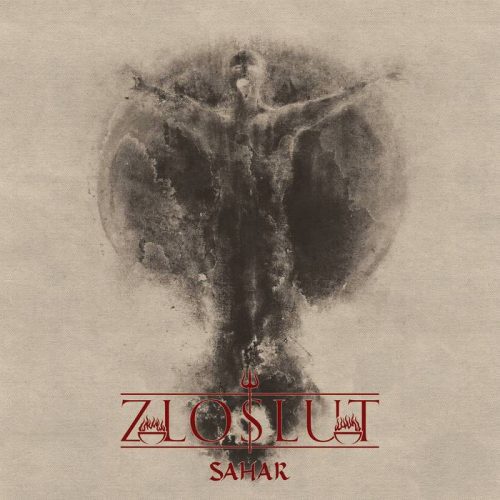 Sahar, the third album by this Serbian band (whose name roughly translates as “ominous”), and the first since it expanded from the solo project of Agnarion into a full line-up, is an interesting and very effective interweaving of stylistic ingredients, made with a blazing loom. 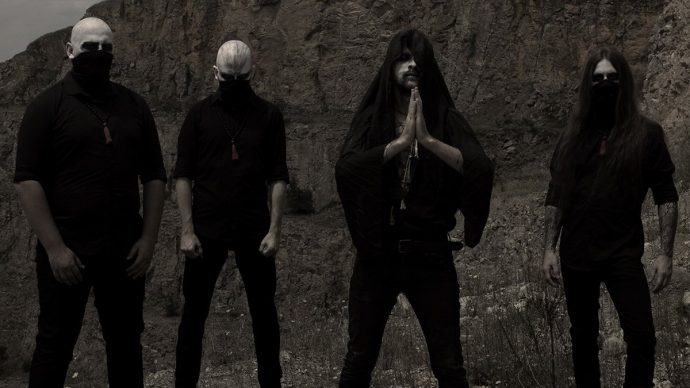 Produced with a powerful sound, the music varies considerably, from slow, dissonant, and titanic to frontal assaults of scything delirium, from spiraling whirls of otherworldly, ecstatic melody to fiery bursts of retro-thrash riffing that (as one friend commented) might remind you of Voivod, early Deceased, and/or Nocturnus (check out “The Guest” and the mammoth closing track for good examples of that).

All of the songs display a knack for crafting hooks, all of them vary dramatically in their tempos as they proceed (with absolutely riveting drumwork and rich guitar textures), and all of them are cut with brazenly vicious vocals (and extravagant cries to blood-red skies). This album never flags — it’s non-stop excitement, even in its darkest and most ominous moments.

Sahar was released on February 5th by Morbid Chapel Records. 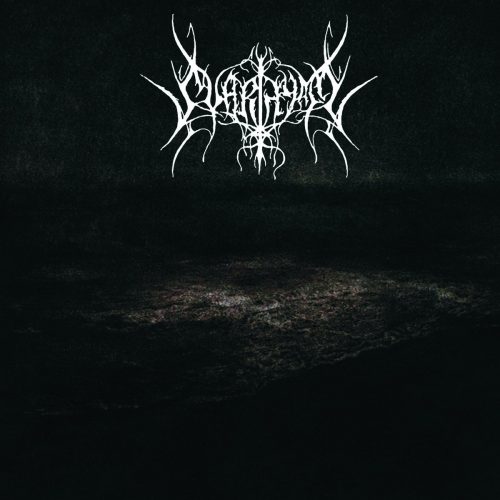 This release surfaced as a digital download on Bandcamp just two days ago, but the original recordings date back to 2001, when the three tracks were part of Svarthymn’s extremely limited cassette-tape split with the Swedish band Armagedda. Heidens Hart then released the tracks in a stand-alone CD edition in 2013 that bears the same name as the band, with improved sound. And now we have the digital release.

It’s not clear whether Svaryhymn still exists, but no new music has appeared since those three tracks from 18 years ago. Despite their vintage, they’ve held up very well.

As the label owner says, “These three tracks are a personal embodiment of despondent, crestfallen, melancholic, depressed black metal”. I’ll add that these songs are unusually well-crafted. The melodies are sublimely moving — glorious as well as anguished, frenzied as well as fragile and desolate. The tortured vocals are strikingly powerful as well. To repeat: for music that was created 18 years ago, this still sounds completely current, and therefore ahead of its time. 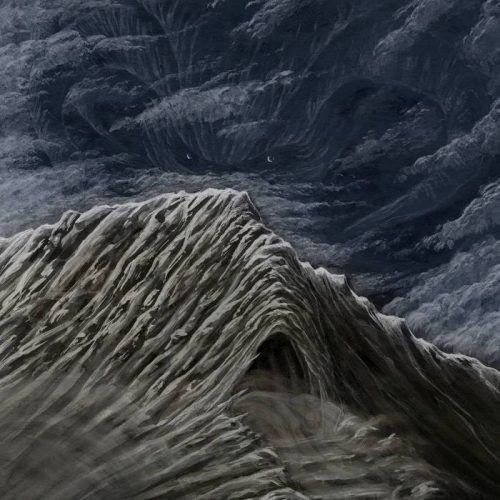 Deviant is the debut album (and apparently the first release of any kind) by a black/death trio from the Netherlands named Defacement. It surfaced on February 1st as a digital download via Throats Productions, but that label will be releasing it on CD and vinyl this coming spring. The label recommends it for fans of such bands as Aosoth, Deathspell Omega, and Misþyrming.

The opening of the album is a hell of a gripping experience, with the gloomy yet beautifully enthralling instrumental opener “Isolated” followed immediately by the staggeringly powerful sonic cyclone of “Deformed”. The latter is thunderous and all-enveloping — a combination of eye-popping drumwork, ravaging riffs, shrill, freakishly swirling leads, and cavernous vocal monstrosity. It does hit like a cyclone, but one that seems conjured by powerful, black-hearted sorcerers rather than borne of such mundane factors as violent weather conditions.

The rest of the tracks on the album are also riotously explosive and marvelously head-spinning. It’s a manifestation of chaos that’s eerie, intricate, and laced with arcane melodies — as well as mounting a breathtakingly ferocious and unrelenting assault.

I might have suggested some kind of break in the action, along the lines of the album opener, just to allow room for some deep breaths, but on the other hand I got so addicted to the maniacal drumwork alone (not to mention the mind-bending impact of everything else) that this only occurred to me after I’d finished the whole white-knuckled rush.

(The cover art, which I quite like, was created by Claudio Moreira.) 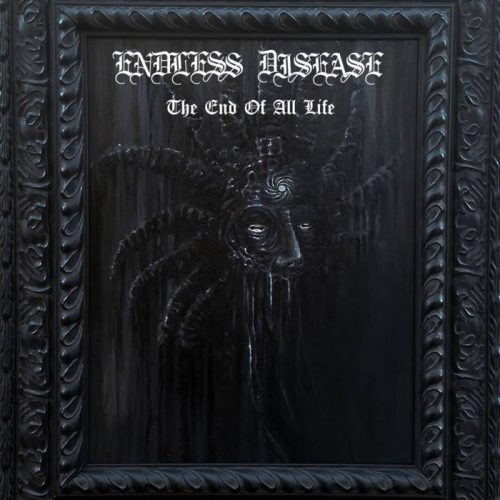 I made time for this last album in today’s collection because this Texas band’s two members have done such good work in other formations. Those two are vocalist/guitarist/bassist Ryan Wilson (The Howling Void, Pneuma Hagion, Intestinal Disgorge, Excantation) and drummer Shane Elwell (Excantation, Intestinal Disgorge). They describe the music of Endless Disease as “absolutely pissed-off, furious crusty black metal”, something like “Craft with a ton of d-beats and grind passages”.

As a musical style, blackened crust is clearly in vogue these days, but Endless Disease are really, really good at it, and their attack is more thrash-oriented and turbocharged than other bands who get that label. It’s also no exaggeration to say that the music is pissed-off — it’s undeniably vicious, especially when the pacing turns the music into a full-throttle wrecking machine (but it’s damned nasty even in the more bleak and bruising, mid-paced segments). When Wilson snarls “There will be no pity / not in this life” during “Every Beating Heart”, he sounds deadly serious.

However, as murderous as the music is, the riffs are electrifying, and so is Elwell’s rocket-propelled, razor-sharp work behind the kit, and you’ll have plenty of occasions to bang your head like a maniac (check out “Embrace Death”, for example, if you doubt me). Only one of the 10 songs tops the three-minute mark, and that’s another sign of the band’s riotous mentality, delivering one short sharp shock after another. What a rush!