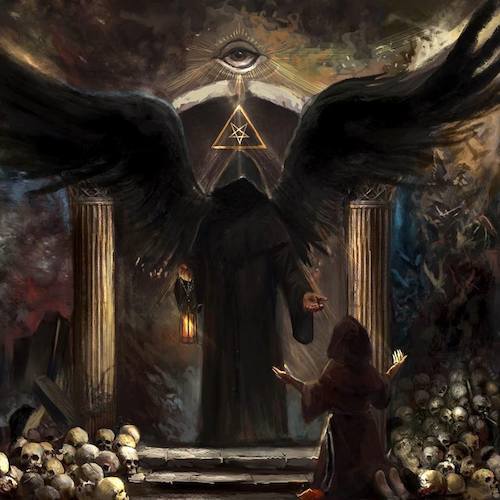 At almost 80 minutes in length, Abyssic’s new album High the Memory is a demanding experience. And the demands it places on listeners go beyond the magnitude of the minutes. It is emotionally devastating — and uplifting — in ways that less intensely powerful music, and music less intensely devoted to darkness in its varying dimensions, can’t achieve.

In these complex and richly textured compositions, which draw upon ingredients of funeral death/doom, black metal, and prog, augmented by classical orchestration (and the use of Mellotron, Minimoog, and upright bass), Abyssic create combinations of crushing power and mystical evanescence, of oppressive gloom and fragile, gleaming beauty. Dread and devastation stalk this vast musical landscape, furrowing the earth with great troughs of misery and despair, while brilliant stars wink overhead, blazing comets streak the night sky, and the borealis shimmers in unearthly brilliance. The effect of these juxtapositions is harrowing and hypnotic, magisterial and monstrous. 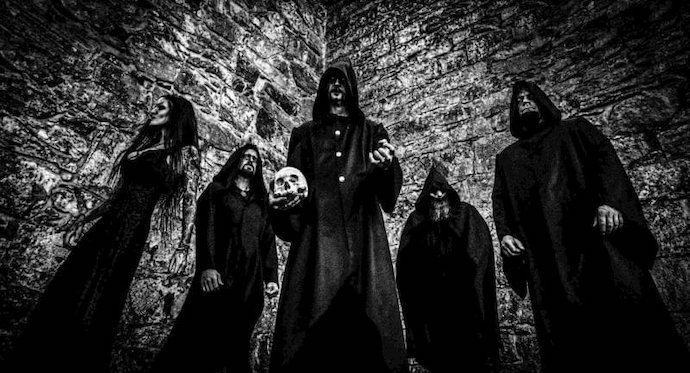 High the Memory is this Norwegian band’s second album, and for this recording the founding trio of Memnock (vocals, contrabass), Elvorn (guitars), and André Aaslie (keys, orchestration) were joined in the line-up by drummer Tjodalv (Susperia, ex-Dimmu Borgir, Old Man’s Child) and bassist/vocalist Makhashanah (aka Henriette Bordvik – Asagraum [live], ex-Sirenia).

In collaboration, these artists have created an ever-changing tapestry of sounds throughout each of the album’s five tracks, all of which are unusually long and two of which exceed 20 minutes. They interweave shimmering ambient waves and glistening notes, the swell of massed symphonic strings and the magnificence of orchestral horns, immense groaning chords and explosive percussive detonations. Moody but alluring melodies straddle a line between gloom and glory, between mortification and sublime mystery. Darting arpeggios, bright but beleaguered, and the fragile, haunting sounds of piano and guitar, are juxtaposed with the panoramic sweep of the orchestration, which is luminous and lush, and also titanically powerful.

Equally vital — and never less than spine-tingling — are the array of vocal expressions, ranging from horrifying roars of tyrannical vehemence to bestial growls and excruciating shrieks of wretchedness. 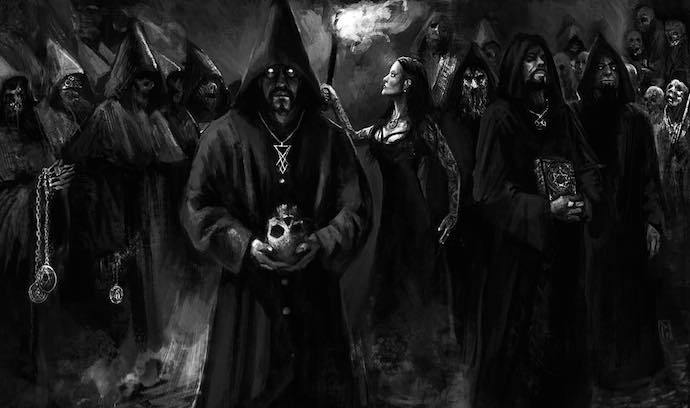 These tracks are epic excursions in the true sense of the word, musical pageants that seem to take place on a larger-than-life stage. They portray the sounds of catastrophe, raising visions of the terrible eminence of death and endless wastelands of hopeless misery, yet the music also seems to reveal visions of transcendence, a crossing over from a spreading cemetery of pulverized life to another beckoning dimension. Those other visions are spectral as well as seductive. The music gives us a sense of desperate yearning, and of eyes clouded by gleams of formless, fantastic beauty, yet there is a perilous quality in these wraithlike sounds, a feeling that these glimpses of celestial magnificence will vanish as we rush toward them, and in their place, suddenly, will be the gaping maw of an abyss, in which even more cataclysmic doom now awaits.

The music explodes with titanic force, soars to heights of immense grandeur (both beautiful and terrifying), collapses into glacial dirges of inconsolable anguish, and softly weeps like an abandoned soul. In its “physical” force, it seems capable of fracturing bone and rupturing organs, yet the music is equally capable of becoming completely mesmerizing. There are also powerfully head-moving sequences to be found here, such as the jagged, jabbing riff and pounding rhythms that repeatedly surface over the course of “Where My Pain Lies” (which is this writer’s favorite track on the album), and the music also surges forward into assaults of ravaging intensity.

High the Memory is an undeniably ambitious undertaking, and a hugely successful one, and it’s our great pleasure to present a full stream of the album today. It will be released on February 22nd by Osmose Productions in a gatefold double black LP edition, as a CD digipack, and as a digital download.

Check the links below for pre-order details and more info about the band and the album:

One Response to “AN NCS ALBUM PREMIERE (AND A REVIEW): ABYSSIC — “HIGH THE MEMORY””