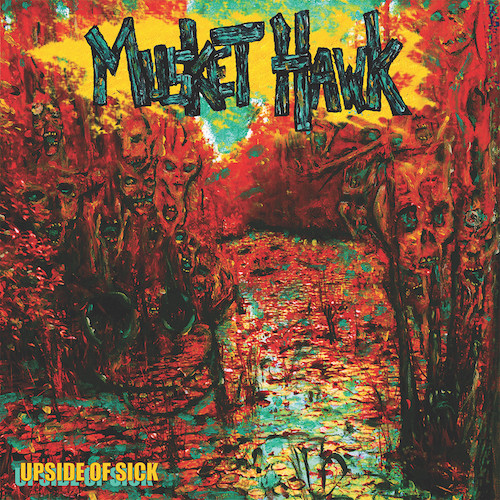 March 29th is the date set by Unholy Anarchy Records for the release of Upside of Sick, the third album by the Baltimore-based sludge/grind annihilators Musket Hawk. At least in name, this seems to be a perfect match of label and band, since the music is itself unholy anarchy.

Musket Hawk‘s rampaging music pulls no punches, capable of fragmenting skulls like skillfully deployed crowbars, and just as capably running your head through a gauntlet of raging firestorm chaos. We have a prime example of the kind of devastating and electrifying assaults they mount on the new album through our premiere of a track called “Hexagon“. 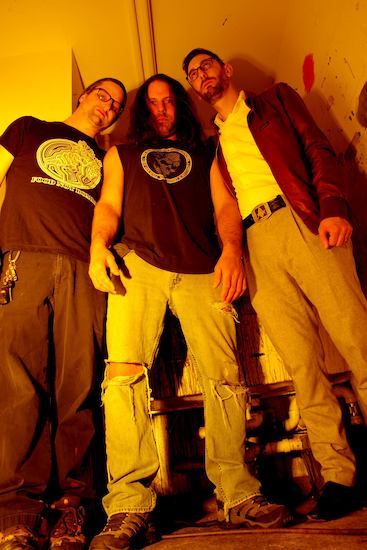 The song we have here is bruising and defiant, fiery and furious, a head-busting, blood-racing tableau of disgust and rage — with the kind of dynamic momentum that keeps people locked in the band’s tight grip. They waste no time inflicting a barrage of shrieking feedback, battering drums, and dense riffs that brawl, bray, and roil like a cauldron of poison, with the kind of monstrous roaring and livid shrieking in the vocal department that would scare the living shit out of average citizens.

Then the changes come, as the music segues into a hard-driving drum rhythm and jolting, head-moving riffs and then drops into an even slower-paced segment accented by a big bass pulse, scarring chords, and even a flash of hazy, narcotic guitar before the song ramps up to a blistering fanfare of hammering rhythms and grim but grandiose melody. Then you’ll have a chance to resume normal breathing.

Upside of Sick was recorded and mixed by Kevin Bernsten at Developing Nations. Additional recording sessions for the album took place at Electrical Studio in Chicago and Jam Room in Columbia, South Carolina. It was mastered by that master of heavy sounds, Brad Boatright (at Audiosiege). The colorfully ghoulish cover art and layout were created by G Fry. Lock in your pre-orders via the link below.