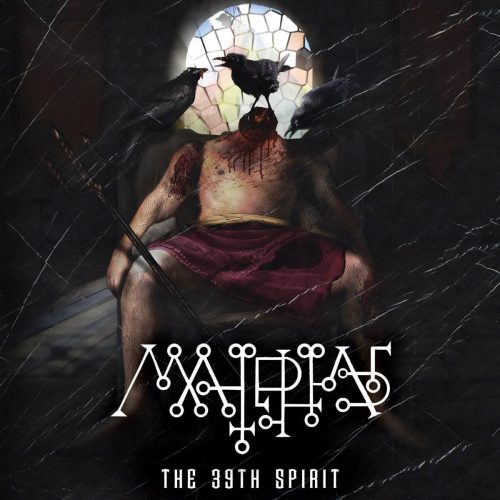 A bit of demonological internet sleuthing reveals that Malphas is a Great Prince of Hell, a fallen angel second only to Satan, with forty legions of demons under his command. According to the lore, he was the 39th of the 72 Spirits imprisoned by King Solomon — but mistakenly freed by the Babylonians. He is a builder of great citadels, and deceives those who sacrifice to him in hopes of obtaining his intervention on their behalf. He is accompanied by crows and sometimes appears as a raven himself.

That information seems relevant in interpreting what you will see in the animated lyric video from the band Malphas that we’re presenting today, a video for the song “Floods (An Act of God)“, which is the third track on this Philadelphia band’s debut album The 39th Spirit, released last October by Via Nocturna. 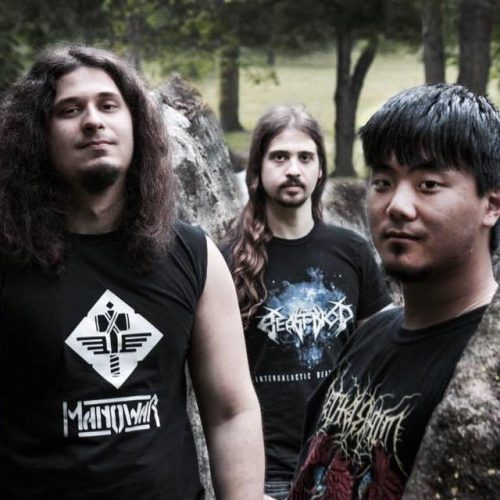 The band describe the album as “the story of man’s corruption by Malphas, in his quest to destroy the roots of organized religion”. “He forms a pact with Malphas – his life, in exchange to lead Malphas’ armies against the Church in the afterlife. But once the deed is done, by the album’s conclusion, man must face the reality of what he’s sacrificed and whether the world he’s created is actually a better place than it was before.”

Malphas (the band) was founded in 2012 by Paul DeSanctis (lead vocals, guitars, symphonics) and drummer Eric Dunleavy, and they were joined by Damian DiFrancesco (guitars, backing vocals) two years later. On their debut album, that original trio are accompanied by bassist/backing vocalist Jon Sutherland and violinist Thuy Nguyen. Together they’ve crafted a dramatic musical narrative that combines keyboard-enhanced melodic death metal with elements of black metal and progressive metal.

The song that’s the subject of the video we’re presenting is a fitting musical interpretation of this particular segment of the album’s narrative. It’s vicious and dark, moody and ominous, and near-operatic in the scale of its theatricality. The music batters and bludgeons at a rapid pace, driven by pummeling drum rhythms and jolting chords edged with distortion, its ferocity magnified by bestial growling vocals. But the theatrical quality of the music is soon revealed in the memorable chorus, through the sound of buzzing guitars, sweeping keyboards, and the celestial sounds of a female choir. As the song continues to surge forward, Malphas further accent the music with darting, rippling, piano-like notes and a flickering, swirling solo, propelling the music to greater heights of dramatic intensity.

If you enjoy “Floods (An Act of God)”, you can explore the rest of The 39th Spirit through the Bandcamp stream we’ve included below the video. The album is available here: