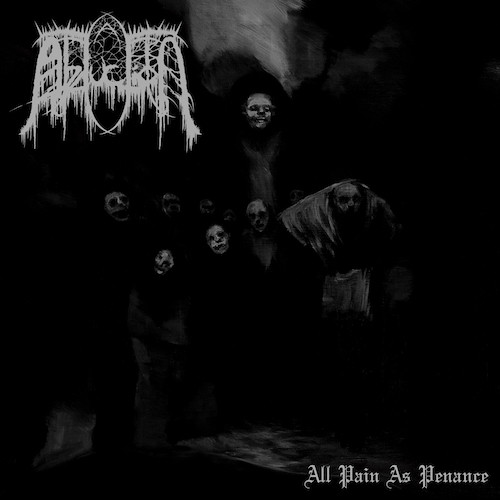 Abduction is a one-man UK black metal band whose ravaging debut album To Further Dreams of Failure we reviewed (in part) in March 2017. The band also released an album last year, A Crown of Curses, and now they’ve already got a third one geared up for release on March 29th via Inferna Profundus Records.

All Pain As Penance is the name of the new one, and “Infinite Ancient Hexes” was the first track made available for streaming a couple of weeks ago. It seized attention immediately. On that track, as on all the others, A|V handles everything except drums, which were performed by session member EG. His drumming on that first song to be revealed from the album is physically powerful, driving the pace in a plundering fury while delivering neck-cracking fills along the way. Meanwhile, the riffing creates a dismal and poisonous atmosphere, a thick, desolating miasma of sound, parsed by chiming chords that are still moody but also hypnotic, and by an incendiary solo.

It made for an absolutely explosive, irresistibly head-moving herald for this album, notwithstanding the music’s aura of pestilence and wretchedness. It rocks as well as ravages, and it’s easy to get addicted to it very quickly. But there is so much more to come from this album, and now it’s our pleasure to present a second excerpt, a song called “Prayer For Electrocution“. 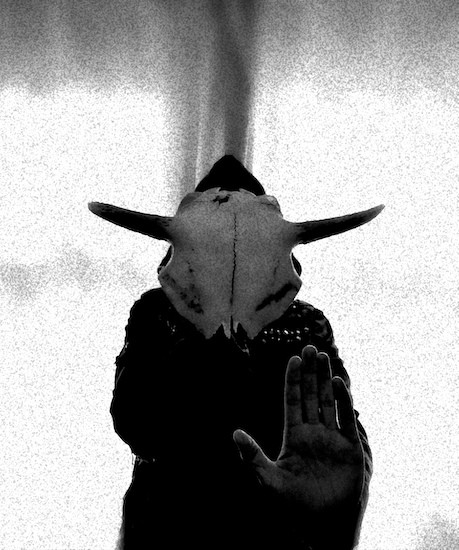 As on that previously released track, this one seems to straddle two worlds — the physical one, in which blood rushes and is spilled from veins torn open, and a shadow realm in which hungering forms savage our dreams. The violence in the music strikes like a billion-watt lightning storm, driven by another extravagant drum performance and by riffs of blazing cruelty. Guitar leads of wild brilliance swirl and flicker through the tumult. The voice comes for your throat in a howling rage.

If you pray for electrocution, the song grants your prayer. Prayed for or not, the song is electrifying.

All Pain As Penance will be released on CD, vinyl, and digitally. Pre-orders can be placed now.

And with that, listen below to both “Prayer for Electrocution” and that previously released track “Infinite Ancient Hexes“.

2 Responses to “AN NCS PREMIERE: ABDUCTION — “PRAYER OF ELECTROCUTION””