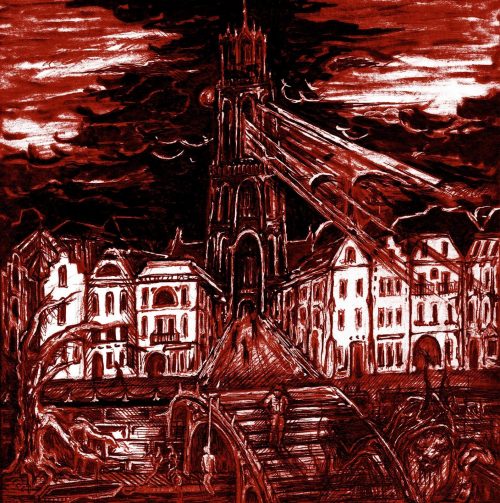 Any questions, or any other thoughts, will only come after listening to this new split we’re premiering today. While the songs are streaming, it’s hard to think at all. The music on these two tracks is such a wild, raucous, riotous experience, so full of blazing carnal vigor and blood-lusting ferocity, so supercharged with neck-wrecking rhythms and contagious riffs, that pumping your head like a piston or picturing yourself careening into other human beings in some sweat-soaked mosh pit become the immediate instinctive reactions. There’s no room left for rational thought.

The two bands on this split, Grafjammer and Wrang, are indeed both located in Utrecht, that ancient city in the center of the Netherlands. They share a drummer, and also a strong taste for sordid, filthy black metal. They recorded these two songs in a live setting at dB’s, which seems to be a combination bar, music venue, and practice space, and the energy of a live performance certainly emanates from these recordings. 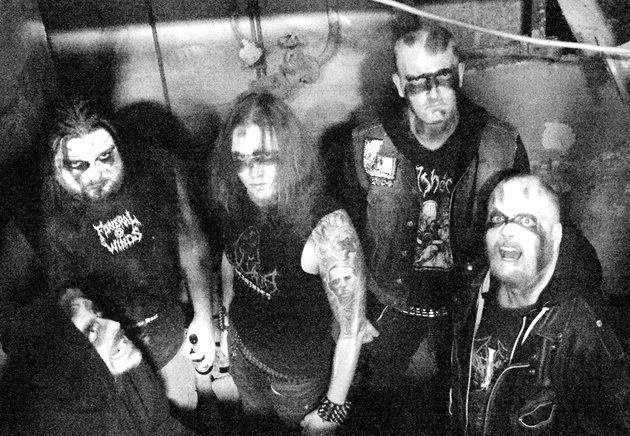 GRAFJAMMER’s side of the split is a track named “Koude Gracht“, which according to Google Translate means “cold canal”. Utrecht is threaded with beautiful canals, but there’s nothing cold about this song. It’s a remarkably dynamic, adrenaline-fueled piece of audio insurrection. The drum rhythms and patterns change constantly — pummeling, rocking, clattering, and blasting — matched by an equally vibrant bass performance. And the riffs change just as often — writhing, raking, pulsing, and jabbing. Over all these crazed and cruel permutations, the vocalist delivers his caustic snarls and pungent grunts with frightening vehemence.

It’s mainly a full-throttle attack, but there is one part where reverb and feedback provide a bridge to a slower, serpentine, eerie melody before the song ramps up to a seething boil again, and when Grafjammer rock out near the end, a fiery fret-melter of a solo puts an exclamation point on a really ripping song. 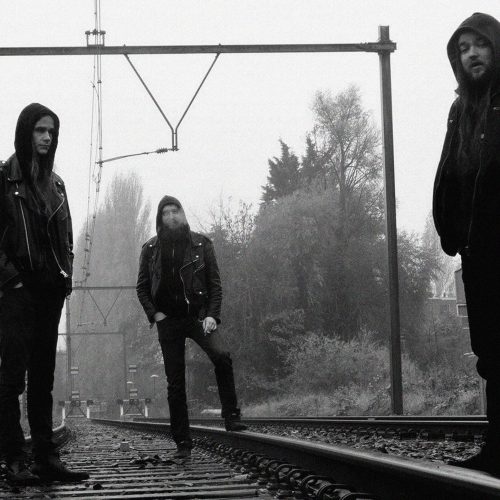 The two songs on the split turn out to be perfect companions for each other, because WRANG is equally adept at delivering pulse-pounding hellfire. Their song is “Gramme Werf” (Google translate isn’t of much help in this instance). A swirling, high-voltage riff courses through the opening of the song like a dervish, backed by blasting and hammering beats and overlaid by the vocalist’s sadistic, tyrannical howls. The riffing vibrates and rings out with a bleak yet boisterous resonance, and there’s a frenetic, flickering lead that provides an attention-grabbing bridge, joined by a rapidly somersaulting drum progression and a blazing martial snare.

The song rockets into a searing frenzy, everything going full-out, but also swings and swirls before the end. It’s a genuinely electrifying thrill-ride, and, as mentioned, a great complement to Grafjammer’s attack. 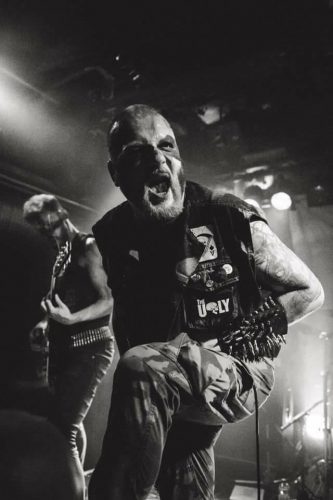 The Koude Gracht / Gramme Werf split will be released on 125 hand-numbered copies on 7″ vinyl that’s the color of clotted blood by Worship the Goat, adorned with artwork by Warhead Art. To figure out how to get a copy, check the links below.