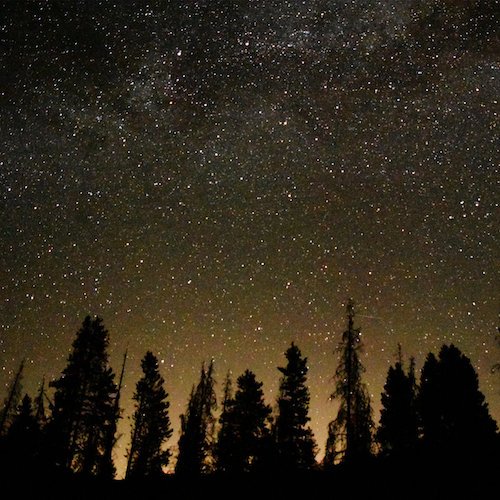 Over the course of nine albums, two splits, and one live recorded album, Evergreen Refuge (the solo instrumental project of Colorado musician Dylan Rupe) has created music of varying styles, ranging from atmospheric black metal with post-rock and acoustic elements to blackened folk. In all these variations, however, Evergreen Refuge has drawn from experiences in the wild and a deep reverence for nature as sources of inspiration for creating music designed to foster self-reflection.

But in the newest album by Evergreen Refuge, which its our pleasure to premiere in full today, Dylan Rupe has turned his attention to the stars, to the vast reach of the cosmos that surrounds our own tiny home. Entitled Skyward, the album is a single 66-minute composition, and it will be released on March 20 by A Moment of Clarity Recordings. 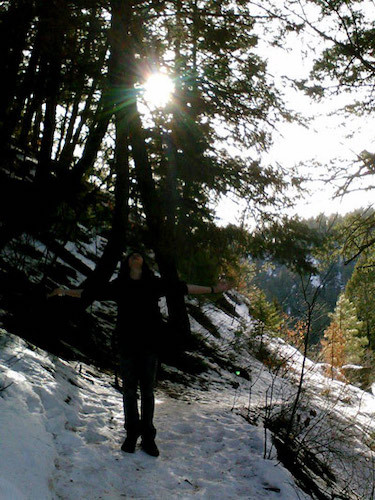 Evergreen Refuge describes the album in this way:

“It has become somewhat of a cliché to claim that the stars are our origin, yet it is still wholly true. And indeed the cosmos are a macrocosm of many of the systems we see on this small place we call home. It is no wonder the stars have been at the heart of many culture’s creation stories throughout the world.

“The universe is endless, which can make us feel insignificant. But to me it makes me feel significant. It allows me to understand the beauty of our existence and our ability to stargaze. It allows me to think about how amazing it is that I am here — that these trees, animals, water, fungi are all here. Yet I am overcome with the feeling that civilization itself is insignificant. Humanity has not been here all that long — civilization even less so — especially when you consider the vastness of that which is in the skies.

“The vastness of the stars can inspire us. It can humble us.”

The thoughts and emotions expressed in those words come through unmistakably in the music of Skyward. Not surprisingly, given the subject matter of the album, Evergreen Refuge has made significant use of ambient music in building this tremendously immersive listening experience. But while the album is often mesmerizing, it also includes eruptions of black metal intensity as well as acoustic accents (and what sound like Native American instruments), which create a shamanic atmosphere.

Across the course of the album, Evergreen Refuge creates dramatic variations of sound and intensity, but it’s not as simple a matter as moving from soft to loud or from slow to fast. Although such ebbs and flows do occur, the sonic textures have been crafted in a way that also changes the mood, and guides the directions that the listener’s mind and emotions might follow. Skyward drives thoughts inward, allowing space for reflection, and just as powerfully sends our perception outward into an endless expanse.

It creates sensations of mystery and wonder, but also of melancholy and isolation. It becomes haunting, and even harrowing, as if channeling the anxiety and even fear that sometimes arises when the vastness and incomprehensibility of the universe intrudes on our own self-centeredness, and makes our own existence seem insignificant and all too fleeting.

The album begins very softly and builds very slowly, with the shimmering drift of ethereal ambient tones gradually swelling in volume. It induces a meditative reverie almost immediately, and then Evergreen Refuge layers in the dim rhythmic thump of what might be a hide drum, which gradually becomes more prominent, like the syncopated pulse of a heart. It’s not hard to imagine gazing, awe-struck, at the endless vault of a star-lit night sky, and that feeling of majesty in the music increases as symphonic tones resembling horns and strings slowly wash over you.

The first sounds of guitar don’t appear until 12 minutes into the song, and even then its a rhythmic acoustic picking we hear, joined by another percussive ingredient, like a Native American rattle, which gives the music that shamanic resonance noted above. Then the music swells in volume through the advent of deep heaving depths and the whirr of electric guitar. Roughy 14 minutes in, the music suddenly assaults the mind with the thunder of hammering drums and waves of guitar intensity rising and falling, with high, discordant tonalities spearing the ear drums. This dramatic surge of sound doesn’t diminish the sense of wonder in the music, but it does create a feeling of being humbled by the immensity of what lies beyond us.

Such changes recur, as do melodic motifs that tie all the changing experiences together. Waves of ambient sound roll on, with craggy chords and deep bass reverberations lending weight, and with luminous guitar reverberations preserving the mood of introspection. Moody guitar notes sometimes deepen those moments of introspection, and turn them in directions that portray misery and desolation. By contrast, immense storms of decimating drums and dense, squalls of harsh, ravaging guitar get the blood racing and all nerves firing.

The ambient sounds are sometimes crafted to create a sense of tension, and the sounds of what might be deep harsh wordless emanations from a human throat enhance an ominous feeling of peril. And as all these changes unfold, folk-like picking and strumming and tribal drum patterns reconnect us to the wilderness of our own home, while grand waves of music remind us of the natural majesty of everything around us when we lower our eyes from the skies.

In short, Skyward is a wonderful album, and despite its great length, there’s no risk of monotony setting in. You’ll need to set aside quite a bit of unbroken time to absorb it, but it will be time well spent. 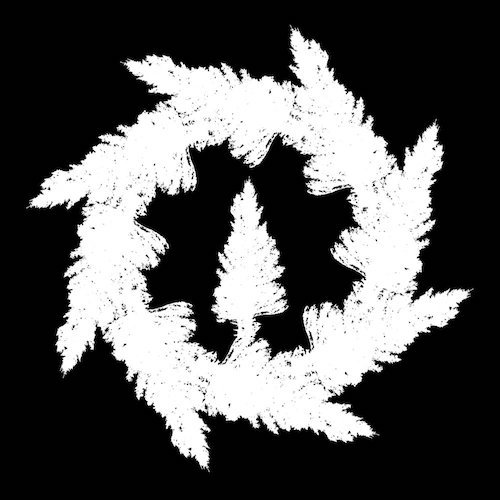 Skyward will be available on March 20 from A Moment of Clarity Recordings in three formats: digitally; a limited-to-100 CD housed in a black Arigato pack, featuring art created by Derek Schultz and a four-panel insert of photography by Infinite Forests; and an edition of 50 blue cassettes within an o-card featuring photography by Infinite Forests, all housed in black brad packs sealed with gold wax and stamped with art on the front.