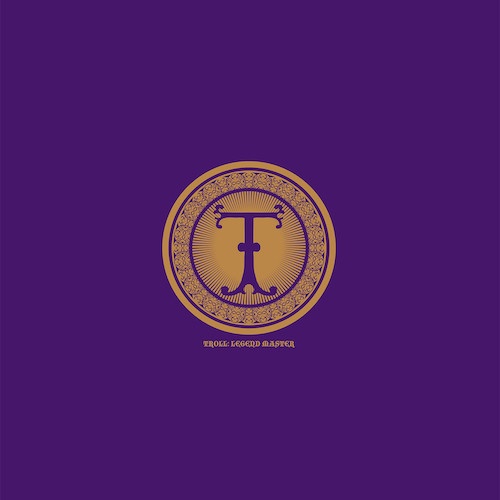 This is another day when newcomers to our site will become confused, or will complain about “bait and switch” tactics. For those folks, let’s be clear up-front that we do make exceptions to that rule brandished in our site’s name. It doesn’t happen often, and when it does it’s well-earned, as it is in the case of the song by Portland’s Troll that we’re premiering in this post.

The band’s frontman, Rainbo, really does have a remarkable voice — clear, strong, and capable of channeling varieties of emotional intensity with gripping force. In this new song, as in others from Troll’s new album, Legend Master, he pairs parts of his range to create harmonies of haunting power. His voice is a dominant presence in the music, but it’s far from the only appealing ingredient in the music, as you’re about to discover. 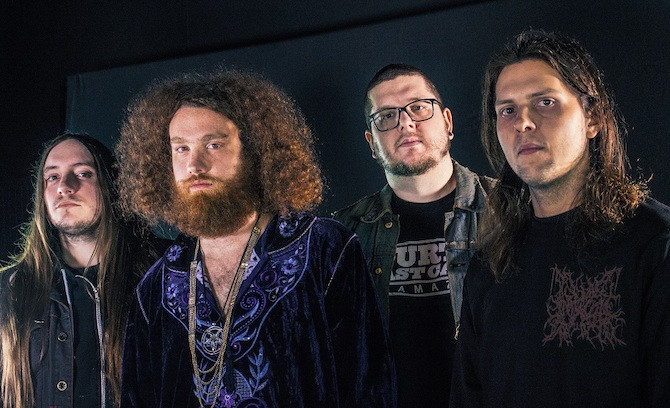 Legend Master will be released by Shadow Kingdom Records (in a wide variety of formats) on April 12th. It consists of five tracks, two of them clocking in at more than eight minutes and the other three exceeding 10 minutes. They’re geared toward immersion and enthrallment, toward drawing the listener into mythic shadow realms of loss and lament.

But this isn’t the kind of spellcasting that depends upon endless sonic narcotics to achieve its mesmerizing impact. There’s a degree of intricacy in the compositions (one might even bring out the word “progressive”) which accounts for much of the music’s appeal, and beautifully soulful guitar work to go along with the hauntingly beautiful vocals, as well as the kind of mountainous heaviness that shakes the bones.

The song we present today is “Legend Master, Book 2: Three Evil Words“. It might leave you wondering whether there’s a Book 1 (there is) and what it sounds like — and fortunately that song is also available to your ears. Book 1, sub-titled “Proverbs of Hell“, is introduced by slow, haunted guitar picking, with a “back woods” feel. As the other instruments join in, the music becomes more hypnotic, while creating contrasts between a craggy, fuzz-bombed low end (and heavyweight drum blows) and both the high guitar melody and Rainbo’s striking vocals. The song is sorrowing and highly seductive, made even more sorcerous by a wavering, bluesy guitar solo that seems to have psychoactive properties.

The new song, “Book 2“, is slightly more up-tempo at first, and treats you to a guitar solo almost immediately, but then settles into a slow, lumbering pace as a mood of funereal grief descends. The vocals are just as remarkable, matched by a wailing lead. The drums go off like heavy armament and Rainbo sends his voice skyward, but the intensity subsides, the music alternately becoming more introspective and bleak, and then more catastrophic. There are electrifying moments in the music, but it also oozes misery and despair like congealing blood from an open vein. Near the end, the vocalist repeatedly rockets his voice toward new heights of intensity as the band bring the curtain down with a heavy mantle of oppressive calamity. 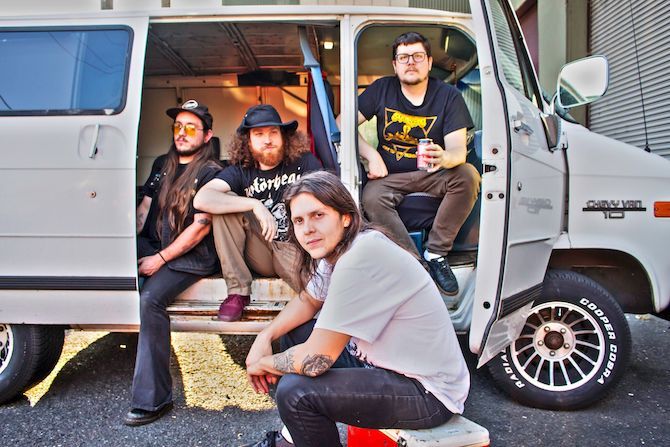 With good cause, Shadow Kingdom Records obviously has great confidence in Legend Master, providing for its release on CD, vinyl LP, and cassette tape, as well as digitally, and recommending it for fans of Pallbearer, Warning, Solstice, and The Lord Weird Slough Feg. You’ll find pre-order options below, along with the two tracks discussed above.

And for those within striking distance of Portland (OR.), Troll will be performing a record-release show on April 9 at Doug Fir Lounge along with Maestus and HRNN.