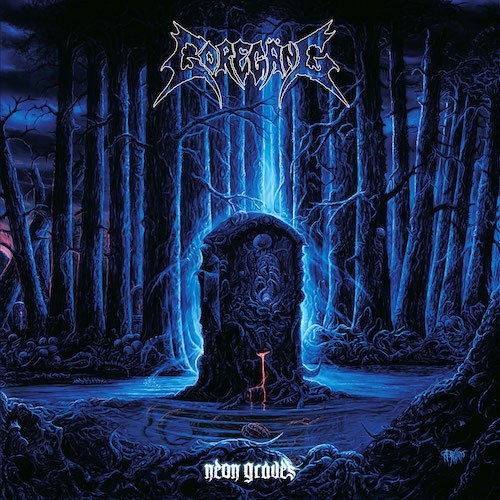 Juanjo Castellano strikes again, with a wonderful piece of artwork (augmented by a Mark Riddick logo) for the debut album by Goregӓng, a piece that’s both reminiscent of the great Kristian “Necrolord” Wåhlin and also captures the feeling of the album title itself: Neon Graves. And in turn, that album title is an entirely fitting preview of the music that Goregӓng have created, which is preternaturally vibrant and morbidly gruesome (among other things).

That the album is so sure-handed and so murderously exuberant should come as no surprise, given that Goregӓng is the work of two men — Jeramie Kling and Taylor Nordberg — who between them have resumes that include such names as Ribspreader, Wombbath, Venom Inc., and The Absence. After an introductory EP in 2017, they’ve now delivered a compelling full-length amalgam of death metal, crust, and grind. A couple of songs from Neon Graves have already surfaced, and now we’ve got one more for you. This one is “Cathedral of Chemicals“. 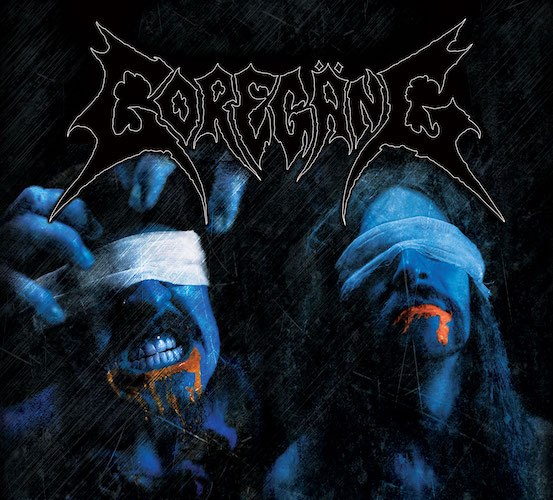 Goregӓng’s proclivity for switching things up from moment to moment, even in tracks of compact length, is clearly on display in this newest song. It begins as a lurching and jolting monstrosity, a Frankensteinian creation made of corrosive riffage and queasy, morbid leads. The music then coils up like a serpent preparing to strike, and uncoils into a romping juggernaut of vicious, scything, hammering, and groaning chords, battering snare-work, and pummeling double-bass flurries. Jeramie Kling‘s riotous vocals don’t stay in one place either, mixing savage serrated howls, livid gang shouts, and gruesome gagging tones, enhancing the song’s macabre and barbarous appeal. 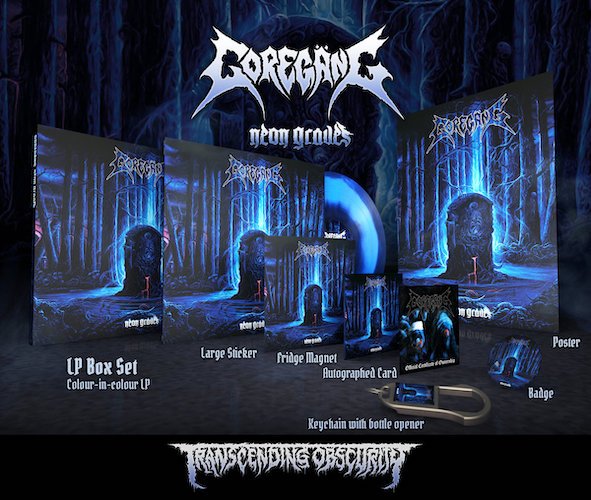 Neon Graves will be released in a variety of formats on May 20th by Transcending Obscurity Records, which recommends it for fans of Ribspreader, Autopsy, Broken Hope, Paganizer, early Wombbath, Bones, and Insect Warfare. Pre-order info is below, along with all three tracks from the album that have now been made available for streaming.

2 Responses to “AN NCS PREMIERE: GOREGÄNG — “CATHEDRAL OF CHEMICALS””