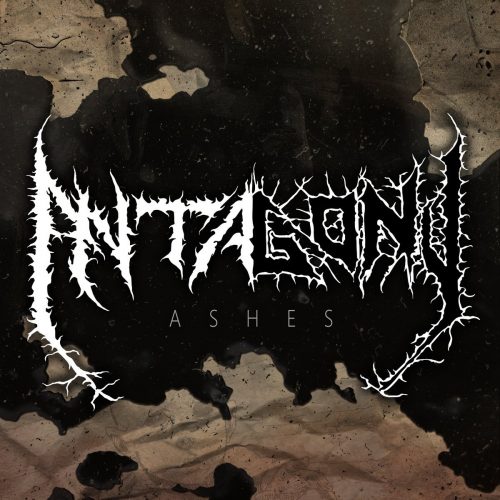 Five notes, one minute, a medley of blast-beats, and scorching vocal fury. Those are the key ingredients to “Useless Fake“, though the impact is far greater than such a simple description might suggest. But there’s something else about the song that’s almost equally important, and that’s its historical significance — so let’s begin there.

“Useless Fake” first appeared on Expect the Worst, the first EP and second release overall by the Bay Area band Antagony, who became one of the pioneers of deathcore, integrating elements of death metal, grind, and hardcore in ways that really hadn’t been done before. After a decade of making music (from 1999-2009), the group disbanded, and its members went on to form or join such bands as Oblivion, All Shall Perish, Hacksaw to the Throat, Suffokate, Oblige, Misericordiam, Connoisseur, and more.

But now Antagony has risen from the ashes, with a line-up that includes all original members from that first decade of the band’s existence, and they’ve recorded a new album named… Ashes. The album includes new recordings of a selection of tracks that all date back to demos and EPs released from 1998-2000, and the title track, which is brand new. But even the old songs sound new, in part because the performances have now been executed by a veteran group of musicians, and in part because of the power of the production.

Antagony are unveiling one new song every week, concluding with the title track “Ashes” on the day of their album release/comeback show May 25, 2019, at the Oakland Metro Operahouse, and we’re happily presenting this week’s new song — that righteous blast named “Endless Fake“. 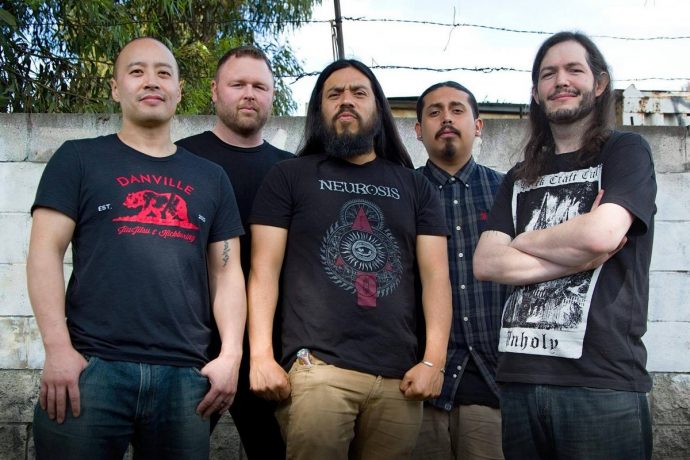 Before we get to that song, here are the talents (and their vintages with the band) who have come together again as Antagony 2019:

And here’s a comment from Nick Vasallo (Oblivion) about what led to this new album:

“These songs are 20+ years old. Written in our bedrooms and garages. We were so young…so there is a raw and fresh energy within these songs. Antagony wasn’t trying to fit in a genre; we just wanted to write a sick part that would flow into another sick part. I was just getting into extreme metal so death metal, grindcore, hardcore, doom, slam, and metalcore were all on the same playing field. We recorded and released these songs as demos and EPs from 1998-2000. But they never got the proper production. It always bothered us, like an itch that never got scratched. Relearning and transcribing all these old songs was like sifting through forgotten memories. At the end I decided to write a new song called ‘Ashes’ to symbolize the reawakening of Antagony.”

As for this week’s new song, listening to “Useless Fake” is liked being transported into a war zone in the midst of a furious fire fight, immediately assaulted by bludgeoning and battering drums, the jolting pulse of deep, powerful riffs, and the fury of gargantuan roars and wrenching shrieks. The episode of bone-mangling, pulse-pounding violence is almost overpowering — and over almost before you know it. But we can assure you that the impulse to run through it again immediately will be reflexive.

Look for more songs from Ashes each week between now and May 24. And if you can make it to the band’s comeback show in Oakland on that night, you can pick up tickets here:

Ashes was produced by Nick Vasallo and Zack Ohren. It was recorded, mixed, and mastered by Zack Ohren at Sharkbite Studios in Oakland on February 17th, 2019, and the artwork was created by Michael Alvarez and Chuck Ennis. Two more songs are now streaming at Bandcamp, so get over there and check ’em out (and you can order the album there at the same time).