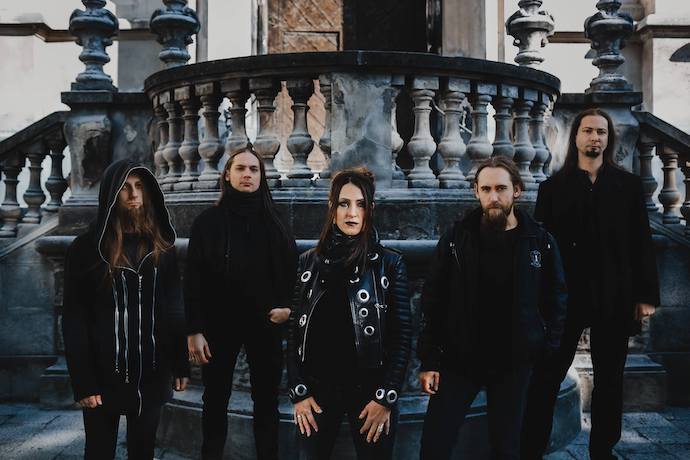 This is a song dominated by two powerful voices, one male, one female. As you see and hear the lyrics in this video, you can interpret their interaction as a dramatic conversation that indeed happens on the edge of an abyss — one voice bitter, resigned, and hopeless, and the other offering earnest encouragement to go on. The hard-hearted among us may dismiss the encouragement as too earnest, and find the bitter resignation more familiar and realistic. But the music and the voices are so emotionally powerful that perhaps they will pierce even the hardest of hearts.

Obviously, that’s what happened to me, or you wouldn’t be seeing this premiere at our site. And it happened even though — or more accurately because — Marianna Laba‘s soprano voice is so clean and pure, which of course makes the song (in part) an exception to the “rule” in our site’s banner. It’s only an exception in part because that other voice is harsh and harrowing — and gargantuan in its gravelly tone. 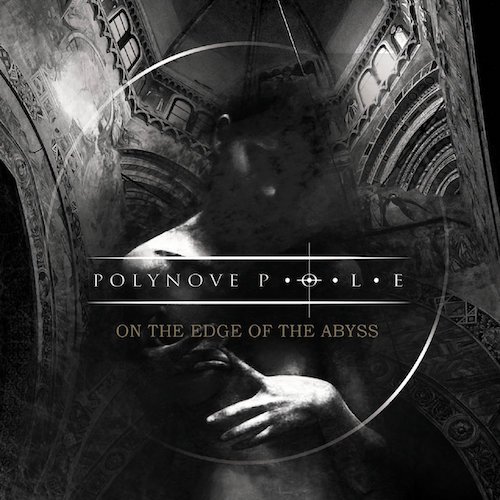 The band is Polynove Pole (Полинове Поле), whose Ukrainian name means “Wormwood Field” in English. Along with Ms. Laba, the line-up includes Andriy John (bass, vocals), Yuri Krupyak (vocals, guitars), Andriy Dyvozor (keyboards), and Lycane Graven (drums). The song featured in this new video is the title track to their latest EP, which first appeared in November 2017 and was re-released by Moon Records in April 2018.

The voices do seize attention in this title song, which in genre terms is a hybrid of gothic doom and death metal, but the music around them is also powerful and penetrating — though it is haunting and ethereal at first. There is a strong pulse in the music after the dreamlike reverberation of the opening notes disappears, the kind of pulse that gets the head moving, even though the vibrancy of the riffing and the potent sounds of the rhythm section are shaded by a contrasting gloom as the conversation unfolds.

The intensity of the music ebbs and flows — at softer moments, Marianna Laba‘s voice carries the melody, backed by bass and drums, and at the peaks of its intensity the guitar becomes a writhing, skittering, frenzied presence and the drums erupt in rapid-fire bursts. In its final crescendo, the voices become a duet, though it is the male voice whose words we hear, as the female one wails, as if it is she who has lost the argument. (This is doom, after all.)

It is also the kind of song that is very memorable, the kind that continues to vibrate in the mind after it ends, the kind you may find yourselves humming or singing with a voice in your head long after it’s over. 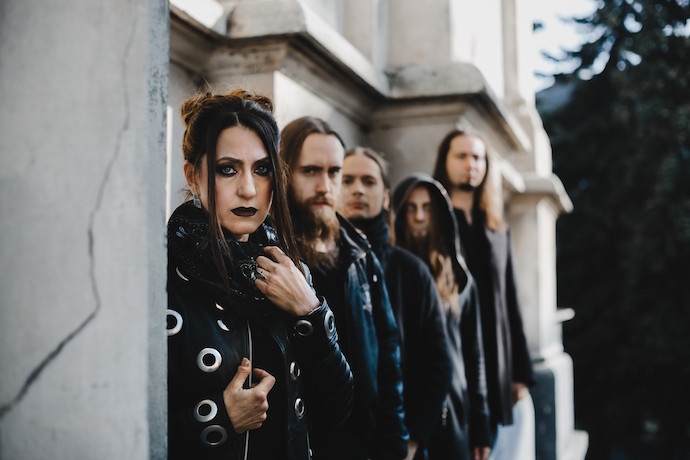 Is the song about suicide? Decide for yourselves, and in the meantime enjoy the beautiful imagery in the video, and of course we hope you will enjoy the music as well. You can find the entire EP, On the Edge of the Abyss, at Bandcamp.