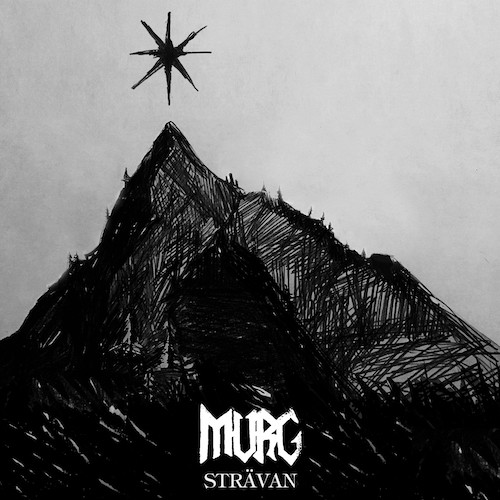 In 2015 the enigmatic black metal duo Murg, who come from the rural mining areas of Bergslagen, Sweden, began a conceptual trilogy with their remarkable debut album Varg och Björn (“Wolf and Bear:), which delivered memorable, atmospheric melodies within thorned membranes of ripping savagery. Roughly 18 months later they continued their narrative with Gudatall (“Godpine”), an album that might have been even better, encompassing music that was both incendiary and staggeringly downfallen. And tomorrow they will complete their terrible tale with the release of Strävan, which is the most overpowering of all the albums (in more ways than one).

Murg’s narrative concept, which has inspired the three albums, is profoundly bleak, summed up in these excerpts from the press materials provided by Nordvis Produktion, which will release the new album on April 26th: 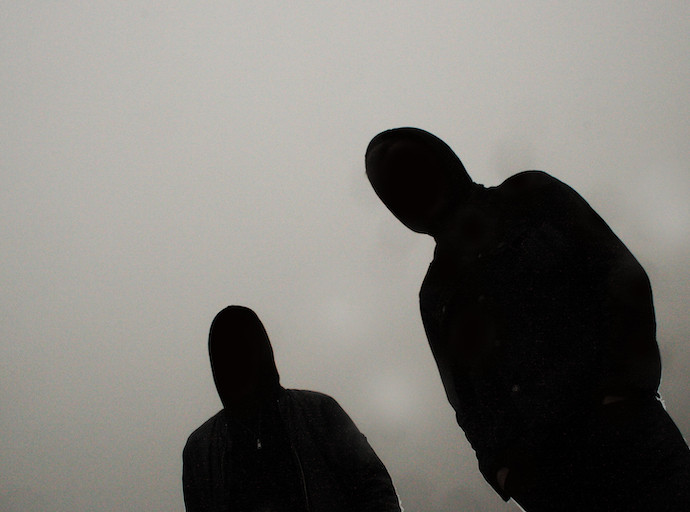 “Varg och Björn [was] a concept album that conveyed the notion of humankind’s total uselessness and its cyclical attempts – and constant failure – at achieving co-existence with anything on this earth. Civilization is a myth that foreshadows the one and true god: Nature, and the parasitical humans have long since used their right to exist. The punishment is death, and Nature will be the executioner….

“Strävan – ‘striving’ or ‘endeavour’… finalizes the trilogy…. [I]n this final chapter, humankind as we know it with all our flaws and perversions no longer exists: a new form is created, a perfect beast born to sacrifice itself to end the entire universe. Strävan is the long audial march to the altar of cosmic destruction”.

In addition to being obviously catastrophic, this narrative arc takes place on as grand a scale as one could imagine. The music is equally towering in the magnitude of its impact, as you will discover through the full stream of the album we are privileged to present today.

As noted at the outset, the album is overpowering in more ways than one. The force of its sound is stunning, the music produced in a way that is potent and piercing. The riffs, begrimed with abrasion and yet reverberating like giant bells and shimmering chimes, enter the brain like lances. The heavyweight bass pulses in the bone marrow. The drums crack the neck like sledgehammers. And the vocals feel like a blowtorch to the face.

On another, equally important, level, the emotional intensity of the music is just as overpowering. The melodies are persistently spellbinding, but full of devastating despair and rage, portrayed on a near-mythic scale. They change subtly within each song, and the changes successfully reveal all of the music’s harrowing dimensions.

It’s far from easy to make black metal of such devastating purity and power, with such head-hooking appeal and such visceral impact, and yet somehow Murg have now done it three times in a row, not flagging at all as they’ve moved from album one through album three, but if anything gaining strength, sharpening their blades to an ever-more dangerous edge. 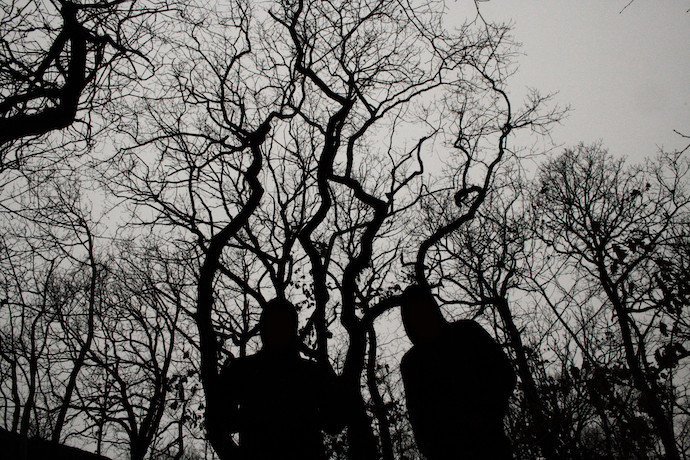 With the stream of the album readily available below, there’s no need for me to say more, but I thought I would nevertheless do what I rarely do, and provide the notes I made to myself as I listened to each song, simply because each one had such an unusually strong effect. A few adjectives recur, but that may also tell you something.

What an immediately astonishing way to begin — with piercing, darting notes, a bit begrimed but still ringing like celestial chimes. The unfolding melody is intense and melancholy, becoming increasingly fiery in its pain, all these sensations channeled through writhing and squalling tremolo riffs, rising and falling, a mix of hammering and stately beats, and truly scalding vocals.

Speaking of pain, this song is overwhelming in the intensity of the affliction it embodies. Piercing, rippling notes burn in a fever, matched with slow bass tones that resonate like piano chords and with shrieks of horrifying extremity. Slow, moody picking furnishes a brief reprieve, and then Murg throw at the listener a wall of scorching guitar ferocity whose melodic character is one of soul-splintering anguish and beleaguered hopelessness.

What a magnificent whirlwind of flames this is — whipping in a fury and rising in a column of blinding brightness and searing heat, an expression of terrible grandeur. The music transforms into an ominous black storm, no less explosive in its power but an order of magnitude more doomed and crushing — and then transforms again, giving way to a ringing dual-guitar harmony that’s moody and captivating

A head-nodding cadence and another wholly enveloping shroud of dense, whirring guitars, whose gloomy, forlorn aspect becomes more frenzied and despairing as the drums begin to hammer. And once again, the music changes, becoming more introspective and beleaguered, like the wandering of a lost soul.

Immediately, a conflagration of desolation, the deep guitar vibrations and hammering bass channeling catastrophic emotional fracturing, segmented by slower, staggering movements with booming drums and febrile leads that seem to manifest a final resignation to a future of no light.

Launched with a slow, pounding rhythm and a riff that’s both immense and foreboding, the music is laced with leads that seem… grasping… like flailing fingers raised high by a man on his knees wracked with loss, bowed before a heartless and heedless god. Not for the first time on the album, the music also swells to a cataclysm of terrifying power.

By contrast to the conclusion of the last song, this one begins with glorious ringing guitars over battering drums and a pummeling bass. The song soars, and makes the heart swell, but despite its sweeping magnificence, this is still bleak, and eventually morphs into gale-force winds of torment, the sounds of fierce defiance haunted by the near-certainty of defeat.

Like the last song, the opening melody of this final track is glorious, but with a sweeping, panoramic quality. Yet it has the cold atmosphere of winter winds and icy rain. We lean into the frigid blasts, small, humbled, and isolated. The vocals are (as always) incinerating, and the music becomes titanic in the strengthening of its grim power. At the end, the ground seems to be fracturing, revealing a voidlike whirpool that has swallowed the disease of humankind. 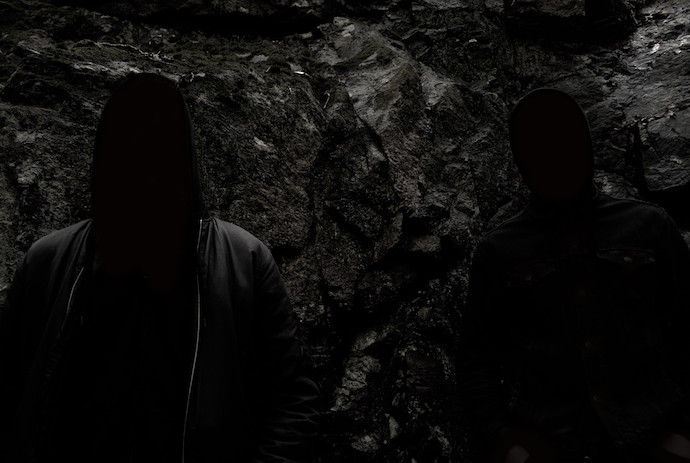 This really is a tremendous album, and one whose power will likely endure far beyond the coming weeks, one that’s likely still to be top-of-mind come the end of the year.

Nordvis will release Strävan on CD, vinyl, and digitally, and you can pre-order it now:

2 Responses to “AN NCS ALBUM PREMIERE (AND A REVIEW): MURG — “STRÄVAN””