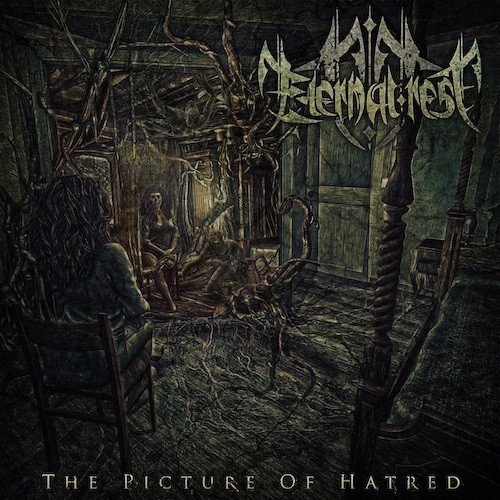 Ten years after the release of their first EP, Seize of Anubis, the Australian death metal band Eternal Rest will be releasing their third album on June 7th through Gore House Productions. The title is Picture of Hatred. Dan Swanö mixed and mastered it. Remy Cooper created the cover art. Good names to have on your side, especially when you’ve created music as powerful as this.

The album title is no exaggeration. Most extreme metal is aggressive, but Picture of Hatred genuinely comes for your throat… and your bones and internal organs. It’s fierce and punishing in a way that knocks you back on your heels, with enough electricity to power a decent-sized city.

It’s also clear that the band didn’t spend the ten years since their first record treading water — they’ve become quite skilled in writing songs that mercilessly dig their hooks into a listener’s head at the same time as they’re cracking it open like an egg. 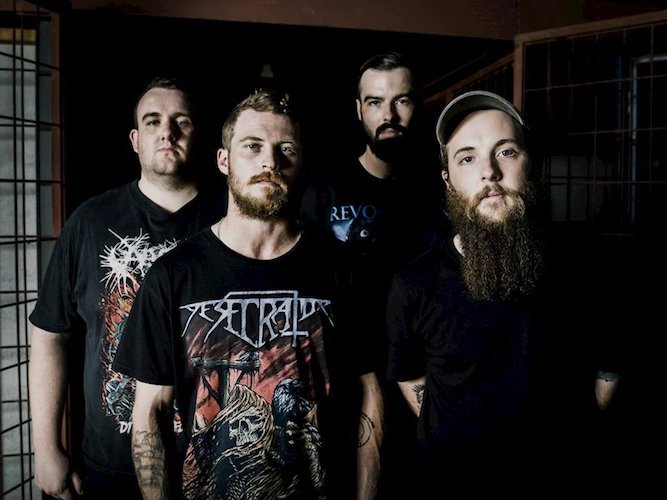 The song we’re presenting today is “The Will of Death” (no more a throw-away line than the album title), packaged with a video of the band’s live performance that just amplifies the raw, cathartic, adrenaline-triggering energy of the music.

Speaking of raw, Shanon Davern‘s savage roar is raw, a channeling of red-throated fury that’s more in line with hardcore than your typical death growls, and leaves no doubt that you’re about to get a beating. And speaking of hardcore and beat-downs, there’s a brutally pile-driving breakdown near the end that’s guaranteed to wreck necks.

But before you get to that crushing finale, the song is a megawatt pulse of power. All sorts of things pulse in the song — Michael Hunter‘s skull-cracking snare beat (you’ll know the one I mean), Jake Kaiser‘s darting and jackhammering riffs, Anthony Postlethwaite‘s bruising bass notes — and they get your own pulse going hard.

The pulse of the music is part of what digs the hooks into your head, but the melodic components of the song dig in, too. They have that exotic Middle Eastern air which has drawn comparisons of the band to Nile in the past. The interweaving of them into a song that’s so viscerally explosive is a testament to that songwriting skill mentioned above.

Though sharply executed, it’s not a technically fancy song, but somehow manages to be pyrotechnic anyway. Hope you dig it, because I sure do. To add more color to what you’ll see and hear, we’ll share these comments about the track from Shanon and Jake:

Shanon: “‘The Will of Death’ is written about a loss of faith. Whether it be religious or personal and giving in to darkness almost to a point of worship. To become so comfortable in pain it comes to a point of wishing ill upon others and believing, absolutely, that death is the only way out.”

Jake: “‘The Will Of Death’ track itself was one of the first tracks written and fleshed out in the jam room for this upcoming release. The Will Of Death also really helped shape the remaining tracks and overall feel for the album. A more thrashy approach that ties it all together, picks up ferociously in the ending with one final neck snap.” 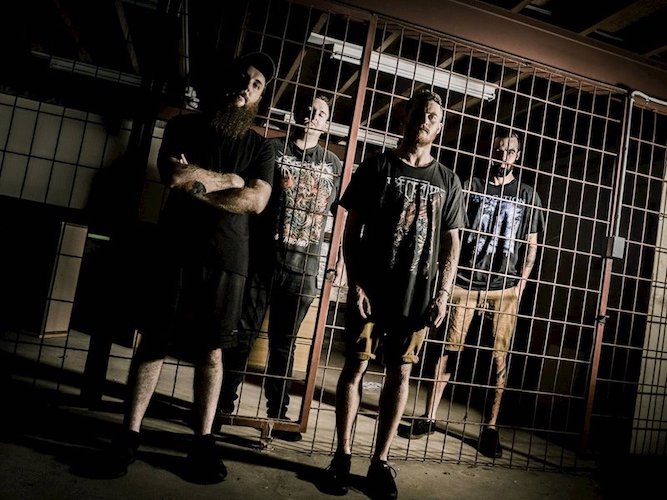 As a further sign of what Picture of Hatred holds in store, we’re also including a previously released video for the song “Walk With Me” — though even these two songs don’t fully reveal everything you’ll encounter on the album. Keep a watch on the band’s social media because there might just be something else coming your way from the album before the June 7 release by Gore House. You can pre-order now:

One Response to “AN NCS VIDEO PREMIERE: ETERNAL REST — “THE WILL OF DEATH””