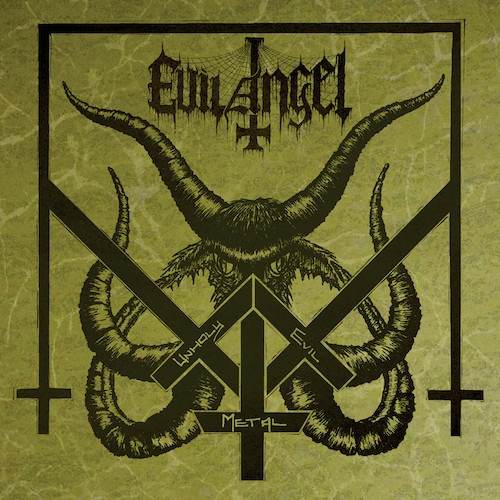 Heavy metal, even in its most extreme forms, was never just one thing, even in its earliest formative years, but as the decades have passed it has flourished into nearly countless permutations. It may be impossible today to identify any common qualities that unite the sprawl of genres and sub-genres, but a case could be made that at its core metal conveys strength, defiance… and evil.

Even if those qualities aren’t universal across the current landscape of extreme metal, they are unquestionably hallmarks of Evil Angel’s brand of vicious black thrash. Founded in 1998 in Lahti, this Finnish band discharged a stream of demos, EPs, and splits beginning in 2002, leading up to their 2007 debut album, Unholy Fight for Metal. A long dozen years of near-silence have passed since then, but Evil Angel are finally returning (with a new rhythm section in place), and on May 31st Hells Headbangers will release the band’s second album, with a title that continues to brandish what Evil Angel have always stood for: Unholy Evil Metal.

One song from the album (“Nekro Black Mass“) has already been uncaged upon the world, and today we’re setting loose a second one — “Sacrificial Slaughter“. 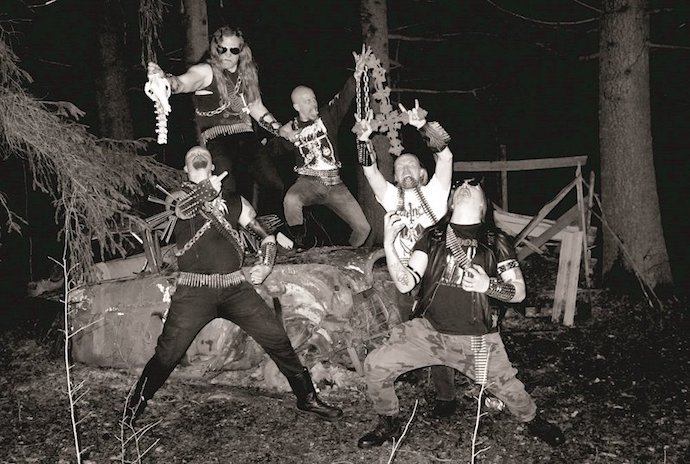 “Sacrificial Slaughter” is a prime example of the new album’s devotion to those qualities mentioned at the outset — strength, defiance, and a thoroughly evil atmosphere. It has a feral, animalistic, near-primitive energy, and a primal kind of appeal. Driven by mercilessly battering drums and bubbling bass lines, it’s anchored by nasty skittering riffs interspersed with blaring (defiant) chords that together create an excoriating storm of boiling ferocity and bleak, cold cruelty. In the back half of the song, the riff transforms into a jolting, highly headbangable sequence — and of course that’s another quality that should be added to the core qualities of heavy metal.

Throughout this electrifying romp, original vocalist Orgasmatron is a foul, bestial presence, issuing reverb-drenched roars, gagging howls, and pungent grunts in a way that makes you think human flesh is his main form of nourishment. And this song is definitely nasty nourishment for a devoted metalhead. 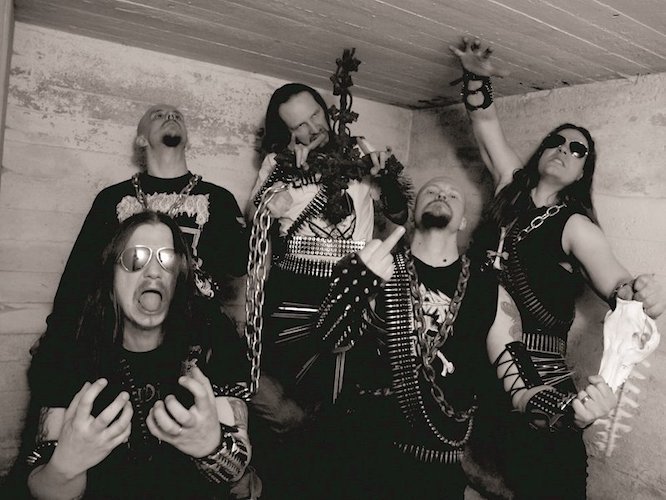 Hells Headbangers will release Unholy Evil Metal on CD, LP, and cassette tape. Again, the release date is May 31st, but you can pre-order now: